Gunsmoke Farms in the USA is harvesting in a big way. Contracted combines do their rounds in wheat and pea fields as far as the eye can see. With his image, photog­ra­pher George Stein­metz captures the expan­sive nature of South Dakotan food produc­tion.

At 14,000ha, Gunsmoke Farms’ farm­land stretches as far as the eye can see – but change is afoot in this conven­tion­ally farmed land­scape. Gunsmoke Farms grew organic wheat for the first time in 2020.

Helping with Gunsmoke Farms’ harvest is contractor, Olsen Custom Farms.  Every year, between March and November, Olsen moves his workers and equip­ment from Southern Texas to Northern Canada to help farmers with their harvest. These 11 S-Series combines are part of an 80 strong fleet making Olsen the largest contractor in the United States, and one of John Deere’s biggest customers.

A drone and patience

Following the contractor’s crew and sitting in the cab of the machines at work, photog­ra­pher George Stein­metz needed a drone and eight days of patience to achieve these aerial shots. He got what he wanted, images that would give people a glimpse of the effort that agri­cul­ture puts into supplying the growing world popu­la­tion with food. 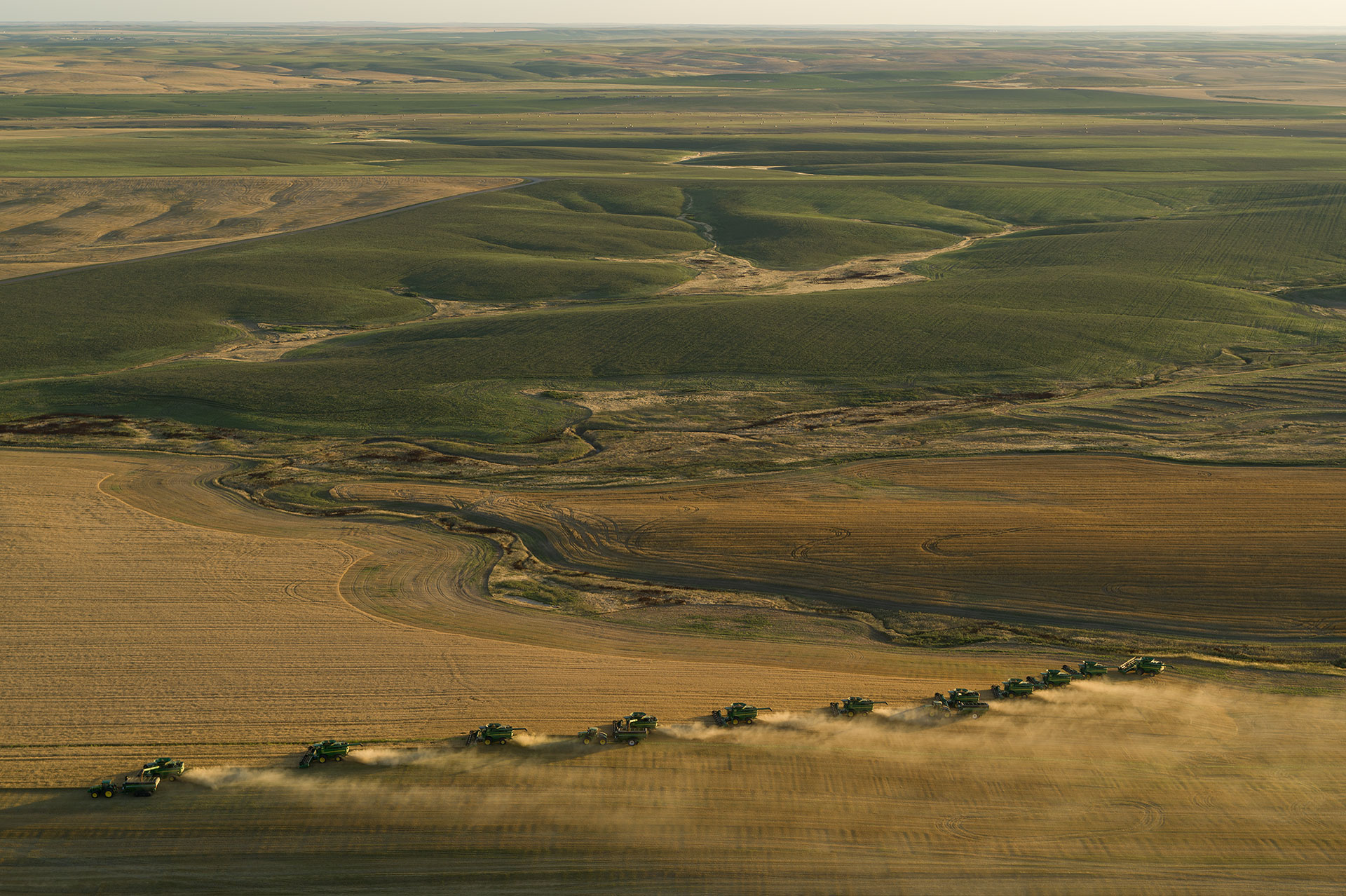 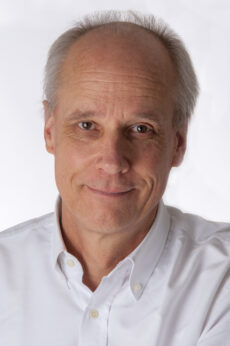 With his project – Feed the Planet – Mr Stein­metz shows, among other topics, how agri­cul­ture meets the chal­lenge of feeding growing popu­la­tions – in this instance, through high produc­tivity. He is committed to more trans­parency in food produc­tion, because he thinks it affects us all: “If we know more about how our food is produced and what impact it has on the envi­ron­ment, we can make better deci­sions on what to eat.”

However, Mr Stein­metz empha­sises that this cannot be broken down into a debate that pigeon-holes organic farming as good for the envi­ron­ment and conven­tional farming as bad. “Gunsmoke Farms had to make enor­mous efforts to get the weeds under control,” he says. “As a result, they used two to three times more diesel than before and damaged the soil through cultivation.”