Waste­water minus water and cont­a­m­i­nants equals a very potent, and more impor­tantly, recy­cled, fertiliser. The Swedish company EkoBalans aims to capi­talise on this as it develops a more sustain­able NPK fertiliser.

Sow a seed and next year harvest it as a plant. Take a seed from that plant and re-sow it and you have a new plant. Recy­cling is the very nature of farming. The problem has been that some of the inputs being used; fertiliser for one, are not as sustain­able – and that is some­thing that the Swedish group EkoBalans has focused on when devel­oping a sustain­able full-bodied NPK fertiliser from recy­cled waste­water.

The fertiliser not only contains nitrogen and phos­pho­rous but also organic matter to build up the humus content in the soil. The nutrient gold­mine in urban waste­water has been long-known and many attempts have – and are – being made to harvest it. And EkoBalans thinks it has found a formula that will work. 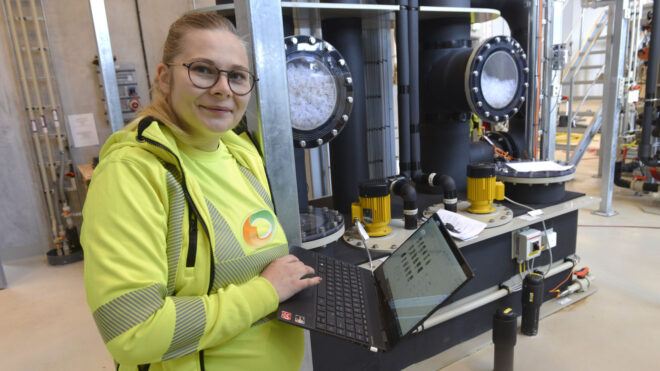 Recy­cling plants instead of water-treat­ment plants

“The problem with today´s water-treat­ment plants is that they are not constructed to recycle nutri­ents; just to clean the water so the nutri­ents become too diluted,” says Phd biol­o­gist Gunnar Thelin, founder and owner of EkoBalans. “There is no economic value in extracting the nutri­ents and trans­porting masses of water long distances.”

A further problem is that chem­i­cals are used to remove phos­phate from the waste­water making the nutrient unus­able for farmers. The EkoBalans solu­tion is to remove water to produce a solid fertiliser. “If you instead use a biolog­ical method for extracting the phos­phate, and that is not diffi­cult, it would be reusable for us,” says Linnéa Koll­berg, process engi­neer at EkoBalans.

Despite the low concen­tra­tion of nutri­ents in the enor­mous flows of waste­water, its process, which builds on sepa­rating much of the water from the nutri­ents, is able to pick up some 20-25% of the phos­phate (if it has been cleaned biolog­i­cally) and about 15 % of the nitrogen in current waste­water plants. That is accept­able but would be so much higher if the plants were remod­elled.

“We´ve made the assump­tion that today´s water-treat­ment plants will have to be re-modelled into nutrient recy­cling plants,” says Mr Thelin. “And extracting just phos­phate wouldn´t be enough to make us rele­vant.” Focusing on capturing nitrogen from the waste­water has there­fore become the base for further devel­op­ment. 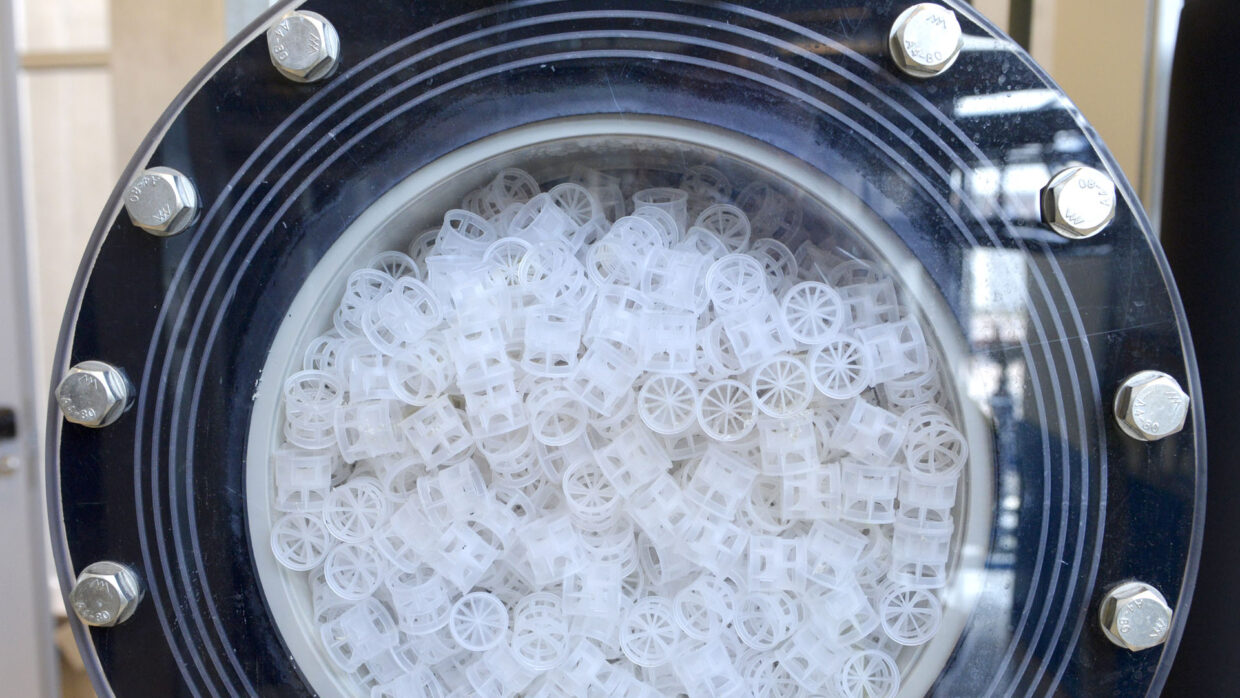 Plastic carriers in the stripper chamber. Their func­tion is to spread the ammo­nium-rich fluid on an as large surface as possible in order to maximise the trans­for­ma­tion of the ammo­nium from liquid to gas form. 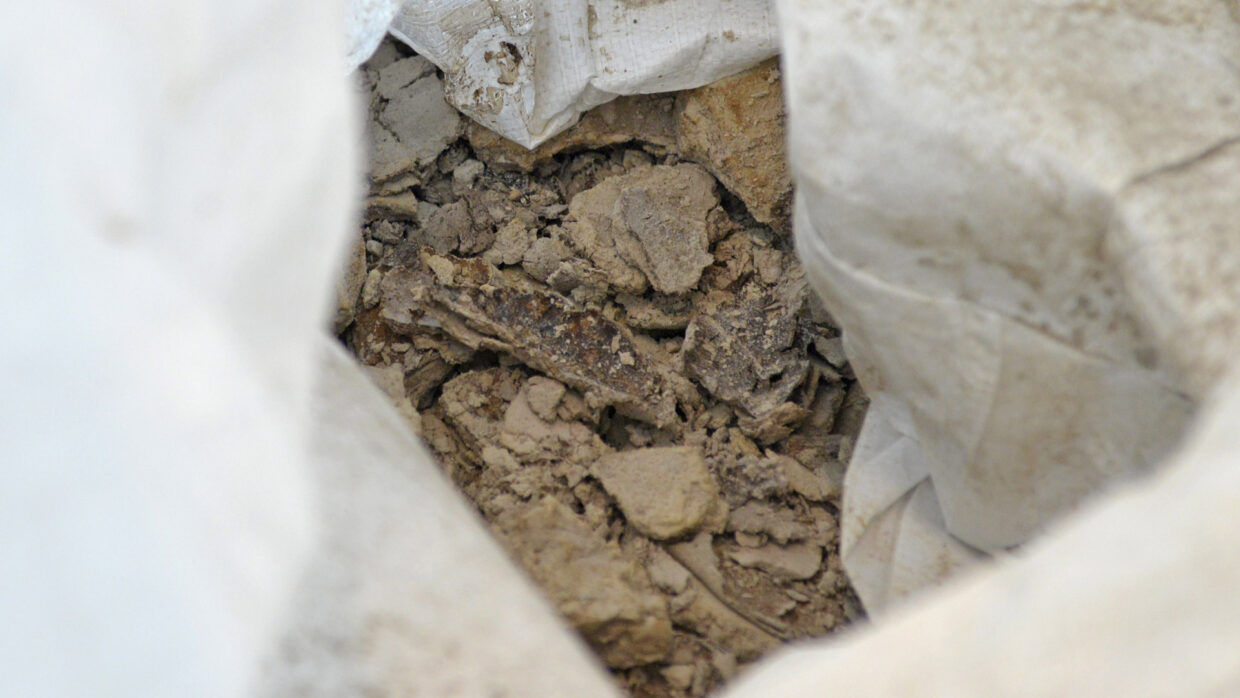 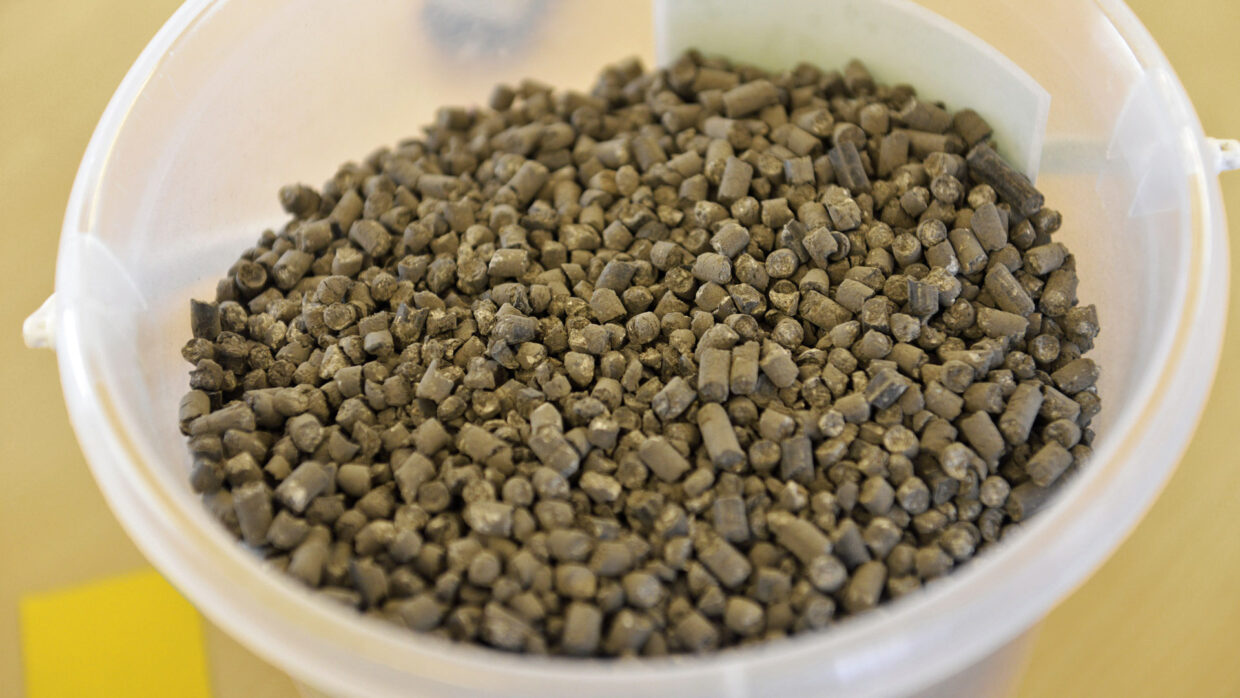 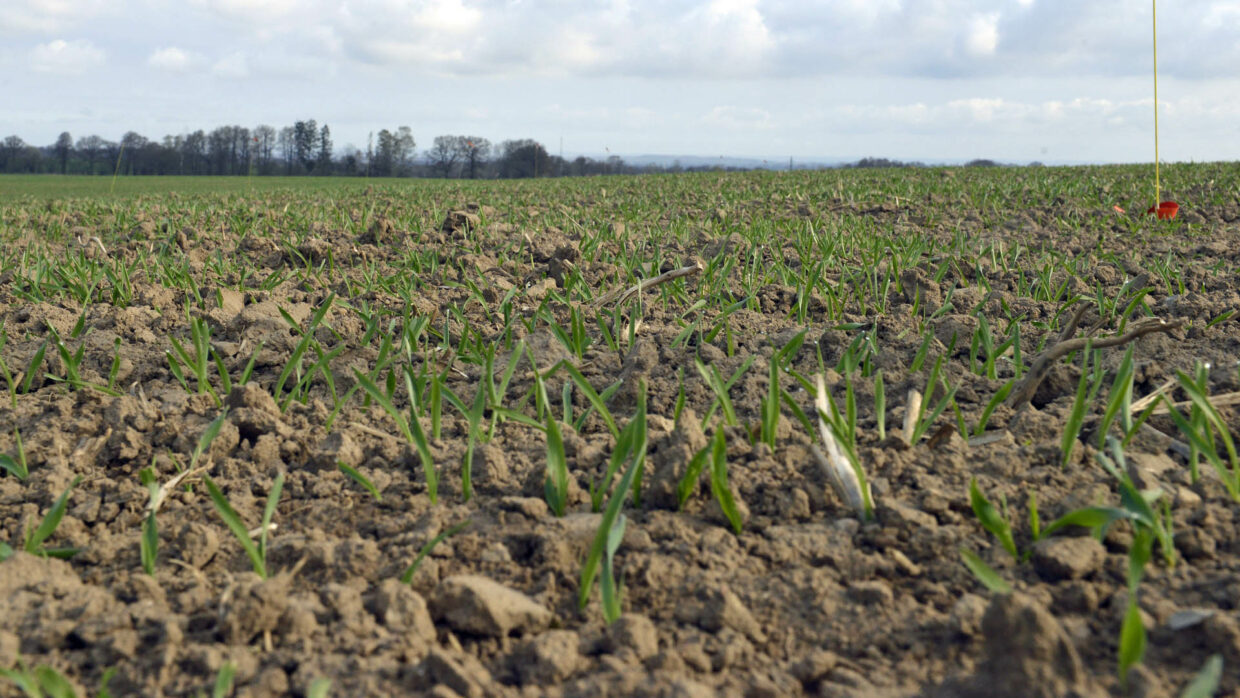 The firm’s produc­tion method is now being used in a full-size, state-of-the-art water-treat­ment – or recy­cling – plant being set up in the city of Hels­ing­borg, in the south-west of Sweden. The facility is connected to a newly constructed part of the city where houses have three waste outlet pipes going to the plant; one from toilets, one from bath, clothe-washing and dish water and one with milled food waste as a biomass compo­nent.

In such a plant, the produc­tion para­me­ters rise sharply. It lifts the nitrogen extrac­tion levels to around 1,000mg/litre instead of a mere 40-50mg/l­itre in conven­tional facil­i­ties. “Instead of extracting 20% and 15% of the phos­phate and nitrogen, we can now extract 75-80% and 75% respec­tively,” says Mr Thelin. Using a gas sepa­ra­tion unit also means that the end prod­ucts are cleaned from cont­a­m­i­na­tions.

Though plants like the one in Hels­ing­borg are still rare, there are others around Scan­di­navia which are constructed much in the way EkoBalans would want it. “We need new types of fertilisers that work in a circular system,” says Mr Thelin. “We have to find ways to take care of the increasing nutrient flows produced in the urban envi­ron­ment.” He can see plants like the one in Hels­ing­borg being built in the next five to seven years.

In the mean­time, while existing water-treat­ment plants get modi­fied and new flow-sepa­rating plants are being built, Ekobalans plans to produce some 2,000t of its fertiliser this year, sourcing its nitrogen from a steel plant by-product, and phos­phate and biomass from a biogas plant.

This recy­cling process is of course not only of national interest; the knowl­edge EkoBalans and Mr Thelin have accu­mu­lated during the six years of devel­oping this product will now be exported to Murcia, Spain together with the first pilot plant, where they will oversee the plant being set up and tried out. 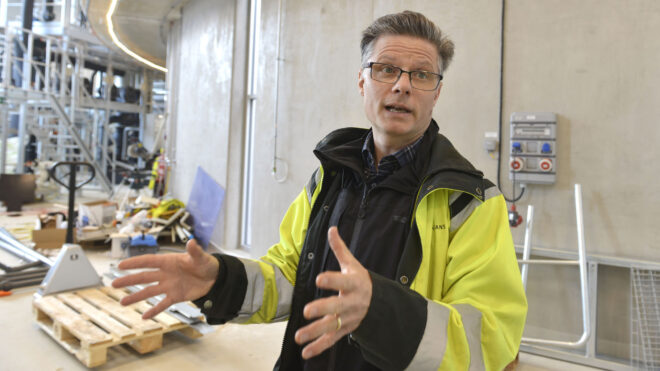 Gunnar Thelin wants to move fertil­izer produc­tion to be a part of a sustain­able circular economy.

But just making a conven­tional fertiliser out of waste­water is not enough, according to Mr Thelin. “You have to apply it in the right context, with a green matter compo­nent, so over time you build up the humus content in the soil.” His fertiliser thus also contains magne­sium, sulphur, micronu­tri­ents and calcium.

“We see our product as part of a circular economy, a new way of thinking. We move plant nutri­ents from waste­water to the fields. We cannot go on with the conven­tional way of putting on as much as possible with the plants only able to absorb 30% of it and the rest going out in nature as run-off.”

For the second year running, arable farmer Peter Knutsson and his son Johan are taking part in a trial of the EkoBalans fertiliser, and so far they are impressed.

At their 640ha Östergård farm some 20km east of Hels­ing­borg, they grow a variety of crops including wheat, rape­seed, barley, pota­toes, sugar beet, beans and peas. The NPK pellets have been used in different brands of fertil­izer spreaders and worked well after being cut a bit shorter. “This year we tried it out on malting barley and last year on oats, and it has performed better than expected, really,” says Johan.

The pair are concerned about the lower nitrogen content, but if the fertiliser bene­fits the finan­cial bottom line it would make it more attrac­tive. “We like the idea of making use of nutri­ents that other­wise would go to waste, and I believe we farmers have to do our share in making food produc­tion more sustain­able,” says Peter.

Field trial super­visor Ulrika Dyrlund Martinsson, at the Rural Economy and Agri­cul­tural Soci­eties, is so far equally impressed by the results. “In a visual inspec­tion you could not see any differ­ence in yields when using EkoBalans versus conven­tional fertiliser, and we saw only a small differ­ence in the protein content,” she says.

And she agrees with the idea of producing alter­na­tives to today´s input prod­ucts. “We will have to start looking around for alter­na­tives and take care of what we are producing in a recy­cling system. Phos­phate is a finite product and it will only become more diffi­cult and more expen­sive to get hold of in the future.”

Although the world sources of phos­phate has been revised upwards, Mr Thelin reckons we still need to reduce our burden on nature: “Whether the mined phos­phate will last us 80 or 400 years is irrel­e­vant, it´s just arith­metic. Regard­less, we have to recycle phos­phate, nitrogen and other nutri­ents that are already in the system.”

The tradi­tional free­hold is no longer the only form of owner­ship in Danish agri­cul­ture. One alter­na­tive consists of the Go-Gris I/S part­ner­ship in eastern Jutland, which is owned in equal shares by three young and two senior farmers.﻿