Recog­nising the value of humus

Field crops are gaining recog­ni­tion because of the impor­tant climate benefit they offer: Storing carbon in the soil by increasing its organic matter content. This creates new expec­ta­tions of agri­cul­ture, but also new oppor­tu­ni­ties. Visit to a French farmer who markets his CO₂ storage.

Alain Duphil is concerned about the climate. It’s the begin­ning of July and the cereal producer stands in his corn field in the Ariège valley, France, with grav­elly allu­vium soil from former glacier moraines. “If it was 5°C cooler we would be under several metres of ice,” he says. “It makes you think about the impact of global warming.”

A few years ago, he decided to reduce tillage, but his orig­inal aim was not to improve the CO2 balance of the 155ha farm he manages. Tillage had become a tech­nical constraint rather than a solu­tion on this irri­gated land. “The other incen­tive was finan­cial, as there was real uncer­tainty at the time about the price of fuel.”

Covered in vetch and phacelia

About a decade ago, Mr Duphil intro­duced no-till on 9ha with an oat and broad bean cover crop as a trial. After seeing good results, he expanded this approach over 30ha the following year and then to all fields. Currently, the crop rota­tion in the valley (120ha) starts with three years of maize, followed by barley, sunflowers as catch crop, and finally durum wheat. On 35ha of hill­side land without irri­ga­tion and on clay-lime­stone soil, the crops alter­nate between maize, sunflowers, durum wheat, peas or broad beans and rape­seed. 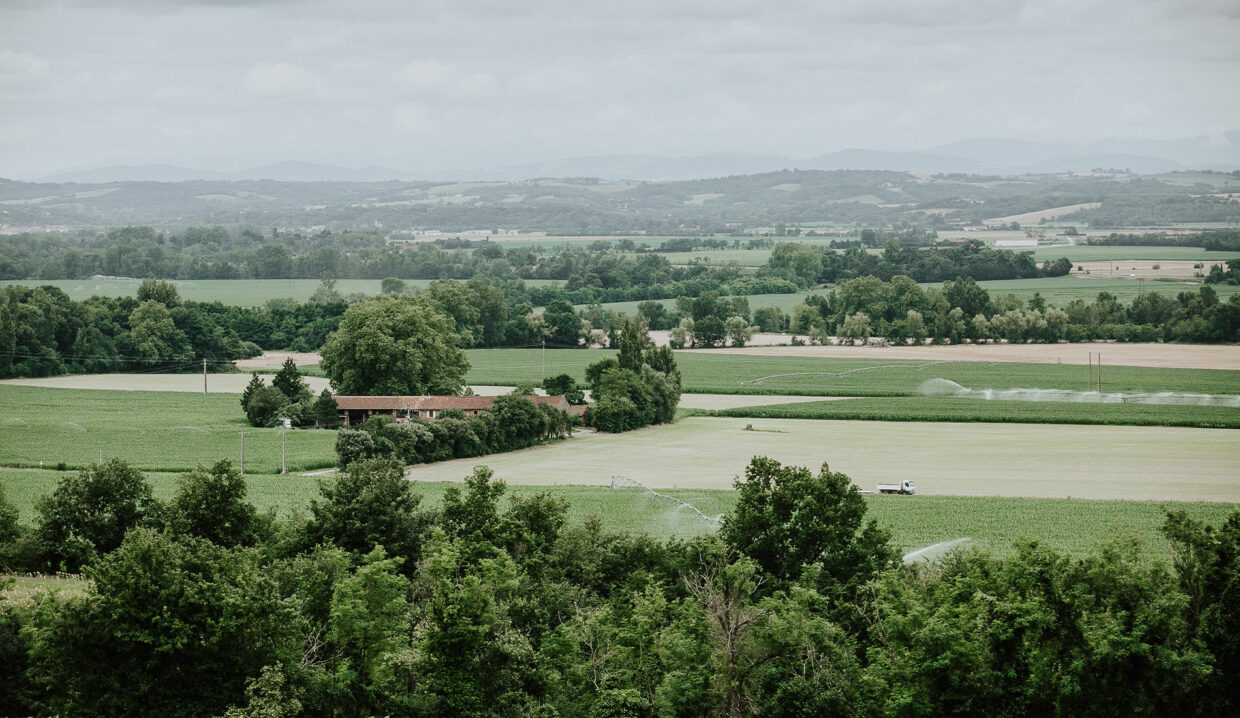 The farm is located at the conflu­ence of the Hers and Ariège rivers; The latter supplies the 120ha of irri­gated land. 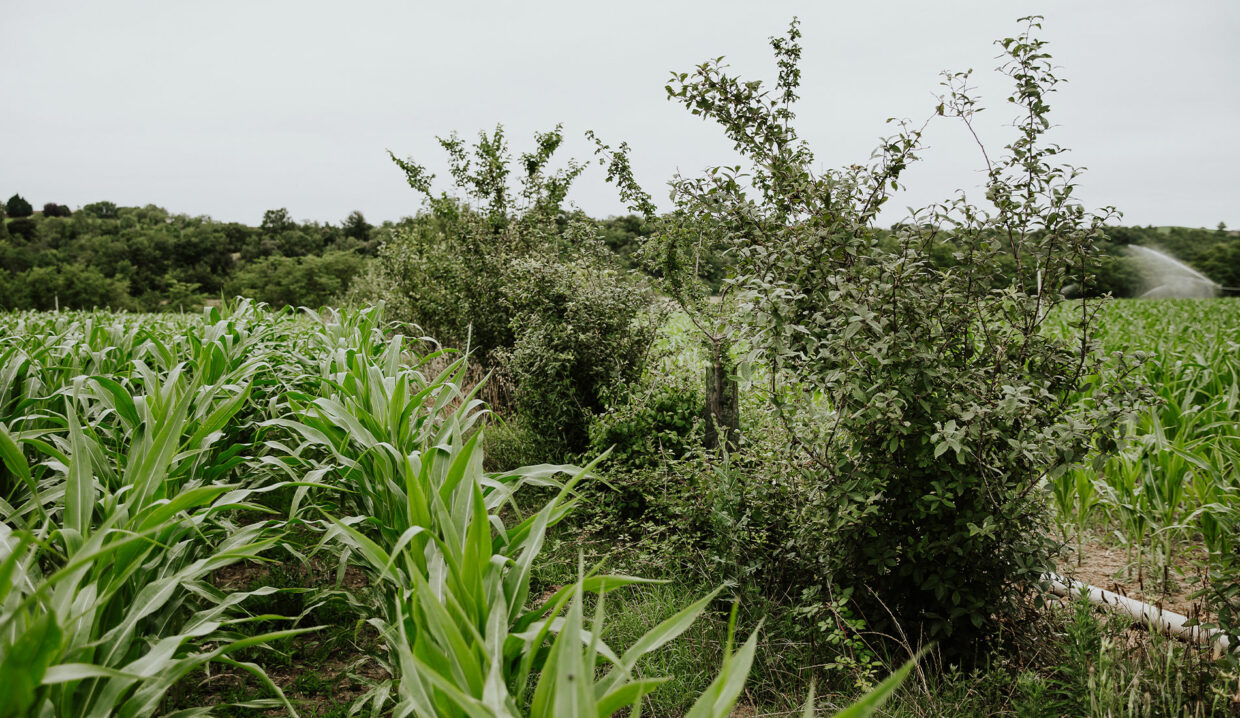 The farmer has planted several kilo­me­ters of hedges, for biodi­ver­sity and addi­tional CO2 storage.

The cover crops are at the heart of the system. In July, Mr Duphil sows clover with irri­gated forage sorghum, which grows to two metres high. The clover continues growing when the sorghum freezes in early winter and stays in place until April. He also aims to produce his own seed for cover crops, to reduce input costs.

The producer applies 3 litres/ha of glyphosate at the end of the cover crop, which is essen­tial in no-till farming. “Everyone should have a choice,” he notes in passing. “Applying these small amounts rather than removing soil carbon seems to me the most sensible form of climate engi­neering.” The chopper goes 24 hours later. And since he crushes the cover crops, Mr Duphil can also sow vetch/phacelia, which would be other­wise more diffi­cult to manage in a clas­sical direct seeding system. To retain maximum mois­ture in the soil, one tractor discs while the other sows, with a seed drill mounted to a rototiller. For this purpose, Mr Duphil has invested in a compact disc harrow, because it is impor­tant for him to keep herbi­cide resis­tance under control. “Between a sunflower and a wheat culture, it might not be unwise to work the earth to a depth of 3 to 4 cm.”

The yields have not been affected by the change of system. “We harvested 12.3t/ha from the 2020 maize crop with a mature variety P9234, that, which gives us a gross margin equiv­a­lent to 14.0t/ha,” explains the grain producer.

Alain Duphil hopes to earn 7500€ addi­tional gross income per year through the marketing of CO2 certifi­cates.

So there has been no yield gap and the costs have dropped. However, the farm has been heavily affected by market fluc­tu­a­tions in recent years and has been looking to regain prof­itability. With the switch to no-till farming Alain Mr Duphil has freed up time and invested in wood produc­tion. Carbon credits were another possi­bility; following a trade fair in 2020 he turned to Soil Capital, a Belgian firm which has recently become involved in brokering CO2 certifi­cates.

“Farmers have been waiting in antic­i­pa­tion for far too long and at the same time there is a growing appetite among buyers for carbon certifi­cates,” argues Chuck de Liedek­erke, co-founder of the company. From 150 producers in the first campaign, the company will process more than a thou­sand sales in 2021.

For Mr Duphil, an agri­cul­tural engi­neer and former city dweller whose move to the green sector came from an interest in envi­ron­mental issues, it was impor­tant to ensure that the balance sheet would be sound. Soil Capital uses the “cool farm tool” method­ology based on infor­ma­tion provided by the farmer, devel­oped jointly by several univer­si­ties is good enough to gain scien­tific consensus,” says Mr de Liedek­erke. The calcu­la­tion done by Soil Capital is based on the data provided by the farm, for which the farmer needs to plan around three hours. An inde­pen­dent auditor visits regu­larly over the course of the five-year program. 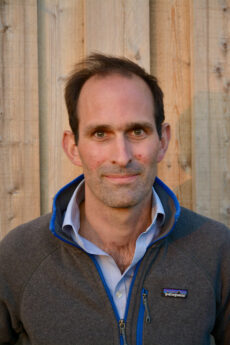 Farmers have been expecting this for too long, and at the same time, buyers’ interest in CO2 certifi­cates is growing

While the national low-carbon label is being imple­mented for field crops in France, the revenue created will be subject to prescrip­tions on prac­tices, antic­i­pates Mr Duphil. He there­fore sees the advan­tage of promoting CO2 seques­tra­tion on the carbon market via a private broker. “We are autonomous; we decide what to do and it is the results that count. We are aiming for €50/ha (£43/ha) and the advan­tage for me is that the seques­tra­tion is already working, so there’s no invest­ment. If we reach this goal, I will be paying €980 (£835) a year in valu­a­tion and inspec­tion fees to poten­tially earn €7,500 (£6,387) per year.”

In the first year of enrolling in the programme, a farm’s emis­sions are taken as a base­line, and then the reduc­tion in emis­sions over five years is compen­sated. If, at the begin­ning of the five years, the farm is already storing carbon, it will be compared to a regional refer­ence and the differ­ence can be mone­tised. 20% of the certifi­cates gener­ated are retained as a safety reserve and paid out to the farmer after ten years, provided the farmer has not changed his prac­tices. 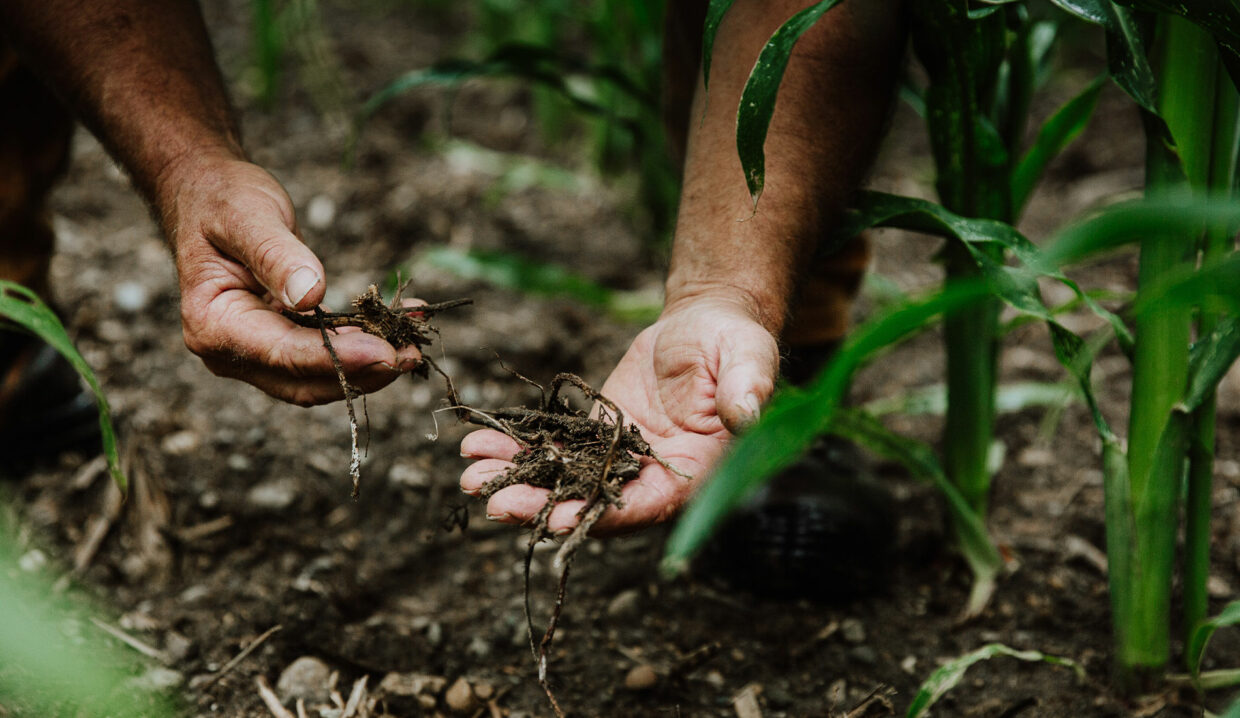 Plant debris helps protect the soil from drying out. 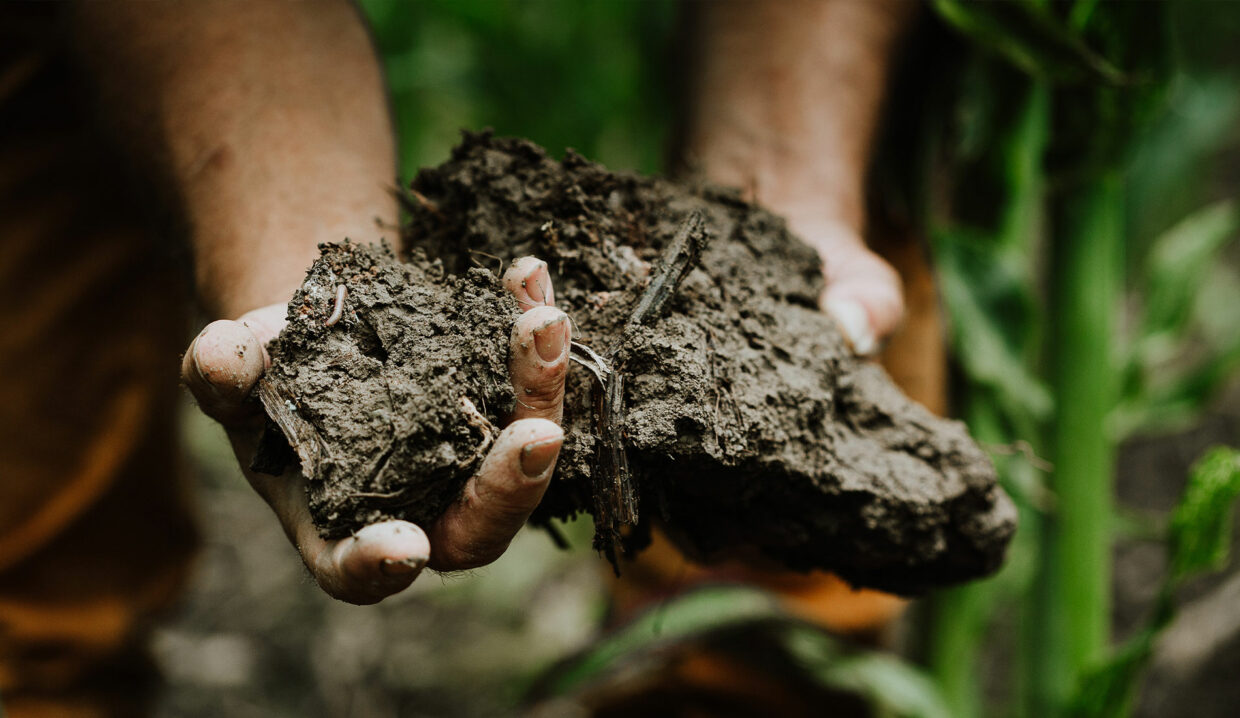 “For me, increasing organic matter content is an invest­ment in the future.“ Alain Duphil

Mr Duphil is aware that his soil has signif­i­cant poten­tial for improve­ment in terms of carbon storage: “When I arrived on this land, the organic matter had already decom­posed a lot. Today we are at 1.5% organic matter content. And the recovery doesn’t happen overnight.” This valu­a­tion will there­fore take place over the long term. Mr Duphil also hopes for better margins through improved soil quality: “During the first few years, all the nitrogen in the legu­mi­nous crops is trans­ferred to micro-organ­isms to make humus. But I know colleagues who have been involved in storage for 20 years, and who have signif­i­cantly lowered the amount of nitrogen fertiliser required.

“With the premiums, many will take the plunge, as with organic farming,” he predicts. But prof­itability will depend on indi­vidual farms. “It’s a bit of a blind contract: We don’t know exactly how much we’ll get.” With a system that is already ‘decar­bonised’ and a minimum price guar­an­teed, he can only emerge as a winner. For the others, even if he puts his hopes on a “green France all year round”, it remains to be seen whether market prices (carbon and crops) will be able to finance the trans­for­ma­tion.

Read how the two young German farmers Henning and Arne Beecken increase the humus content of their soils. 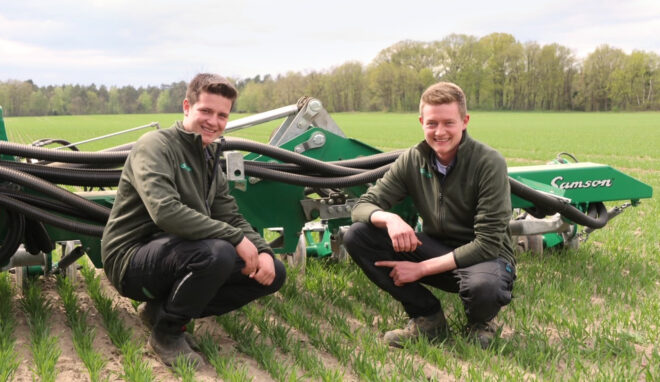 Organic matter in the soil not only helps the envi­ron­ment, but also the fertility of the soil – for Henning and Arne Beecken, the two aspects cannot be sepa­rated from each other. You have completely changed the cultivation and fertil­i­sa­tion prac­tice on their family farm.