The conver­sa­tion around envi­ron­men­tally friendly trac­tors is gaining momentum in the agri­cul­tural industry. However, it’s diffi­cult to move away from heavy depen­dency on the tradi­tional fuel, diesel. In the mean­time, ideas which could help reduce CO2 emis­sions from agri­cul­tural machinery have been put forward.

Envi­ron­mental protec­tion and sustain­ability have been a concern for the general public for several years. While cars and air travel were initially the focus of public debate, atten­tion has now shifted to agri­cul­ture and diesel-powered farm machinery. Some ideas that have been suggested include giant batteries, wired machines or climate-neutral fuel. And the list of ideas for more envi­ron­men­tally friendly agri­cul­ture is long. 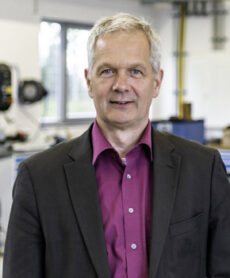 However, many of the ideas cannot yet be imple­mented on a large scale, or in prac­tice. So creative solu­tions are needed, espe­cially ones based on existing oppor­tu­ni­ties and which, when combined, can contribute to climate protec­tion. Even if the consump­tion of fossil fuels is not the main factor behind green­house gas (GHG) emis­sions in agri­cul­ture, the sector must do its part to contribute to climate protec­tion. Agri­cul­ture can only be sustain­able when it is no longer depen­dent on fossil fuel consump­tion.

Ideas for change are gener­ally a good sign. Behind them is a spirit of progress and an imag­i­na­tion for new concepts which will ulti­mately lead to inno­va­tion. Never­the­less, it is impor­tant to note that the internal combus­tion engine is not going to be replaced within the next decade, espe­cially in medium-sized and large agri­cul­tural machinery.

While certain approaches and promising proto­types have already been conceived, no equiv­a­lent replace­ment is anywhere close to market matu­rity. The research is only so far along: The battery for a 250hp tractor which needs to work the fields for eight hours straight would weigh around 1.5t with the current state of tech­nology. In prac­tice, the asso­ci­ated envi­ron­mental chal­lenges would negate the added value brought by e-mobility.

Behind them is a spirit of progress and an imag­i­na­tion for new concepts which will ulti­mately lead to inno­va­tion.

Another factor is machine longevity. Many trac­tors and agri­cul­tural vehi­cles last for a very long time. This quality makes a sustain­ability ‘upgrade’ a diffi­cult deci­sion for users.

One visionary idea is “GridCON”, an elec­tric tractor from John Deere. It is powered directly from the mains using an exten­sion reel. The cable tractor then travels along previ­ously programmed paths via remote control or autonomously. The cable is auto­mat­i­cally rolled out and back in during the journey. To do this, a robot arm puts the cable down next to the first track and picks it up again in the next track. Statis­ti­cally speaking, the machine can cover up to 16ha, the equiv­a­lent of 22 foot­ball fields, around a single connec­tion point. But even when a proto­type has been made, it will be a long time before such a project is intro­duced to the market. It is not expected to be ready for series produc­tion until 2035 at the earliest.

Current studies show that, thanks to tech­no­log­ical advances, machines are becoming more and more effi­cient. Further­more, tech­nolo­gies such as preci­sion farming reduce consump­tion thanks to effi­ciency gains brought about by digi­tal­i­sa­tion. Never­the­less, this is not enough to achieve the absolute fuel reduc­tion neces­sary to contribute to envi­ron­mental and climate protec­tion in line with the EU’s climate protec­tion goals.

That’s because of rising demand for agri­cul­tural goods, the inten­sity of labour required and the asso­ci­ated increases in fuel consump­tion, which is partly respon­sible for negating the posi­tive effects described above. At this point it becomes a catch-22 and creates a real chal­lenge. But climate change certainly isn’t taking a break any time soon.

At present, the propor­tion of agri­cul­tural machinery running on alter­na­tives to diesel fuel is prac­ti­cally zero. Agri­cul­ture would have to imme­di­ately reduce around 20% of GHG emis­sions resulting from fuel consump­tion to achieve the climate protec­tion targets for 2030, as would other sectors. 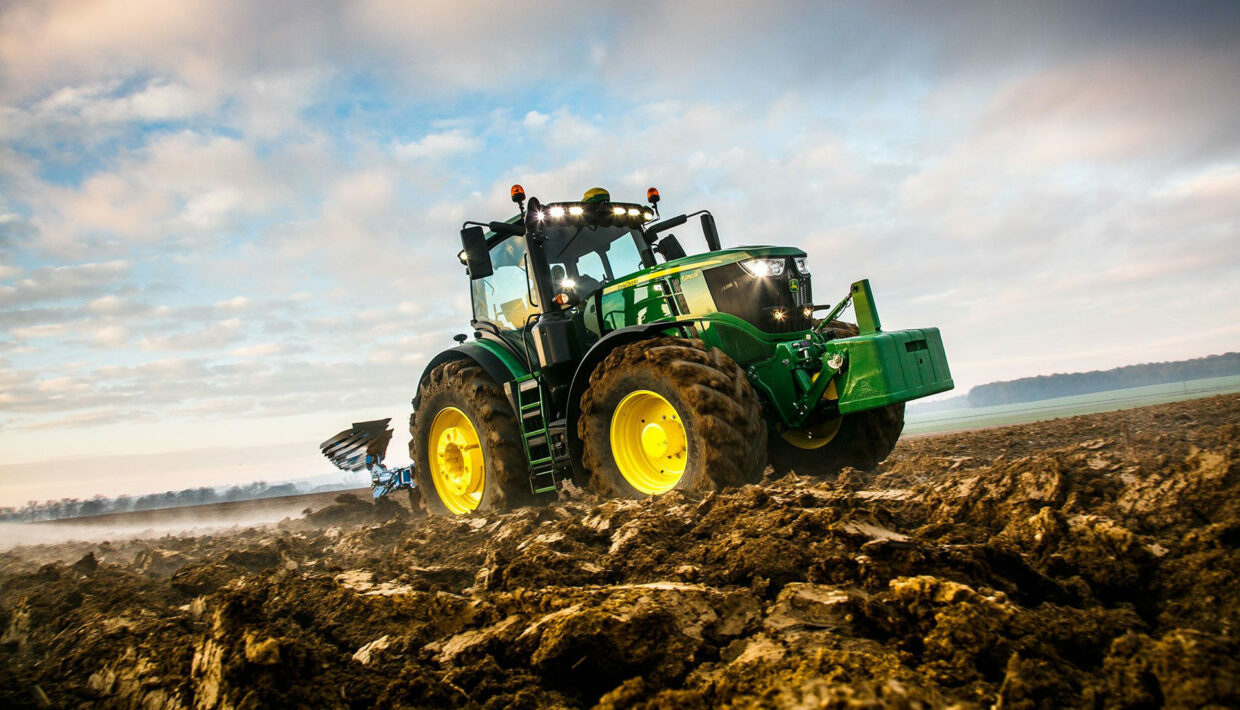 The “GridCON” tractor, as a cable-guided machine unit, also has the advan­tage that it can run on renew­able elec­tricity gener­ated on-site.

Tech­no­log­ical advan­tages like preci­sion farming will be to thank for a good half of this reduc­tion. The only option is to use biodiesel in existing fleets and rapidly promote the devel­op­ment and intro­duc­tion of alter­na­tive drive systems. It is best to adapt engine designs according to the machine size to become more climate-friendly. A flex­ible interim solu­tion is to combine different fuels.

The use of alter­na­tive fuels and drive tech­nolo­gies really depends on their finan­cial appeal. Here, it is up to legis­la­tors to create suit­able frame­work condi­tions. Biofuels produced by agri­cul­ture for agri­cul­ture could be a partic­u­larly inter­esting avenue. This is because inde­pen­dent produc­tion of the fuel required opens up the oppor­tu­nity to improve value creation on farms.

From a holistic perspec­tive, the produc­tion of biodiesel or pure vegetable oil is sustain­able, as long as it is produced in limited quan­ti­ties. Conceiv­ably, we could limit produc­tion to a maximum of 8-10% of agri­cul­tural land and then concen­trate the use of these fuels to agri­cul­ture and forestry, so that these sectors can become inde­pen­dent of fossil fuels in the medium term.

In order to assess the agri­cul­tural contri­bu­tions to climate protec­tion, it makes sense to allo­cate the GHG emis­sion savings from the use of non-fossil fuels to the agri­cul­tural sector and not, as is common at EU level, to the trans­port sector.

The use of sustain­able biofuels in agri­cul­ture and forestry is currently subject to tax reduc­tions in Germany. However, these tax cuts will only be valid until 31 December 2021. This means there is none of the long-term plan­ning secu­rity required for machine manu­fac­turers and users to invest in the corre­sponding tech­nology. Indef­i­nite tax cuts, similar to those for agri­cul­tural diesel, are certainly desir­able, as would be a subsidy relating to climate rele­vance.

From a global perspec­tive, an increased replace­ment of diesel with e-fuels – like synthetic fuels produced with the help of renew­able energy – is not real­istic until 2030 at the earliest. However, for this to become a reality requires the construc­tion of large-scale plants to generate renew­able elec­tricity in arid regions of the world. Addi­tion­ally, these fuels would have to be reserved for economic sectors in which mobility needs cannot (or only to a limited extent) be met by energy elec­tri­fi­ca­tion. These include avia­tion and ship­ping, but also agri­cul­tural, construc­tion and forestry machinery.

It will be some time before a revo­lu­tionary idea and its prac­ti­cable imple­men­ta­tion conquer the market. But even small steps can have an impact.

Just as with road vehi­cles, there is great hope that a hydrogen drive in agri­cul­tural machinery could solve lots of prob­lems. However, similar to battery tech­nology at the moment, there is still no way to store enough hydrogen in the machines to power a whole working day. And it will be some time before a revo­lu­tionary idea and its prac­ti­cable imple­men­ta­tion conquer the market. But even small steps can have an impact.

A so-called multi­fuel drive could be oper­ated with several fuels – for example, biodiesel, vegetable oil and diesel. The system would recog­nise the appro­priate fuel and operate accord­ingly. John Deere is currently working with the German Federal Ministry of Food and Agri­cul­ture (BMEL) and the Agency for Renew­able Resources (FNR) on a corre­sponding engine concept. 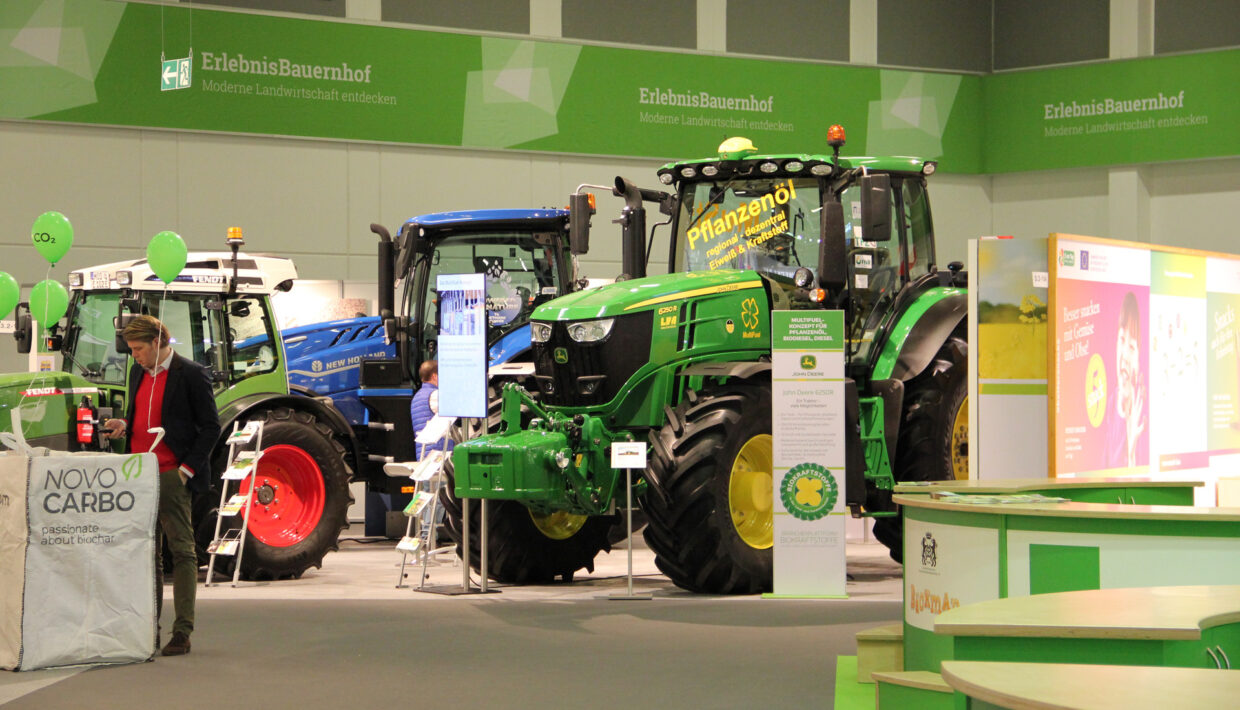 The restricted use of pure, locally produced vegetable oil like biodiesel as fuel can be a sustain­able solu­tion for farmers.

The on-board recog­ni­tion processes are showing initial success and could be inte­grated directly into an engine control system. Fuel recog­ni­tion using arti­fi­cial intel­li­gence could become a reality in the future thanks to cloud services; they also enable advanced engine diag­nos­tics, like detecting engine load and wear as well as possible pump and injector faults.

However, the solu­tion lies not only in tech­nology. When using vegetable oil, for example, it is impor­tant that it is produced locally to avoid having to trans­port it from the Far East by cargo ship, which is of course harmful to the climate. The ideal solu­tion would be to replace diesel with locally produced plant oil-based fuels with short closed cycles.

Ideas and inno­va­tions sprout from the ground, but solu­tions and imple­men­ta­tions do not grow on trees.

A look inside the industry shows that ideas and inno­va­tions sprout from the ground, but solu­tions and imple­men­ta­tions do not grow on trees; and it will be several years before climate-neutral or very climate-friendly drives for agri­cul­tural machinery are fully devel­oped and brought to market. But simply waiting for this is wrong. What we need to do now is take the first steps towards more sustain­able and climate-friendly agri­cul­ture with the help of creative interim solu­tions.

A mixed drive paired with other solu­tions are the first impor­tant approaches. But it is also clear that further inno­va­tions must follow. In the field, it is no longer just every grain and every plant that counts, but also every drop of fuel saved.

What would an elec­tric tractor look like if we didn't have to think about the power supply anymore? Simon Pfaffmann from John Deere's ETIC invites us to take part in a thought exper­i­ment – and explains how real this idea is. ﻿