Out of the resis­tance trap

If you always fight weeds with the same herbi­cide, you will prob­ably soon be faced with a resis­tant popu­la­tion. Arable farmer Wilhelm Heine from Baden-Würt­tem­berg knows that this is not fun. Four types of sustain­able herbi­cide resis­tance manage­ment helped him to get black­grass, which had become resis­tant on some of his farm­land, under control again.

About 10 years ago, the master farmer from Dinnen­ried in Baden-Würt­tem­berg noticed that black­grass was rampant on 14 out of his 79 hectares of arable land. Despite herbi­cide spraying, it was almost impos­sible to control the weeds on the heavy clay soils. 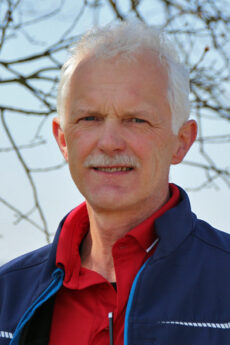 Farmer Wilhelm Heine started his farm as a demon­stra­tion farm for inte­grated pest manage­ment in 2014.

More and more farmers are strug­gling with herbi­cide-resis­tant weeds and grasses; and, in Germany, this is espe­cially the case with black­grass. It is unlikely that new groups of active substances will be devel­oped in the near future. But with the right manage­ment, the risk of resis­tance can be signif­i­cantly reduced, so the focus is once again on arable and plant produc­tion measures. A diverse weed flora without indi­vidual, domi­nant weeds is the goal.

Mr Heine started in 2014 as a demon­stra­tion farm for inte­grated pest manage­ment and found the neces­sary support there. Since then, plant protec­tion expert Bern­hard Bund­schuh from the Agri­cul­tural Tech­nology Centre Augusten­berg (LTZ) has been supporting the farmer and agri­cul­tural teacher in control­ling meadow foxtail on the land.

Mr Heine’s black­grass is a prime example of the typical course of resis­tance devel­op­ment: Initially, indi­vidual plants devel­oped the ability to survive a normally effec­tive herbi­cide treat­ment. At this time, they are hardly notice­able in the popu­la­tion, which is why the problem is often only recog­nised late.

“Maybe we under­es­ti­mated the danger in the first years. We thought we were well posi­tioned, chem­i­cally,” Mr Heine recalls. In addi­tion, he had good expe­ri­ence with the herbi­cides used, so that he attrib­uted less impor­tance to the neces­sary change of active ingre­dient – a major reason why some farmers still use the same herbi­cides year-round. Herbi­cides are consid­ered a cheap and effec­tive form of weed control. However, they should be used with caution, as any use can promote resis­tant weeds. Resis­tant plants then multiply rapidly and soon colonise entire fields. “With the expe­ri­ence I have today, I now pay even more atten­tion to changing the active ingre­dient every year,” explains Mr Heine.

Following Mr Bundschuh’s advice, the farmer now always applies herbi­cides at the highest appli­ca­tion rate – prefer­ably in the morning or evening when humidity is high. “I always say: It’s better to get one treat­ment right than to get it half right twice,” empha­sises the plant protec­tion expert. Reduced appli­ca­tion rates only increase the resis­tance problem. 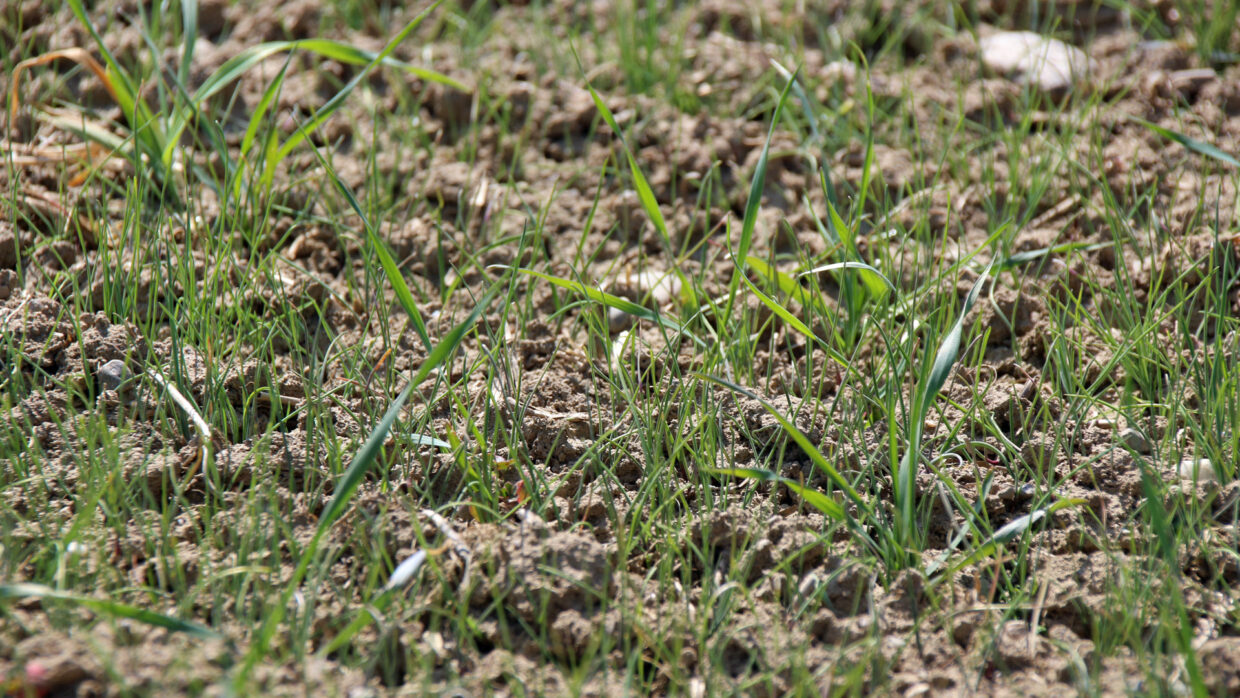 More black­grass than spelt - the field shouldn't look like this. 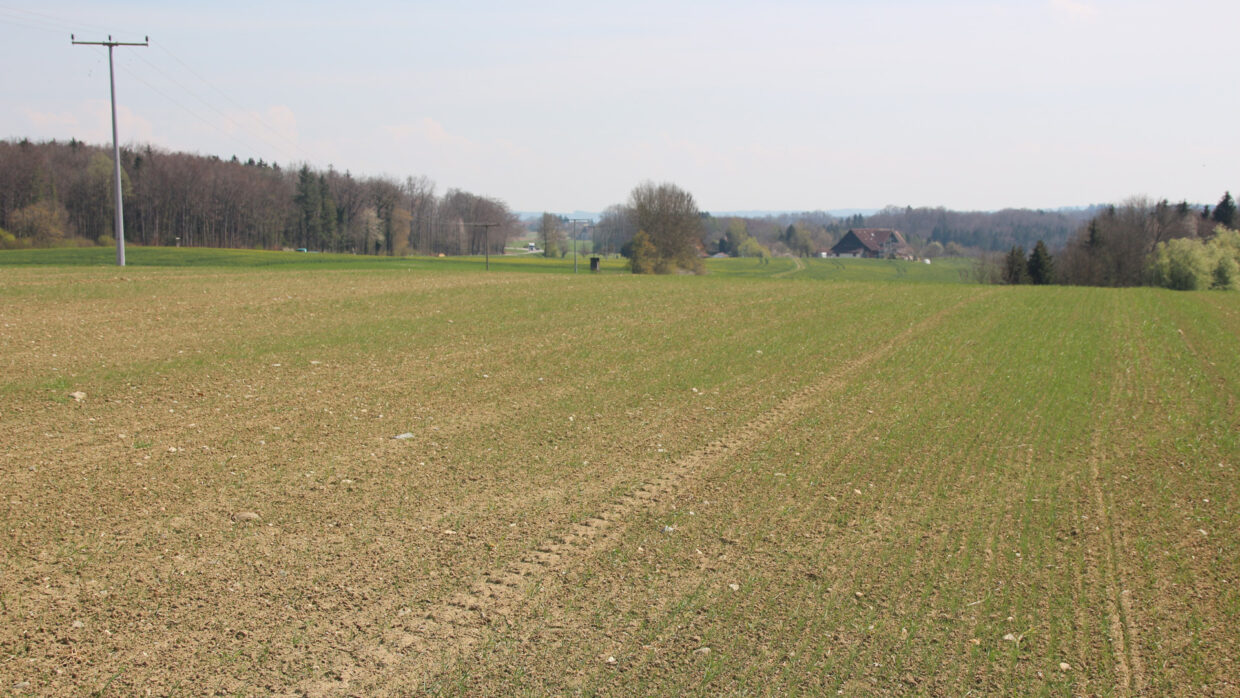 Black­grass colors the top of the hill in an intense light green.

The devel­op­ment of a resis­tant weed popu­la­tion can be avoided or slowed down if the herbicide’s modes of action are switched throughout the crop rota­tion. In the case of a close cereal crop rota­tion, as in Mr Heine’s case, the DLG recom­mends alter­nating between ACCase and ALS inhibitors to control black­grass. Both groups of active substances should account for a maximum of half the appli­ca­tions across the crop rota­tion. 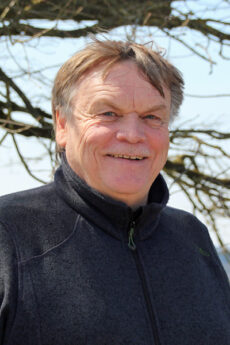 In recent years, crop rota­tions have been increas­ingly tight­ened on many farms for oper­a­tional and market reasons. While Mr Heine used to consis­tently culti­vate cereals and oilseed rape, he now alter­nates more and more between winter and summer harvesting. In between, he always incor­po­rates a cover crop or maize to reduce the propor­tion of winter cereals in the rota­tion. This allowed him to alter­nate the avail­able herbi­cide active ingre­dient groups more consis­tently, creating better condi­tions for a diverse weed flora.

Finding spring crops which Mr Heine could either grow and sell prof­itably or feed to his 200 sows was not easy. This year he is focusing on spelt. Pota­toes would also do well in the rota­tion, but unfor­tu­nately do not suit the heavy soils or the farm overall. “If it doesn’t fit, you don’t grow it just to get a grip on black­grass,” explains Mr Bund­schuh. After all, resis­tance-preventing measures are not free. For sustain­able imple­men­ta­tion on farm and fine-tuning, you need not only brains but also a market for alter­na­tive prod­ucts.

The fight against weed is not over yet. Never­the­less, the prob­lems with the resis­tant black­grass have already been reduced.

“Crop rota­tion is the first point in resis­tance manage­ment, tillage the second,” explains the crop protec­tion expert. If you move the soil once more before sowing, you can achieve a lot – be it with the harrow, culti­vator or plough. This is because black­grass only germi­nates close to the soil surface. If it is buried, it can no longer grow up.

Mr Heine now only uses the plough every two to three years in favour of the harrow. “It’s faster with the harrow. And minimum tillage reduces water evap­o­ra­tion compared to ploughing,” he explains.

The stale seedbed has also proved its worth. After each harvest, the farmer carries out a blind sowing: Every three weeks, from harvest to sowing, he moves the soil a little to kill any emerging weeds. In this way, the weed seedlings emerge before the crop and can then be controlled effec­tively.

Sowing late is the trump card

With the same aim, it is recom­mended to sow winter cereals as late as possible in case of prob­lems with black­grass. ”It is said to be suffi­cient to post­pone the sowing date until mid to late September. But in prac­tice this is often not possible at all,” remarks Mr Bund­schuh. Mr Heine also takes this to heart. In 2020, he sowed spelt in the last week of October. “It was already pretty wet by then,” he remarks. “I always have to find a compro­mise. Sow late, but not too late either. Other­wise I won’t be able to get onto the field.” 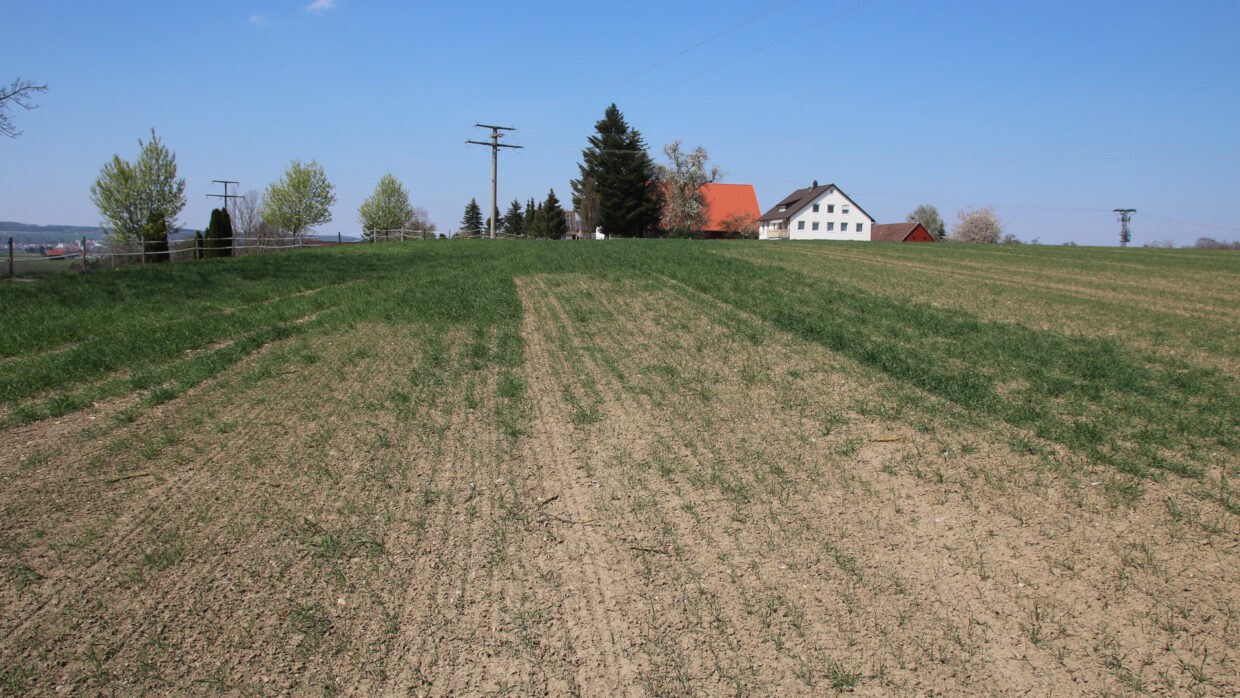 The black­grass thrives partic­u­larly well on the loamy soil and in the spelled stock, which has been weak­ened by the cold winter.

No light for the black­grass

The denser the leaf and root system of the crop, the better it can assert itself against the compe­ti­tion. There­fore, seed rate, crop density and some­times the variety influ­ence weed emer­gence.
Mr Heine has found that inter­crop­ping and under­sowing further reduce black­grass. The best crops are mixtures that shade quickly, and he now wants to make more use of this. For the next rape­seed crop, vetch and Alexan­drin clover will be under­sown on resis­tant areas, which will completely cover the soils early on. This has worked well on the farm before. “In spring, however, it is essen­tial to check whether all the plants have really frozen over the winter,” mentions Mr Bund­schuh. In this way, one saves a herbi­cide treat­ment in autumn and bene­fits from the nitrogen that the catch crop has fixed.

What could also help to prevent resis­tance in the future is an even more precise spraying tech­nique. Last year, Mr Heine replaced his 30-year-old sprayer. Now he is not just restricted to using the favourable weather condi­tions at night for spraying, because the device can read GPS data. “I can also use higher appli­ca­tion rates and still cover a large area,” says the arable farmer enthu­si­as­ti­cally. “I expect that we will be able to work much more precisely in the future.”

What has proved its worth

Mr Heine sees the combi­na­tion of late sowing, mechan­ical weed removal and varied chem­ical control as an effec­tive trio. And the efforts of the past years are bearing fruit: The black­grass problem has been signif­i­cantly reduced – both Mr Heine and Mr Bund­schuh agree on that.

Of course, all measures must be well co-ordi­nated and applied at the right time. This requires a deci­sive step: Out the door and into the field. “I am now even more consis­tently out on the land, looking at what is actu­ally needed and when is best to do it,” reveals Mr Heine.

Resis­tance manage­ment in meadow foxtail is based on four main pillars: