Catch crops expand crop rota­tion, enrich soil life and ensure suffi­cient nutrient supply. After several decades of neglect, arable farming has redis­cov­ered them. Their selec­tion, whether as a monocrop or a mixture, depends on many factors.

The name itself doesn’t promise much … ‘catch crops’. It sounds like a supporting role, some­thing which wouldn’t really be the focus of the action. But this is far from the case. In times of new fertiliser regu­la­tions, EU greening and increas­ingly diffi­cult weather condi­tions in the wake of long-term climate change, it is precisely the breaks which grow between the main crops that are gaining enor­mous impor­tance.

“They’ve come back again”, states Dr Chris­tian Kleimeier from the Depart­ment of Crop Produc­tion, Plant Protec­tion and Envi­ron­ment at the Schleswig-Holstein Chamber of Agri­cul­ture. “Knowl­edge of catch crops is old hat for agri­cul­ture as a whole. Text­books from the 1920s, like Roemer and Scheffer’s ‘Acker­baulehre’ (‘Arable Farming’), contain every­thing that is rele­vant today,” says Dr Kleimeier. For the chamber employee, there is no doubt that catch crops repre­sent an impor­tant part of crop rota­tion. 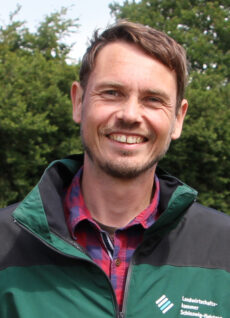 Catch crops are an impor­tant part of crop rota­tion.

This is a view that is now also shared by most farmers in Germany. Their demand for oil radish, phacelia, clover and the like is steadily increasing. This has also been noted by the seed breeders and suppliers. “For years now we have been recording an average annual increase in demand of around 5% for our catch crop mixtures,” reveals Jan Hendrik Schulz from Deutsche Saatvere­delung AG (DSV), based in Lipp­stadt. DSV has been researching the field of catch crops for almost two decades and is consid­ered one of the pioneers in this area. DSV’s inten­sive work and invest­ment is reflected today in a wide range of blends: It now offers 20 specific mixtures, which, according to Mr Schulz, are constantly being improved and adapted.

The firm’s exper­tise in complex crop rota­tions is based first and fore­most on the fact that it has been dealing with agri­cul­tural species and vari­eties for almost 100 years. It is certainly also an advan­tage that the areas of breeding, research, produc­tion, sales and advi­sory services are all covered in-house.

At the end of the day, the compo­si­tion of an ideal catch crop is the greatest chal­lenge among many: “This is because biology, nutrient balance and soil struc­ture should be optimal for the following main crop,” explains Mr Schulz. “For this, we need compre­hen­sive species knowl­edge both in rela­tion to the main crops and the catch crop species, as the inter­ac­tion of the plants plays a crucial role.” 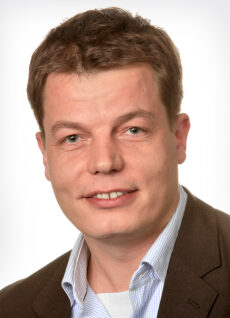 The inter­ac­tion between the main crop and the catch crop plays a crucial role in their selec­tion.

Mr Schulz is convinced that the changing climate will also contribute to a lasting change in crop rota­tions. In this context, he speaks of a ‘key func­tion’ that catch crops will have in crop rota­tions of the future, because they are able to control soil temper­a­ture and posi­tively influ­ence water manage­ment.

Water manage­ment is also impor­tant in the Thuringian Basin in Germany, a region with some very good soils, but with rela­tively low average precip­i­ta­tion of 480-530mm. Compared to northern Germany, this is a dry area. And in the extreme year of 2018, no more than 380mm fell there. “In such stress situ­a­tions, good soil life is impor­tant for yield forma­tion,” empha­sises scien­tist Dr Steffi Knoblauch, pointing out the inter­re­la­tion between soil biology and inter­crop­ping.

She has been conducting research on this topic at the Thuringian State Office for Agri­cul­ture and Rural Areas for many years, based at the trial fields in Buttel­stedt. Among other things, she works with lysime­ters, collecting exciting data on crop water consump­tion and soil water-holding capacity. 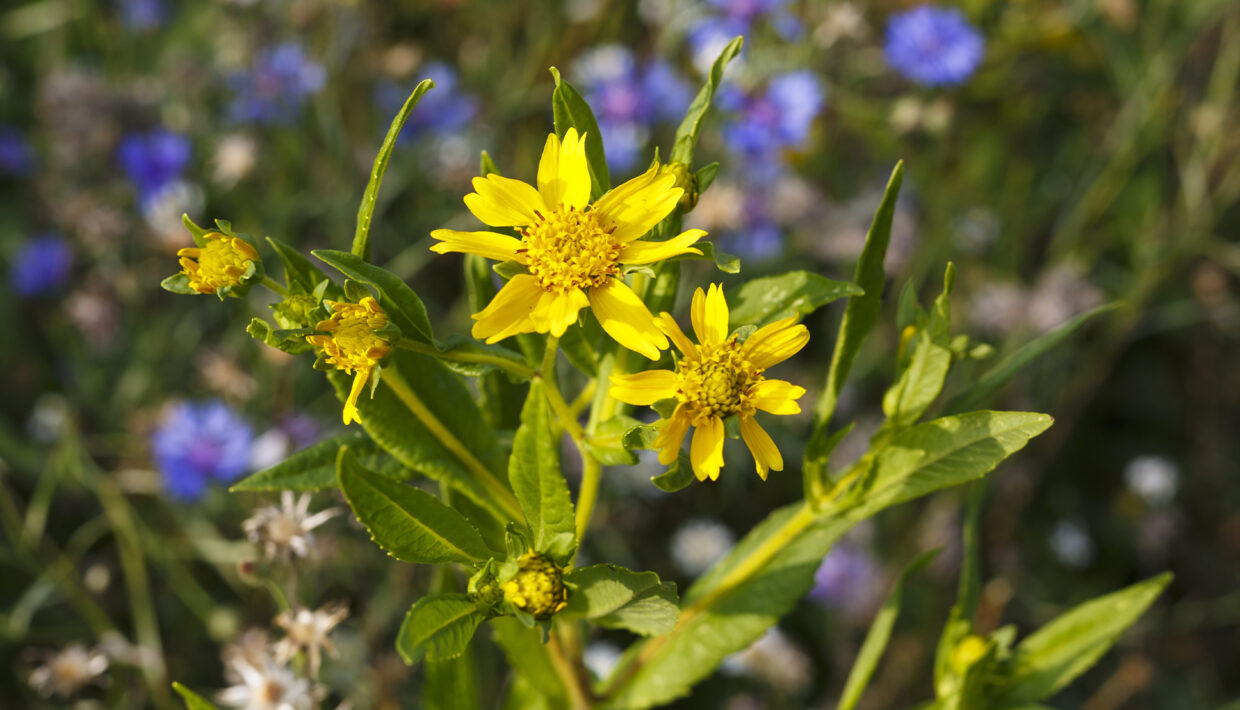 Ramtilla: Ramtilla is orig­i­nally from Central Africa, which is why it is also known as Niger seed. In good weather condi­tions, the light-yellow flow­ering capitula impresses with growth heights of up to two metres and thus good biomass produc­tion. | Credit: Adobe­Stock, Schle­sier 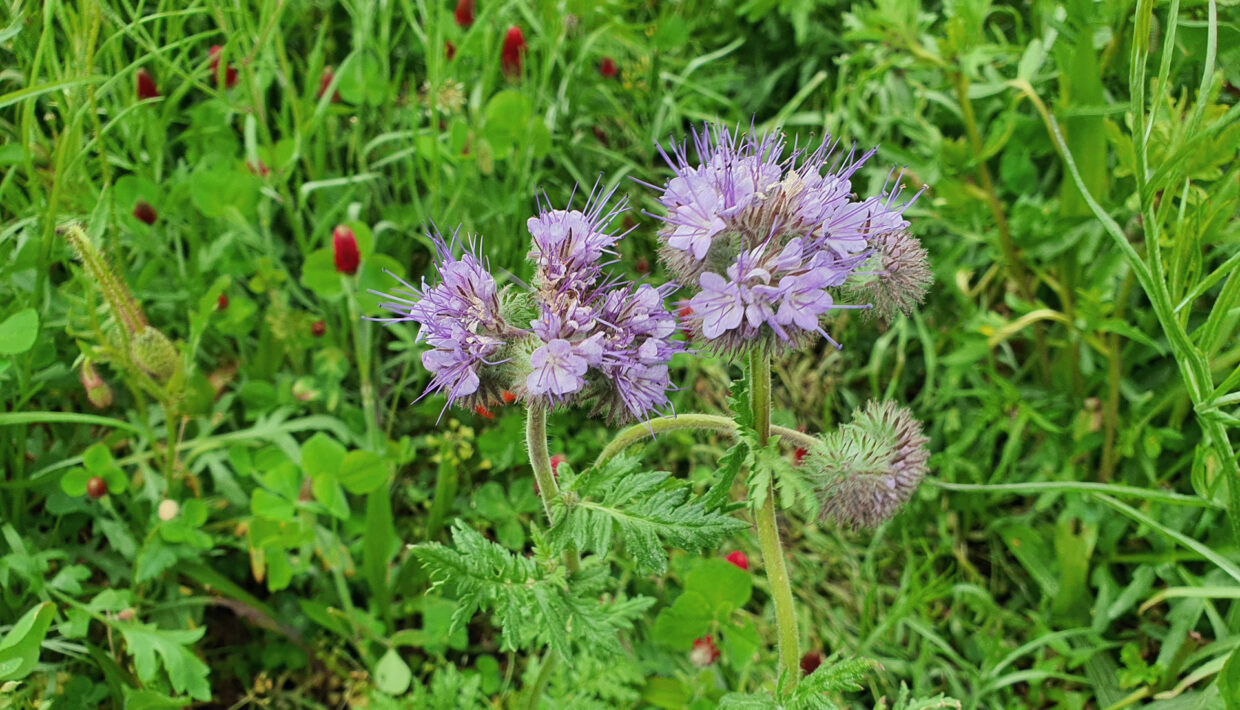 Phacelia: It is described as an 'annual tussock from Cali­fornia' in the stan­dard refer­ence work 'Nutzpflanzenkunde' ('Crop Science'): Indeed, Phacelia, with its strong violet colouring, is a real eye-catcher. In addi­tion to its appear­ance, the catch crop also success­fully suppresses weeds, loosens the soil with roots that grow up to 40cm deep and serves as bee forage. 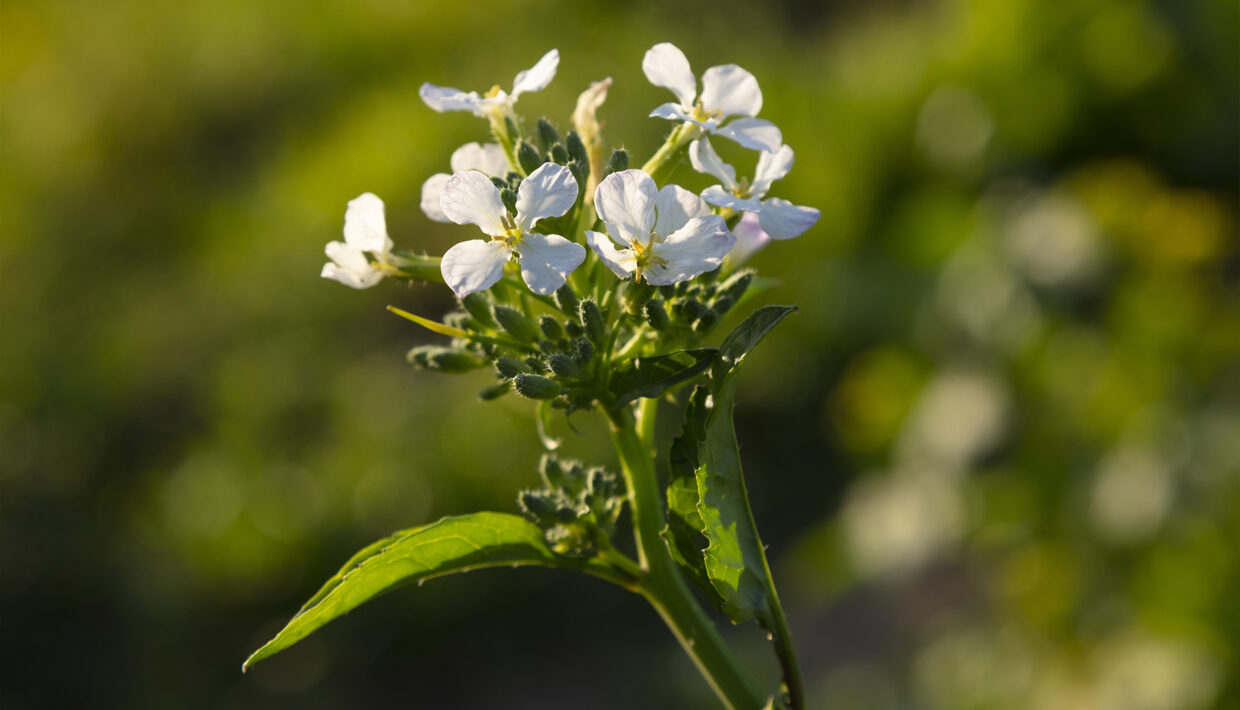 Oil radish: The white-flow­ered crucifer has had a fast-rising career in cover crop­ping in recent years. This is due on the one hand to its ability to loosen the soil well, but also because it can be used very effec­tively in the fight against nema­todes. | Credit: Adobe­Stock, licht­bild­master 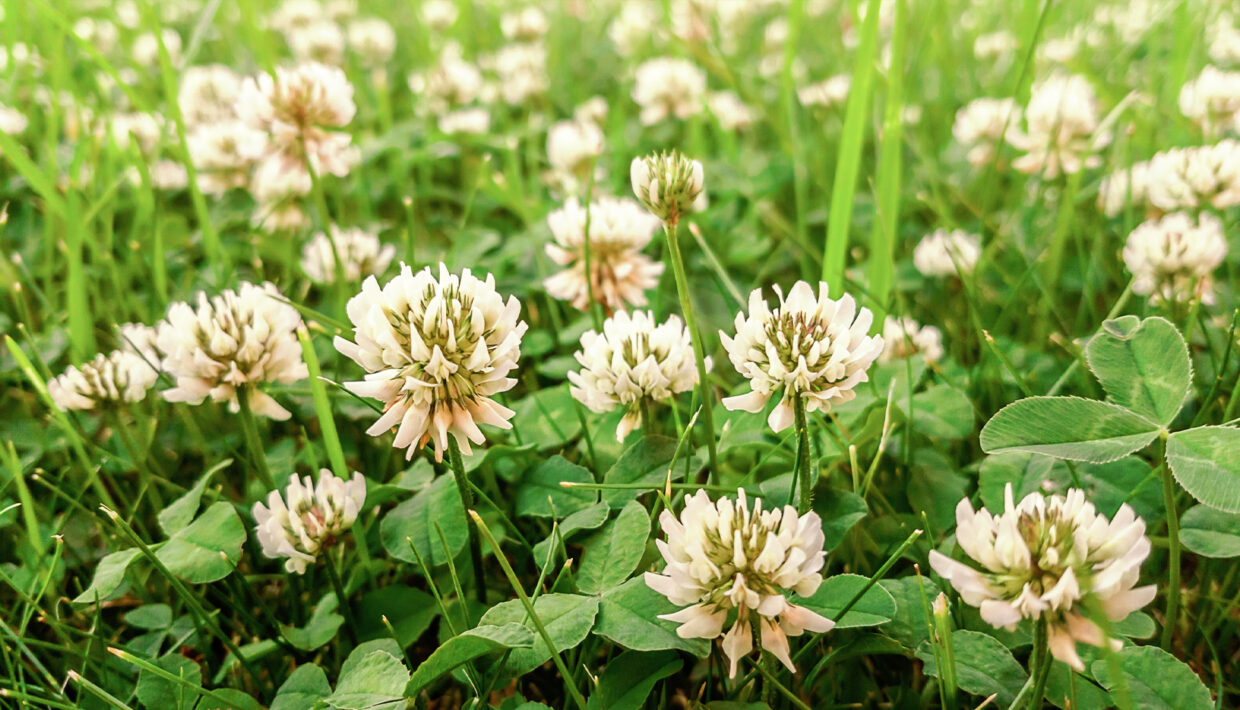 White clover: Like all clovers, the peren­nial white clover belongs to the legume family, which has the ability to bind atmos­pheric nitrogen. They there­fore have a high protein content. White clover is suit­able as a stubble after-crop for pure stands as well as in mixtures. | Credit: Adobe­Stock, Andrey Zyk

“I have found that farmers are defi­nitely very concerned about soil fertility,” says Dr Knoblauch. She sees a growing aware­ness for this most impor­tant produc­tion factor, markedly in organic farming, but also with many conven­tional farmers. And from their perspec­tive, healthy arable soil is hardly possible without a perma­nent acti­va­tion of soil life. And since every­thing is inter­re­lated, Dr Knoblauch is quickly back to the topic of catch crops. “The root mass of catch crops provides fodder for soil organ­isms,” she empha­sises.

This in turn gener­ates humus, adds organic mate­rial and stores carbon in the soil. In the spirit of active climate protec­tion such methods are already prac­tised by those involved in regen­er­a­tive agri­cul­ture. The level of humus build-up which catch crops provide depends on the height of the plant cover and the type and dura­tion of the greening. According to Dr Knoblauch, the LUFA (Agri­cul­tural Analytics and Research Center) provides prac­tising farmers with specific infor­ma­tion on humus balancing.

However, cover crop­ping is a complex matter which requires a lot of knowl­edge on the part of the prac­ti­tioner. Which species are even compat­ible with the main crops? For example, culti­vating crucif­erous crops like mustard or deep radish would be fatal for oilseed rape. The trans­mis­sion of diseases is also an impor­tant aspect which must be taken into account when selecting the right mixture. Care­less­ness is often punished imme­di­ately, Dr Knoblauch warns, “so the catch crop must be treated with the same atten­tion as a main crop.” This is not always easy, espe­cially when time pres­sure during harvest is enor­mous and atten­tion to detail can slip.

In dry areas, the catch crop’s water require­ment should not be under­es­ti­mated. Mois­ture losses can be signif­i­cantly reduced at sowing by leaving straw on the field and direct sowing with a strip-till drill. Even so, farmers should take care, because an average catch crop yield of 12t fresh mass per hectare requires 30mm of precip­i­ta­tion during the growing season. 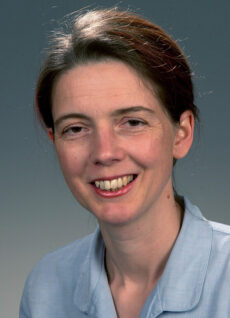 Even in more rain­fall-priv­i­leged loca­tions like Lower Saxony, Meck­len­burg-Western Pomerania or Schleswig-Holstein, it has been observed that tight crop rota­tions mean the yields once achieved are no longer being attained. “After all, we have to think about how we feed the soil again and not just the plant,” says Dr Kleimeier, crop cultivation expert at the Schleswig-Holstein Chamber of Agri­cul­ture, who is backing a return to a broader crop rota­tion. In fact, the field bean, for example, has made a come­back which could hardly have been expected just a few years ago. The legume is now being grown again as a main crop on an impres­sive 10,000ha.

In any case, it’s best to move toward ever­green crop rota­tions, says Mr Schulz. ‘We are seeing a clear trend towards this due to climate change and polit­ical deci­sions.” In addi­tion, the fertiliser ordi­nance prohibits fertil­i­sa­tion of cover crops in the so-called ‘red zones’. In Mr Schulz’s view, it is there­fore impor­tant in these regions to keep nutri­ents in the soil in a sensible way and to use them.

Legumes and assess­ment of the carbon-nitrogen ratio play a key role here. “Only through targeted nutrient and plant manage­ment are we able to reduce the use of mineral fertilisers and achieve high yields and quality. Catch crops thus play a major role in the red zones.” So there will prob­ably be flow­ering land­scapes in Vechta, Bordesholm or at Fran­conian loca­tions in the future. 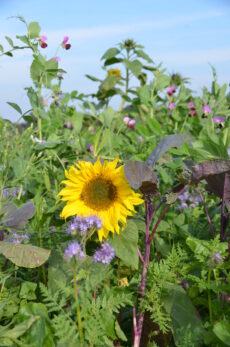