A modern farm is no place for chil­dren, it’s often said. So how will they discover and under­stand the joys and chal­lenges of rural life? Peter Grimshaw met some farming cham­pions who are dedi­cated to inspiring the rising gener­a­tion.

“But I don’t want to go home,” the little girl wails, as her parents cajole her into the car. Together, they have enjoyed an after­noon of fresh air, sunshine, freedom to do things and access places that are normally not open to them. The little girl has tumbled off bales into soft straw, clam­bered into the cabs of combines and trac­tors, ‘milked’ an arti­fi­cial cow, and handled baby chicks, lambs and goats. With her friends, she has picnicked, laughed and played in the coun­try­side. It is Open Farm Sunday, a June day when some 365 farms from Jersey to Shet­land open their gates to the general public and say, “Welcome! Come in!”

For one, brief day, chil­dren enjoy the heritage that in earlier days was the birthright of many, if not most, chil­dren. Today, however, it’s esti­mated that more than a third of all chil­dren have never even heard a real cow moo, and a fifth of the popu­la­tion has never visited a farm. The conse­quence of modern agri­cul­tural prac­tice and today’s more enlight­ened under­standing of what consti­tutes a duty of care means that total freedom for chil­dren is no longer real­istic. 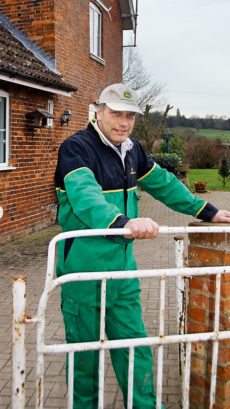 Fortu­nately, agri­cul­ture and rural industry is well endowed with people who have a passion to pass on the next gener­a­tion their own love for rural culture, farming and nature. They recog­nize the risk that, gener­a­tion by gener­a­tion, chil­dren can easily become isolated from the real­i­ties of life and deprived of precious expe­ri­ences that previous gener­a­tions took for granted.

Wilt­shire farmer John Butler is one of many farmers who have helped to make it possible for all school­children to visit a real farm. “I think it’s very impor­tant to encourage young people and help them with their educa­tion,” he declared.

As he talks, he may not use the word ‘respect’, but it’s clear that’s what he feels for the 1000 or more chil­dren who come to Rowde­field Farm each year on orga­nized school visits. Many farmers, Mr Butler among them, only began to open their farms to educa­tional visits as one of the aspects of the Coun­try­side Stew­ard­ship Scheme. This resulted in a network of farmers who have the expe­ri­ence and the facil­i­ties to fulfill what can now be seen as a real educa­tional need. “Children’s aspi­ra­tions are higher than they were,” Mr Butler commented. “They are increas­ingly inter­ested in other aspects of agri­cul­ture. But the trick is not to get too tech­nical.”

Initially, school visits were based in the farm work­shop, but the first purpose-built ‘school­room’ was opened at Rowde­field in 2007, with space to accom­mo­date a full class of primary chil­dren. Since then, school class sizes have increased and the curriculum has diver­si­fied, so there are plans to convert an old cowshed into a larger, general purpose teaching facility. Mr Butler would like to make better use of elec­tronic media and to explore devel­oping agri­cul­tural tech­nolo­gies, such as robotics and preci­sion farming. 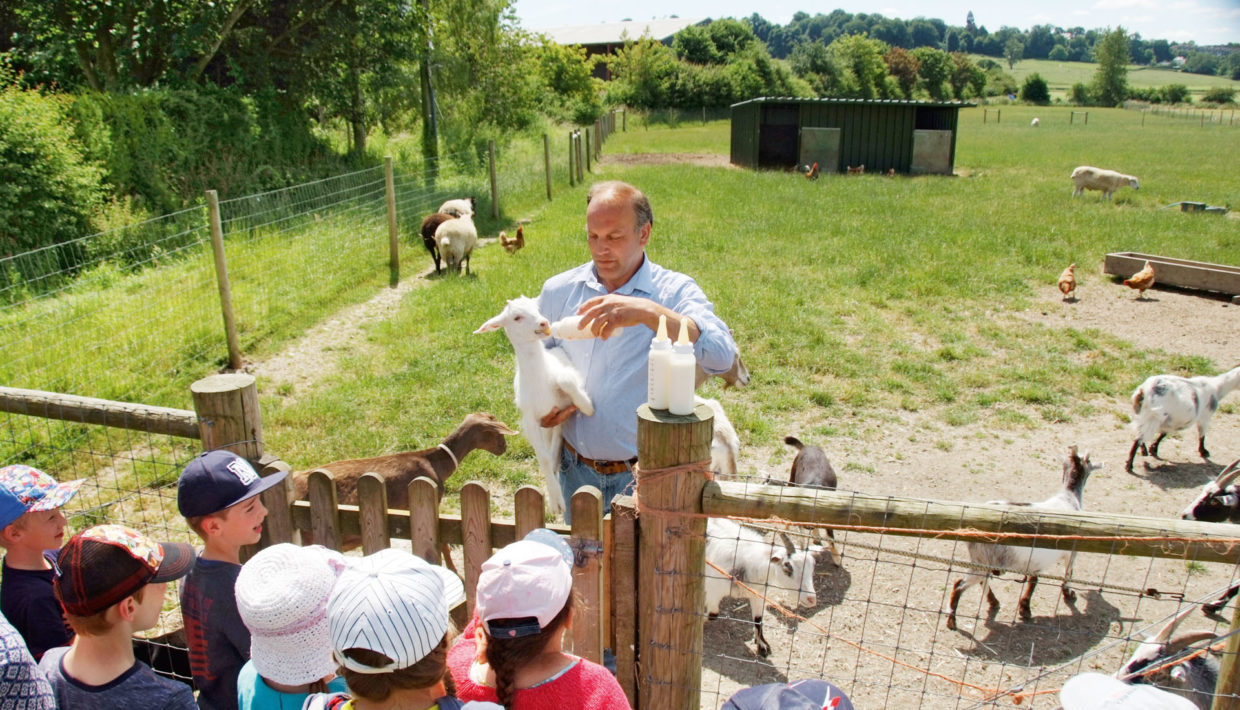 Farms are fun, but John Butler empha­sises the serious busi­ness that is modern agri­cul­ture. 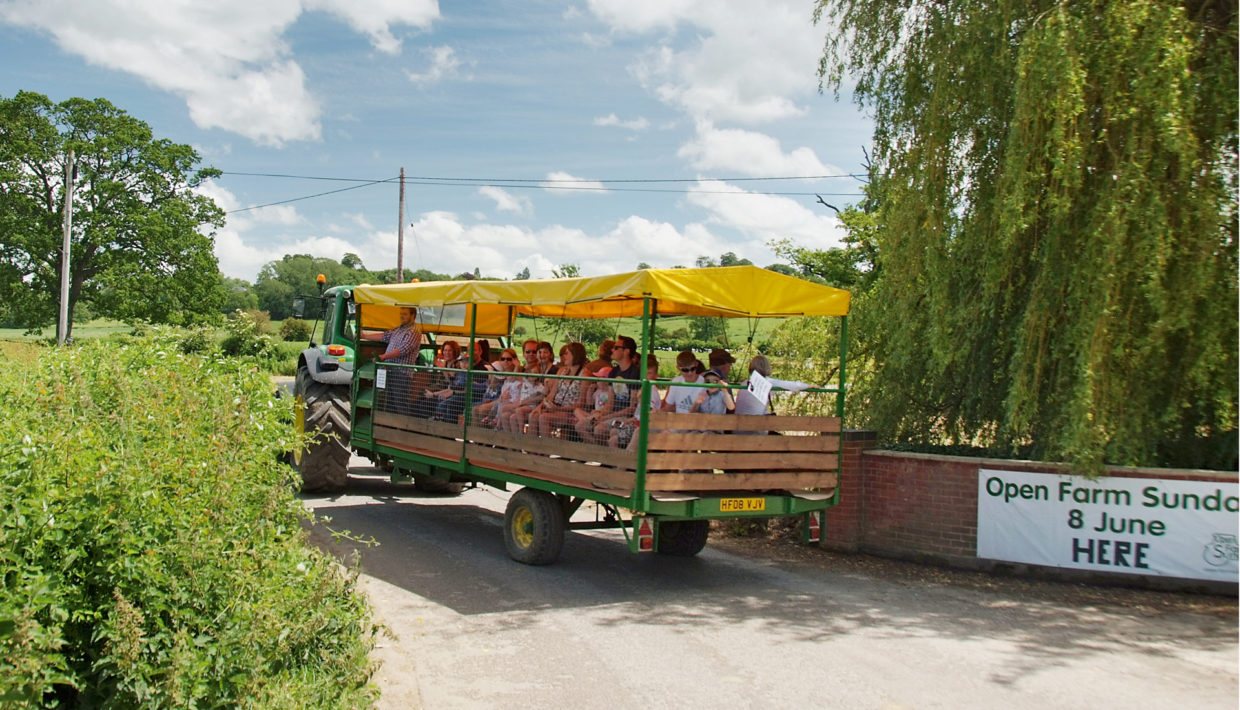 Open Farm Sunday is no easy under­taking, and comes at a busy time of year for many farmers. 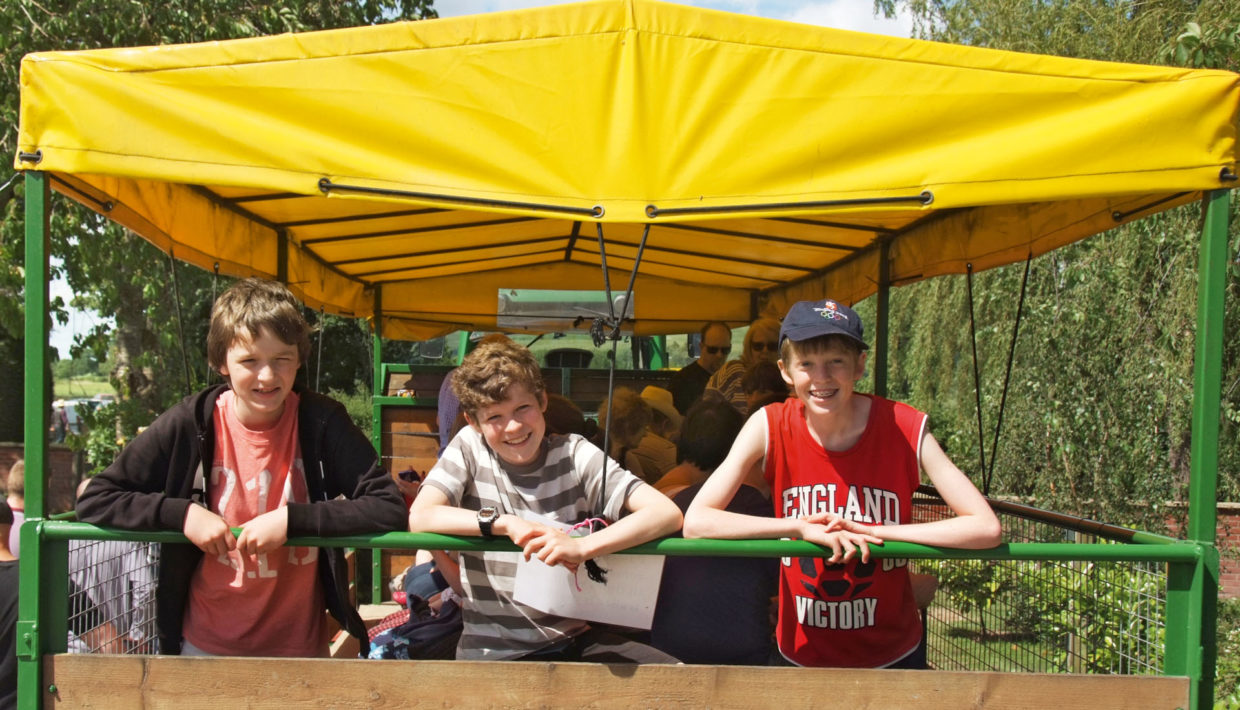 Few young people or their parents realise the range of skills and sciences that are required in agri­cul­ture. 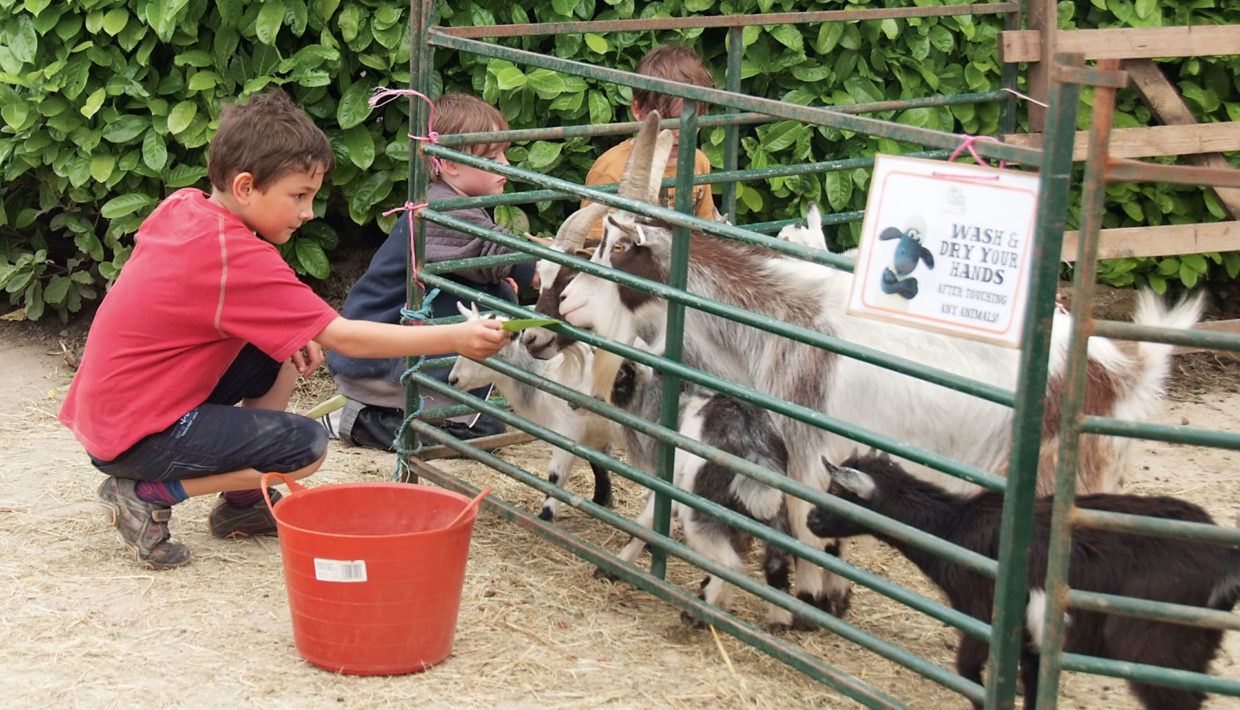 Baby animals are always popular, espe­cially when there’s a chance to feed one your­self.

He empha­sizes the impor­tance of knowing a little about the chil­dren them­selves, so that he can estab­lish points of interest. With primary school chil­dren, animals are an easy focus. The tech­ni­cal­i­ties of arable crop­ping are not quite as inviting, but intro­ducing prac­tical activ­i­ties such as grinding wheat to make flour help to empha­size aspects of the food chain. “Teachers also tend to be less aware of the arable side,” he commented.

It’s impor­tant to encourage young people and help them with their educa­tion.

Not least of the expe­ri­ences enjoyed by earlier gener­a­tions of chil­dren was the oppor­tu­nity to work along­side adults as part of a team. But as paid farm workers have declined in number, increas­ingly the adults they work with are Dad and Mum, and the chil­dren who get to expe­ri­ence a farm are those lucky enough to have been raised there.

Country chil­dren once learned through contact with expe­ri­enced workmen and women; but those days have long gone, replaced by brief, controlled visits in a more formal teaching context. Even so, they clearly have a big influ­ence on chil­dren. 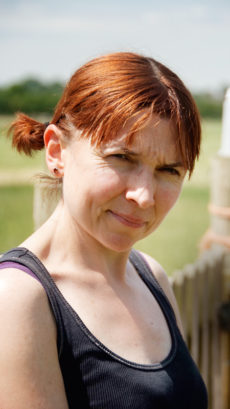 Carol Snowden has her own teaching methods.

“First-hand expe­ri­ences make a big impres­sion and are more memo­rable than other teaching methods,” said Carol Snowden, Year Three Class Teacher at Frog­well Primary School, Chip­penham, Wilt­shire. In a single sentence she sums up the reasons why school visits to farms have become so popular in recent years. It would be diffi­cult to think of a manage­able envi­ron­ment that could offer more eye- ear- and nose-opening expe­ri­ences than a real, working farm in unspoiled coun­try­side.

While urban adults might flinch at mud, manure and animal smells, for chil­dren who are meeting them for the first time, they are memo­ries in the making. “Chil­dren want to be dirty, and like the smells and other farm surprises, because they use all their senses,” Mrs Snowden said. “That gives them memo­ries.”

These memo­ries can then be recalled and applied again and again in subse­quent educa­tion and in later life, she explains. For seven- and eight-year-olds at Frog­well Primary, their farm visit is wrapped up in a three-day stay at a centre just a mile’s walk from the host farm.

What the chil­dren do at the farm is always care­fully linked with the teaching curriculum. Subjects such as food chains, care of the envi­ron­ment and nutri­tion are part and parcel of the primary school learning agenda, together with reading, math­e­matics and other acad­emic skills.

Chil­dren want to be dirty, and like the smells and other farm surprises, because they use all their senses.

Even in this predom­i­nantly rural area, only a very small propor­tion of chil­dren end up working in agri­cul­ture. But who knows what seeds of ambi­tion may be sown in the fertile minds of young chil­dren? “For all chil­dren it gives an example of a career oppor­tu­nity.” It’s an eye-opener to them to discover that there are many possible ways of becoming part of a great industry, even if farming doesn’t run in the family. 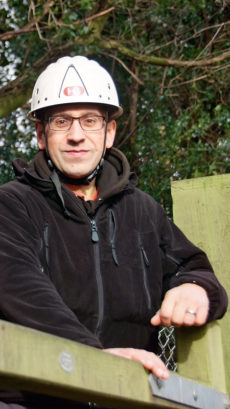 Teacher Yousaf Mirza thinks, that young people are linked to the land­scape.

“What’s crucial is how seven- to ten year-olds under­stand where their food comes from. This has an impact on the land­scape, their well-being, and the liveli­hoods of every­body respon­sible for getting food from farm to plate.” Yousaf Mirza gets it. He first spotted this inter­locking rela­tion­ship as a child growing up in rural Leices­ter­shire. His interest devel­oped further while teaching geog­raphy in secondary schools, and orga­nizing trips and expe­di­tions that aimed to open the eyes of young people to the conse­quences of ordi­nary deci­sions upon the world around them.

He believes young people are intrin­si­cally linked to the land­scape. “Food, clothing, fuel and water are just some of the exam­ples of things we rely on the managed land­scape to provide,” he said. “Many people are unaware of the signif­i­cance of this connec­tion, due to changes in employ­ment numbers in the primary industry sector.” He considers that, if not trans­ferred to young people, a gradual loss of skills will lead to a change in how future gener­a­tions could choose to use their land­scapes.

Now head of educa­tion at Brae­side Educa­tion and Confer­ence Centre in Wilt­shire, Mr Mirza uses the resources of the area as a prac­tical ‘class­room’, taking in places such as Rowde­field Farm. Brae­side provides accom­mo­da­tion and facil­i­ties for schools to broaden children’s under­standing of the world and them­selves plus oppor­tu­ni­ties to prac­tice life skills. For example, chil­dren may be sent out to buy the ingre­di­ents for their own lunches on market day. Their choices are then discussed and eval­u­ated.

What’s crucial is how seven to ten year-olds under­stand where their food comes from.

“What­ever food is on your plate comes from some­where, and some­body,” he explained. “This influ­ences jobs, finances, the envi­ron­ment and land­scape. We also explain the ‘before’ and ‘after’ conse­quences of simple choices such as whether to choose organic, Fair Trade or local prod­ucts.” By these means he hopes that, as adults, the chil­dren will take more respon­si­bility for stew­ard­ship of the envi­ron­ment, the char­acter of the land­scape and encour­aging the agri­cul­tural economy to move forward.

Mission to pass skills on 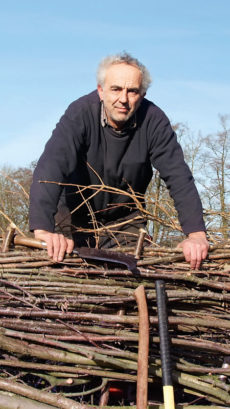 Forestry-trained Andrew Williams is quietly spoken, almost shy, but he admits he’s a man gripped by a love of country skills, and his interest becomes a passion when he talks about handing these skills on to the rising gener­a­tion. “The old crafts were still alive when I started out,” he says. “I think it’s so impor­tant in my own time to pass them on.” Some hedges are 1000 years old, so they have been features of the land for all that time. “If all hedges were left untended, it would destroy the land­scape,” he believes. But even today, hedge laying is more than just a way of improving the view.

The Royal Agri­cul­tural Univer­sity at Cirencester, Glouces­ter­shire, considers it an impor­tant part of boundary main­te­nance and conser­va­tion and runs week-long hedge laying courses for agri­cul­tural students and others who need to acquire the neces­sary skills. Mr Williams is an instructor on these courses during the winter hedge laying season and also targets local schools. He devised a way of setting up a mini-hedge laying compe­ti­tion that can be done in the class­room, using natural mate­rials. He esti­mates that he intro­duces at least 100 people a year to this tradi­tional craft. “My real passion is for passing it on,” he says, remem­bering a wide-eyed farm appren­tice who said to him, “I didn’t know jobs like this ever existed.”

This article was first published in The Furrow maga­zine in June 2015.

The coun­try­side is a space to live and to work. And thus often an arena of conflicts of how to use that space. A chal­lenge that needs to be tackled by farmers them­selves.﻿

Fresh players in the market and new factors influ­encing pricing mean grain prices are fluc­tu­ating signif­i­cantly more than in the past. When selling their grain, farmers there­fore need to focus on good risk manage­ment.﻿