Prof Yves Reck­leben is convinced that it is possible to replace mineral fertilisers to a large extent with farm­yard manure. The Professor of agri­cul­tural and process engi­neering at Kiel Univer­sity of Applied Sciences explains why this is the case in our inter­view.

Dr Reck­leben, in your opinion, what repu­ta­tion does liquid manure have as a fertiliser on arable farms?

It doesn’t have such a bad repu­ta­tion – and there are several reasons for this. Firstly, there are the devel­op­ments in appli­ca­tion methods made over the past few decades. The step from spreading liquid manure over a wide area using splash plates to spreading it close to the ground has contributed a great deal to reducing emis­sions to the atmos­phere. Nutrient effi­ciency has increased by 30-35% through this distri­b­u­tion tech­nique alone. Effi­ciency can be increased even further if the farmer spreads the liquid manure with a dribble bar and incor­po­rates it directly after­wards.

However, in compar­ison to mineral fertiliser, there is still uncer­tainty as to which nutri­ents are actu­ally applied. 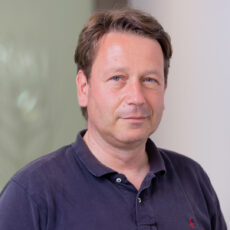 That is true. For a long time, arable farmers in partic­ular – who were used to working with mineral fertiliser – were concerned that they would get an incal­cu­lable mixture of nutri­ents with the liquid manure. However, since NIR sensors have become widely avail­able, the nutrient content can be measured and the uncer­tainty around their appli­ca­tion is much lower. As a result, we no longer speak of the mass of liquid manure in cubic metres, but of the amount of nutri­ents in kilo­grams.

To what extent does the current economic situ­a­tion and social climate give farm manure a boost?

Mineral fertiliser prices are going through the roof right now. So it is clear that alter­na­tives are becoming much more attrac­tive. At the same time NIR measure­ment has helped to qantify the value of liquid manure and to make it trad­able. Organic farms which never use mineral fertiliser have long known the value of farm manure. When you think about society’s desire for sustain­able agri­cul­ture, liquid manure is a good step along the way. Finally, their effi­cient use brings us much closer to a coherent cycle in agri­cul­ture.

How the NIR sensor works

Liquid manure is a nutrient-rich organic fertiliser. But until now, natural vari­ance and rapid settling left the success nutrient appli­ca­tion to chance. With NIR sensors, such as the John Deere HarvestLab, liquid manure can be applied as needed based on nutrient targets and limits for N, P and K in kg/ha.

The sensor provides statis­ti­cally secure data in real time. Errors that usually occur during manual sample collec­tion (such as, for example, oxygen or heat expo­sure before the sample arrives at the labo­ra­tory) are elim­i­nated. In addi­tion, all data is displayed in real time and docu­mented site-specif­i­cally. This allows the oper­ator to adjust machine settings and opti­mises auto­mated machine oper­a­tions in the field.

How do these trends change the rela­tion­ship between farms that produce liquid manure and those that receive it?

Until now, things went like this: A pig farmer in a processing region of Germany was happy to find a farm 200km away that would take the slurry from them. The pig farmer then paid the trans­port and appli­ca­tion costs. Due to rising nutrient prices, the two are now nego­ti­ating on the same level. So you settle some­where in the middle – one pays for the trans­port, the other pays for the appli­ca­tion. 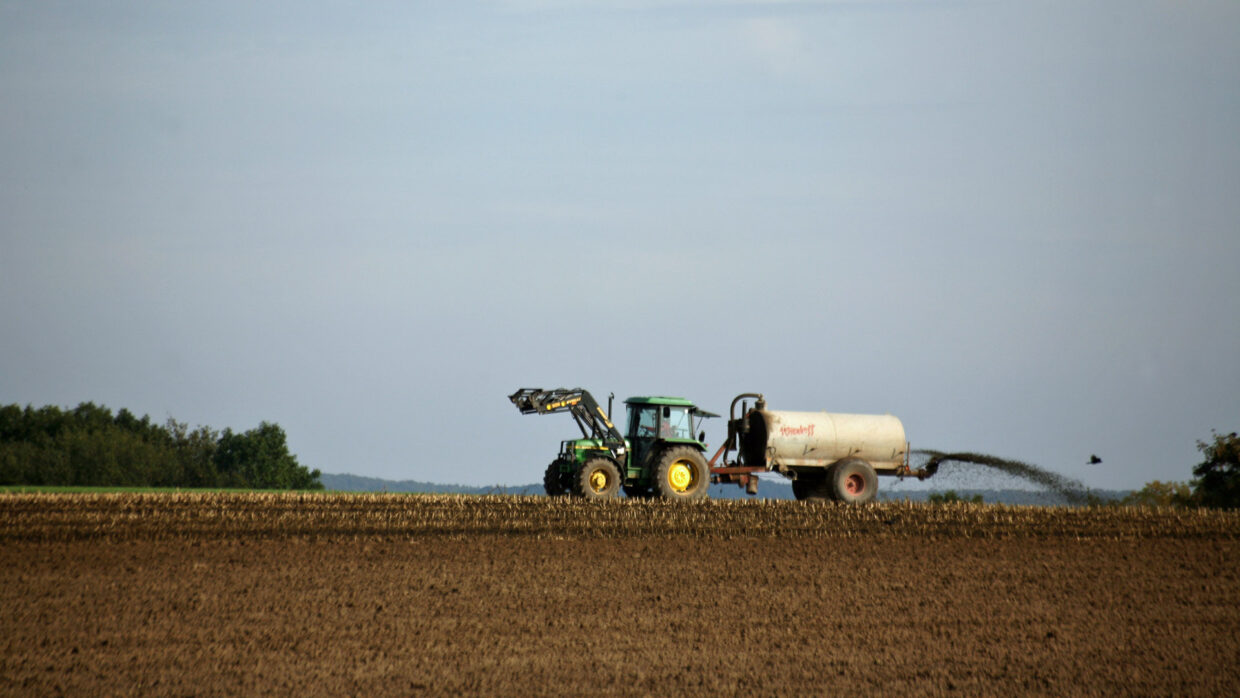 When spreading the liquid manure over a wide area, for example with a splash plate, high emis­sion losses occur. Photo: Adobe / Martina Berg 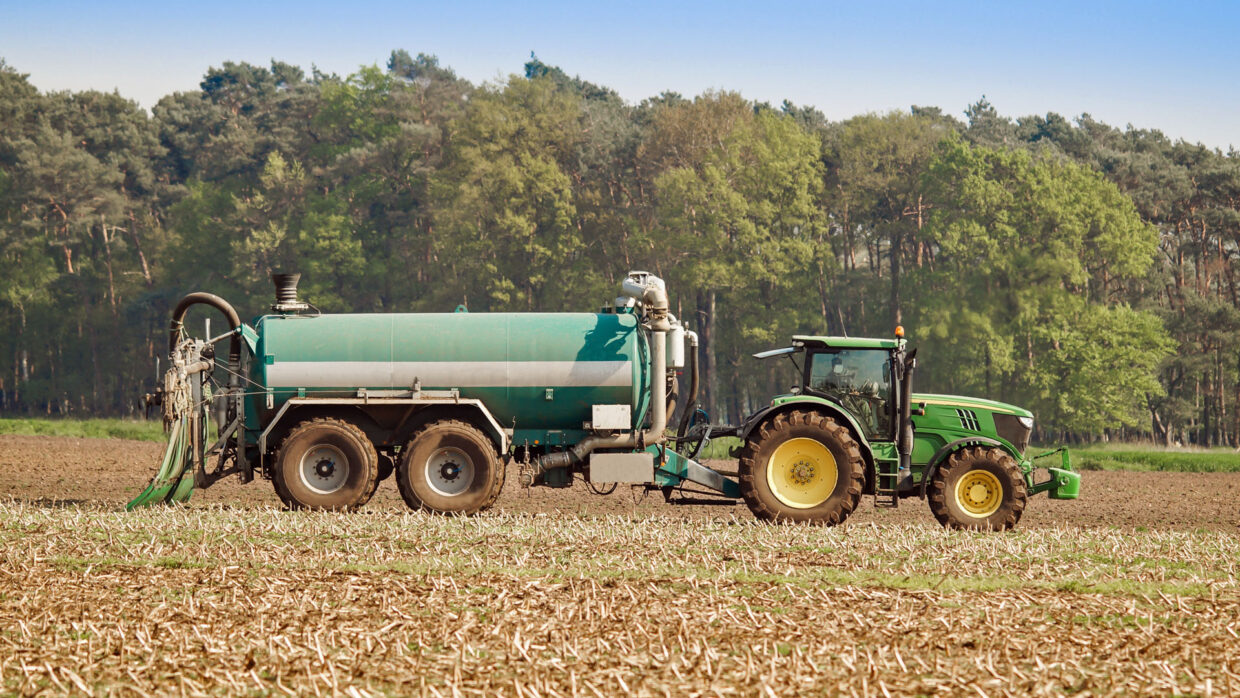 What role do contrac­tors play in this rela­tion­ship?

Contrac­tors are key players here. On a classic arable farm, you usually don’t have your own slurry store. In this context, the issue of logis­tics is crucial for appli­ca­tion: We need distri­b­u­tion and appli­ca­tion vehi­cles and they have to be perfectly co-ordi­nated. If contrac­tors are well equipped in this respect, they can do a very good job. And if they then also have an NIR sensor, they bring with them the certainty that the nutri­ents actu­ally land where they are supposed to. They then docu­ment this directly on the field.

So how accu­rate are the NIR sensors?

That’s hard to say, but the accu­racy of an NIR sensor measure­ment compared to a labo­ra­tory sample does not play the deci­sive role here. What is much more impor­tant is the new way the NIR sensor makes it possible to work. If I take a single refer­ence sample from my well-mixed slurry tank on one day before I drive the liquid manure out, I get exactly one value. However, this merely reflects the condi­tions at that time. How it will look hours or days later, I simply don’t know.

In compar­ison, with the NIR sensor I get a value for every second when applying. So I get a much higher accu­racy, simply as a result of the frequency of the measure­ment. Then I can tell my slurry tanker: Drive to apply X kg/ha of total nitrogen or ammo­nium nitrate, and in so doing have a constant nutrient dosage.

Prof Yves Reck­leben is leading a model and demon­stra­tion project with the aim of better eval­u­ating and exploiting the poten­tial of farm manure. The three-year project involves farms and contrac­tors from four German states that either already work with NIR sensors or are inter­ested in the tech­nology. Prof Reck­leben explains: “For me, the project is less about purely scien­tific moni­toring and more about method­olog­ical moni­toring. That’s why we put the crop produc­tion aspects at the fore: What is happening in the soil so far? How could we make more of it?”

The strict legis­la­tion on fertil­ising with slurry is causing quite a stink for many farmers. Farmer Stefan Vogel­sang explains why it's still useful and how it can be done without stress.﻿