Precision Farming“Thanks to the NIR sensor, we can close the nutrient cycle”

Mr Berges, the NIR sensor tells us exactly which nutri­ents the slurry contains. Does this mean that, in prac­tice, the fertil­ising strategy also changes?

Yes, absolutely. Obvi­ously nature is hard to predict – the weather doesn’t always stay the same and neither does the slurry. The NIR sensor enables farmers and contrac­tors to deter­mine the three impor­tant nutrient levels in the slurry contin­u­ously and in real time. This brings a certain level of trans­parency to nature’s unpre­dictability and has very posi­tive effects. I would even go so far as to say: This is a break­through for fertiliser strate­gies. 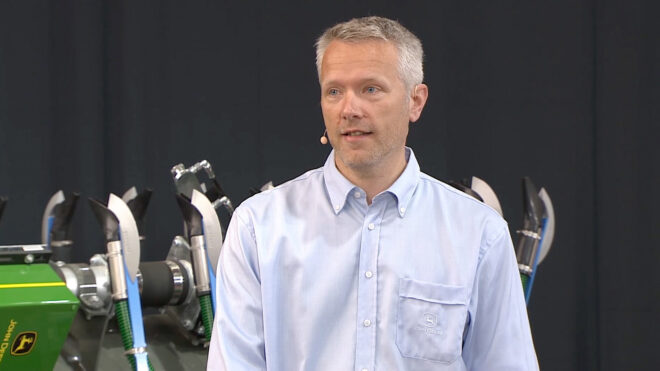 Alexander Berges is manager of produc­tion systems for dairy and live­stock farming at John Deere.

What exactly does that mean for different oper­a­tions?

Let’s take a look at two typical kinds of oper­a­tion: First, we have live­stock farming. Slurry has been used as a fertiliser in this field for decades. So it’s nothing new for these farmers. But now with the NIR sensor, they know exactly how they can take advan­tage of it. So we no longer refer to cubic metres of slurry per hectare, but kilo­grams of nutri­ents per hectare. This means we can avoid over-fertil­ising live­stock-dense areas, and prevent the well-known side effects on the soil, water and air. 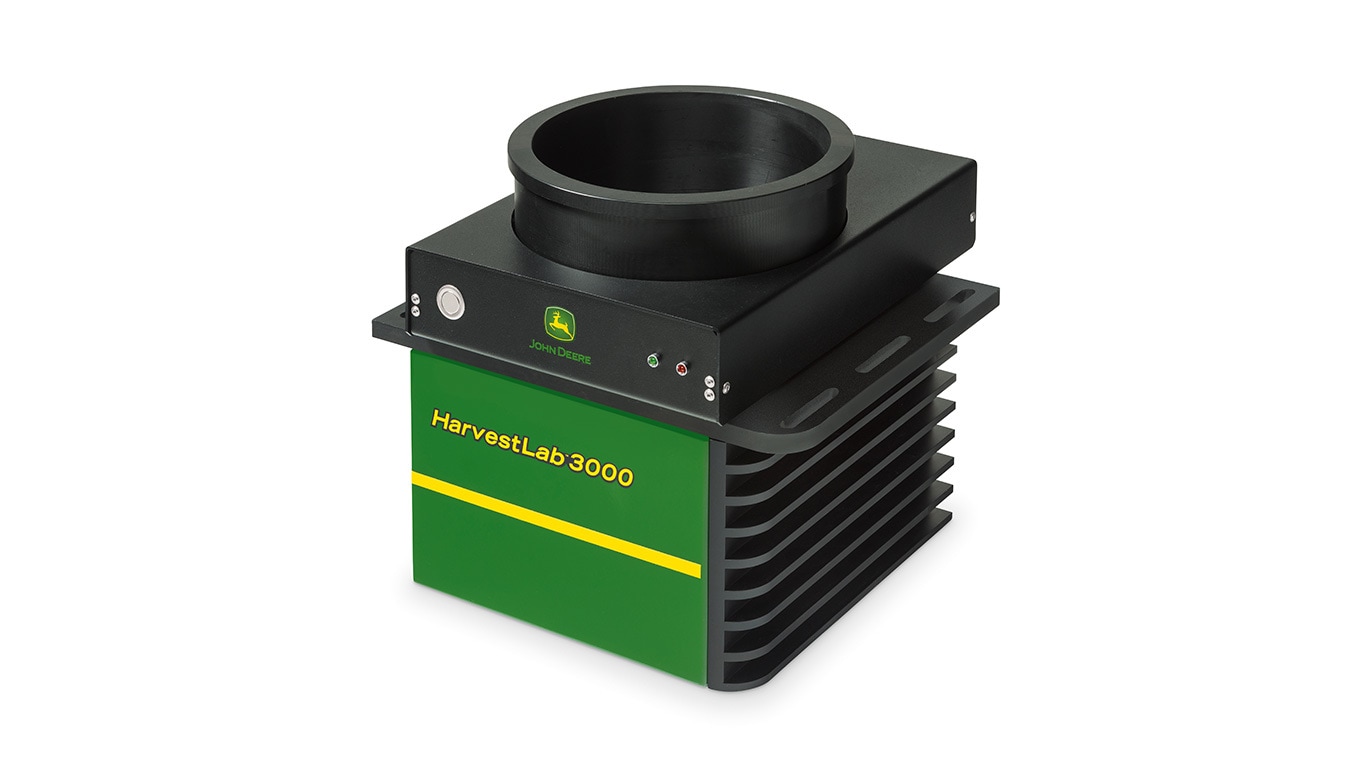 And the second example would be arable farming. In the past, a lot of arable farmers had their reser­va­tions about using slurry. They’ve been using mineral fertiliser for decades, and they’ve had a lot of success with it. But at the same time, this inter­rupted a natural nutrient cycle which had formed over millennia. NIR tech­nology has now brought arable farmers’ atten­tion back to the option of using slurry. These farmers are used to measuring their fertiliser in kilo­gram per hectare. By using the sensor, they can now do exactly the same with slurry.

To put it simply: Can slurry 100% replace mineral-based fertiliser?

If you drop the number 100, then I could answer that ques­tion with a yes. We can and we should substi­tute mineral-based fertiliser with slurry, but not entirely. Taking organic fertilisers as an example – whether they are in solid form as dung or liquid form as slurry – then we gener­ally have phos­phate as a limiting factor. 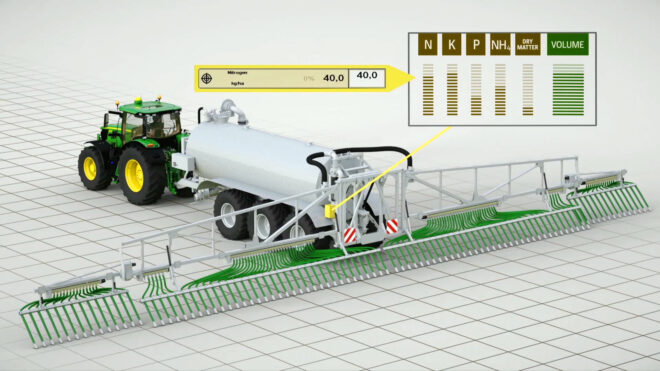 The HarvestLab sensor allows us to accu­rately spread slurry, measuring the nutrient content in kg per hectare and helping to substi­tute mineral fertilisers in arable farming, too.

What are the other advan­tages that slurry brings us?

First of all, using slurry is advan­ta­geous because – as I said before – we can close nutrient cycles. With slurry we can also achieve better soil fertility and an improved humus balance. And it’s this last advan­tage which is going to play a huge role in the future because arable farming can be a drain on carbon. Using slurry makes it 10 times easier to main­tain or raise the humus level and in doing so, slowly draw CO2 from the atmos­phere. And last but not least: Using slurry also saves us diesel.

You’ll have to help me out on that one.

Of course, it’s one of my favourite topics, since not many people know about the concept. Focusing on the way we use agri­cul­tural machinery over the farming season, we can see that these machines use diesel. Adding up this consump­tion gives us a total of between 60 and 100 litres of diesel per hectare per year, depending on region, soil type, and cultivation method.

But if we take arable farming as an example, which uses mineral-based fertilisers with 160kg nitrogen, then around 160 litres of diesel are also required to produce that 160kg of nitrogen. This is made arti­fi­cially, which is why it is often called arti­fi­cial fertiliser. Assuming that, using NIR tech­nology, arable farmers can substi­tute half of the mineral fertiliser with slurry, then it is clear: Each farmer saves exactly 80 litres of diesel per hectare over 365 days. This is a huge step for sustain­ability.

The strict legis­la­tion on fertil­ising with slurry is causing quite a stink for many farmers. Farmer Stefan Vogel­sang explains why it's still useful and how it can be done without stress.﻿

Intro­ducing preci­sion tech­nolo­gies into day to day farming prac­tice can be a chal­lenge. However, no one needs to start out alone. We place the spot­light on two stake­holders in the green sector, who are playing a central role in the adop­tion of digital agri­cul­ture: Deal­er­ships and agri­cul­tural contrac­tors.﻿