Antimi­cro­bial resis­tance is a serious public health concern and live­stock producers are increas­ingly under pres­sure to reduce antibi­otic usage in animals. In the UK, the poultry industry is leading the way.

The media love a good scare story, but the figures behind antimi­cro­bial resis­tance are truly worrying. Already, at least 700,000 people die around the world each year as a result of drug resis­tance: At this rate, it will cause 10 million deaths a year by 2050, with many arising from simple infec­tions following routine oper­a­tions.

These figures form part of the inde­pen­dent global Review on Antimi­cro­bial Resis­tance, chaired by Jim O’Neill and published in May 2016. Commis­sioned by the British govern­ment in July 2014, the review engaged widely with inter­na­tional stake­holders to under­stand and propose solu­tions to antimi­cro­bial resis­tance.

According to the Respon­sible Use of Medi­cines in Agri­cul­ture Alliance (RUMA), which has set up a task force to help achieve sector-specific targets, about 35% of the UK’s antibi­otic sales go to live­stock farming. That is half the level seen in the US. And a recent review of several Northern Euro­pean studies suggested that farm animal use could be respon­sible for just one in 370 human cases of resis­tant bacteria.

In 2019 the British govern­ment published a five-year strategy to reduce antibi­otic use in farm animals by 25% between 2016 and 2020. That is quite a demand. But it’s not impos­sible, as the poultry sector is already starting to prove. 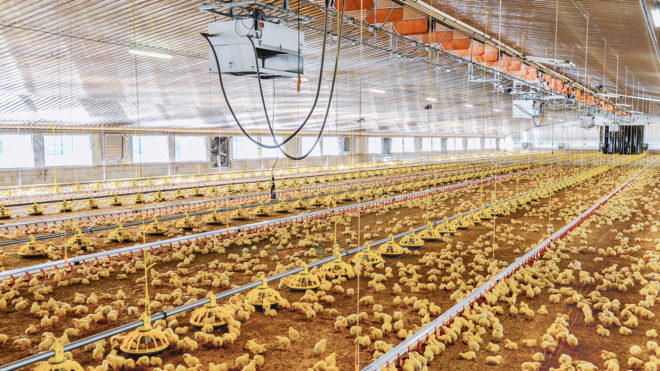 Good bio-secu­rity and hygiene are key to reducing disease risks.

In 2011 the British Poultry Council launched an antibi­otic stew­ard­ship scheme, bringing together exper­tise from leading poultry veteri­nar­ians and producers. In just five years BPC members slashed their antibi­otic usage by 82%, even though poultry produc­tion increased by more than 5% over the same period.

The industry has also volun­tarily with­drawn certain cate­gories of antibi­otics which are crit­i­cally impor­tant to human medi­cine, and it became the first sector to publish and review medi­cine usage. Since then, other sectors have followed suit, with more than 5m pigs now regis­tered on an industry data­base to record antibi­otic use, and a cattle initia­tive also under way. There are clearly massive differ­ences in antibi­otic usage in live­stock across the world, as well varying levels of under­standing among the general public. Indeed, some believe antibi­otics and hormones are still used as growth promoters in the EU, even though they were banned in 2006 and 1988, respec­tively.

But that’s not to say we can’t learn from industry best prac­tice around the globe. And that’s some­thing that St David’s Poultry Team, based in Devon, has done. Its new approach to reduce antibi­otic use; created by a group of scien­tists, vets and primary producers, has proven such a success that it is now being rolled out across much of the country.

“Producing top quality, high welfare chicken at consumer-friendly prices without antibi­otics is a huge chal­lenge,” says partner Richard Turner. “That is why we have focussed so much on devel­oping a robust system that farmers can adopt. There will always be situ­a­tions where we have to treat with antibi­otics, but there hasn’t been enough time spent looking at alter­na­tive approaches.” 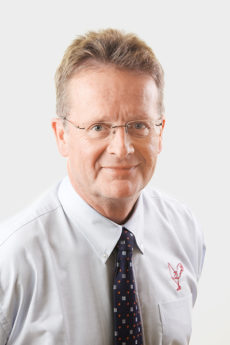 St David’s devel­oped the ABC concept – which stands for Applied Bacte­rial Control – to improve bird health through bespoke husbandry solu­tions for each farm, along­side the use of prod­ucts like fatty acids, essen­tial oils and probi­otics.

In 2016, the team organ­ised an inter­na­tional confer­ence – Antibi­otic Reduc­tion: The Next Step – which brought together key experts on human and animal medi­cine. Speaking at the event, Professor Colin Hill from Univer­sity College Cork, Ireland, explained that chickens – and humans – are actu­ally 90% microbes and only 10% chicken or human cells. “Everyone has a different micro­biome, assem­bled from their parents, their envi­ron­ment, their food – there are over 1000 species and they play a key role in health,” he said.

Bene­fi­cial bacteria help to out-compete pathogens, and a core prin­cipal of the ABC approach is Seed, Weed and Feed, devel­oped by Professor Stephen Collett from the Univer­sity of Georgia, America. “You need to seed the gut with favourable flora, feed the favourable flora, and weed out the unfavourable microbes,” he says. For best results, ABC should be adopted at every stage of the supply chain, from breeder to finisher, to culti­vate bene­fi­cial bacteria and progres­sively elim­i­nate the damaging ones.

There will always be situ­a­tions where we have to treat with antibi­otics, but there hasn’t been enough time spent looking at alter­na­tive approaches.

In poultry produc­tion, the birds face a number of chal­lenges over a short period of time, from vacci­na­tions to dietary changes. Any such stress can have a nega­tive impact on intestinal health, resulting in diar­rhoea and poten­tial infec­tion. Often, in these cases, vets turn to antibi­otic treat­ments. The aim of the ABC approach is to over­come these chal­lenges through improved natural immu­nity and optimum gut devel­op­ment at an early stage.

St David’s approach is a very holistic one, starting with the parent stock and chick envi­ron­ment, and encom­passing water clean­li­ness and pH, and overall bio-secu­rity. It also uses prod­ucts like Intesti-Flora – a mix of short chain fatty acids, prebi­otics and oligosac­cha­rides – as well as bacteria like Lacto­bacillus farci­minis (Biacton) to help to develop the correct gut envi­ron­ment.

In America, many farmers are already rearing chickens without any antibi­otic usage at all, according to Dr Linnea Newman from Merck USA. “Restau­rant chains and whole­salers have begun a drive for antibi­otic free produc­tion,” she explains. One firm – Perdue, is sharing its formula for success. “The Perdue programme is to reuse poultry litter – the organism is the house and you want it to be a like a yoghurt culture,” says Dr Newman. “Antibi­otic-free produc­tion forces us into good manage­ment, and as a result perfor­mance is often better.”

Antibi­otic-free produc­tion forces us into good manage­ment, and as a result perfor­mance is often better.

In the UK, farmers cannot reuse poultry litter – after each flock the house is completely cleaned and disin­fected to reduce the poten­tial transfer of disease. However, that never gets rid of the bacteria in a house completely, says Prof Collett. “The balance of good and bad bacteria remains the same, albeit at reduced levels – it takes about seven cycles to displace the unfavourable flora compared to three cycles in deep litter.”

Professor Richard Ducatelle from Ghent Univer­sity, Belgium, reckons the shift from trying to elim­i­nate microbes to culti­vating bene­fi­cial ones is a step-change for the industry. “To me, this is the future of the veteri­nary profes­sion.”

Having proven the approach works in the poultry sector, St David’s is now turning its atten­tion to the pig industry, which has many simi­lar­i­ties. “Bene­fi­cial bacteria pass down from one gener­a­tion to the next, so if you have healthy sows their piglets get a head start in life,” says Mr Turner.

“However, weaning and a change in diet adversely affects the piglets’ gut, poten­tially resulting in gastric ulcers and slow growth rates.” Treat­ment with antibi­otics is routine at this time, but this kills off many of the bene­fi­cial bacteria, resulting in a dysfunc­tional gut and impacting produc­tivity.

Every farm is different and requires a bespoke approach, but reducing the routine use of antibi­otics need not be feared.

The answer lies in boosting and protecting the animals’ natural bacteria and health, removing the neces­sity for routine antibi­otic use. “It’s vital that we keep the effi­cacy of antibi­otics to treat animals and humans when they are ill,” warns Mr Turner. “Every farm is different and requires a bespoke approach, but reducing the routine use of antibi­otics need not be feared.”

Charlie Simpson rears 542,000 broilers per crop at Lower Heath Farm, Whitchurch, Shrop­shire, and has slashed his antibi­otic usage by 70-80% in the first three years of adopting the ABC approach. When he started working with St David’s vet Suzy Ackerley, Mr Simpson decided to trial a range of essen­tial oils at about three weeks of age to support the birds’ intestinal health. These help to stabilise the intes­tine and reduce leakage of bacteria into the blood­stream.

“At this time the birds are under­going a feed change, being vacci­nated against Gumboro disease and also going through their optimum growth phase,” says Miss Ackerley. “This combi­na­tion means intestinal health can suffer; the essen­tial oils help to support the birds during this crit­ical period.” 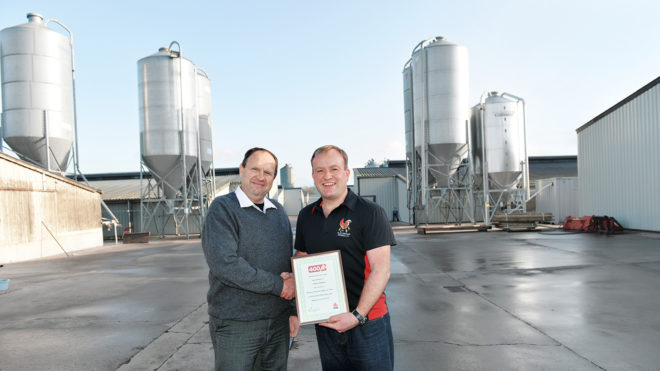 3 Charlie Simpson (right) is now one of the highest performing broiler producers in the country. 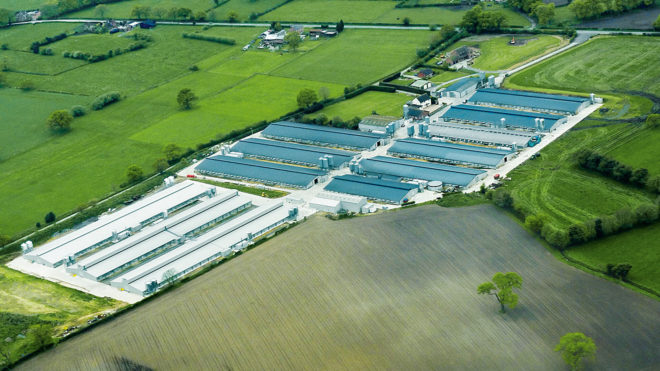 The ABC approach has been so successful Mr Simpson has rolled it out across the whole farm.

Mr Simpson trialled it on six of the 15 computer-controlled houses and the perfor­mance bene­fits mean he’s now rolled it out across the whole site. “If you can get the birds off to a good start it’s a great help,” he says. “The stronger and healthier they are the better.” Mr Simpson uses an LMS auto­mated dosing system to improve water sani­ti­sa­tion and add acids to opti­mise intestinal health. “Hygiene is very impor­tant, but water hygiene is often over­looked,” he says. He also adds probi­otics and protected butyric acid to the feed when­ever a flock starts to look as if it’s running into health prob­lems.

The industry is pushing for a reduc­tion in antibi­otic usage and we’re keen to get on with it. It’s all about preven­tion rather than cure.

General shed hygiene is of course vital, as is using the best quality feed. “It’s really a combi­na­tion of every­thing pulling together,” says Mr Simpson. “There’s no doubt that the industry is pushing for a reduc­tion in antibi­otic usage and we’re keen to get on with it. It’s all about preven­tion rather than cure.”

Having made the changes, Mr Simpson became the largest farmer ever to join Aviagen’s coveted “400 Club” which recog­nises the highest performing broiler producers in the country. Taking into account feed conver­sion, mortality and daily liveweight gain, his Euro­pean Produc­tion Effi­ciency Factor aver­aged 403 across all 15 houses. “It’s been a long time coming – I’m just very proud to have got there.” 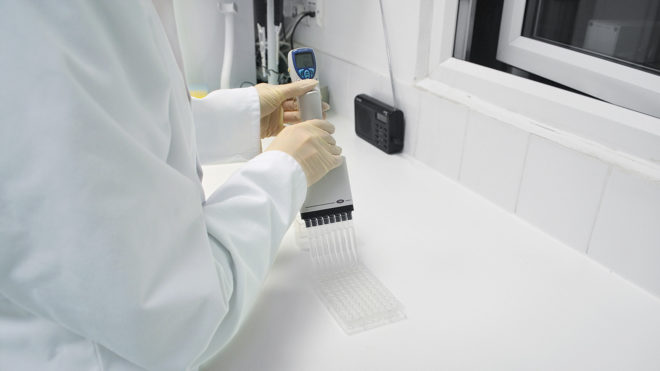 High welfare pig produc­tion isn’t always about free-range systems. With growing demand for ethi­cally produced but inex­pen­sive pork, high welfare indoor systems could be the way forward for the industry.﻿