For British farming to reach net zero by 2040 more carbon needs to be captured: But the topic of carbon seques­tra­tion has become too high level and farmers need to bring it back down to earth – quite liter­ally.

Trees and shrubs are very effec­tive at capturing carbon and are widely recog­nised as an impor­tant tool in climate change miti­ga­tion. But grass­land also has a major role to play and the combi­na­tion of sustain­able farming and meeting net zero targets depends largely on what’s going on below the sward – in the soil.

Sarah Bolt, member­ship devel­op­ment manager at King­shay Dairy Special­ists, recently compiled the Soil Carbon Report, combining the key find­ings from Kingshay’s own Soil Organic Carbon Project with other research and knowl­edge.“ Grass­land has huge poten­tial for carbon seques­tra­tion and, unlike wood­land which stores the majority of sequestered carbon in its vege­ta­tion, it stores up to 90% of captured carbon within the soil as soil organic carbon (SOC),” she says. 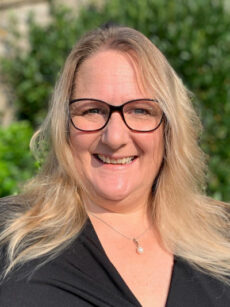 Carbon in our soils goes beyond climate change miti­ga­tion; it is the foun­da­tion of healthy, fertile soils.

And carbon in our soils goes beyond climate change miti­ga­tion; it is the foun­da­tion of healthy, fertile soils – providing good struc­ture, chem­istry, and biology. The healthier and more stable our soils, the more produc­tive and resilient to chal­lenges like leaching, drought and erosion caused by the changing and extreme weather patterns increas­ingly seen in the UK.

“The soil carbon project inves­ti­gated current SOC levels in UK grass­land and the main influ­ences over carbon seques­tra­tion and reten­tion,” explains Ms Bolt. “We then published the report as a prac­tical guide for farmers who want to better under­stand SOC and how to measure and manage levels in their grass­land soils; all while helping farmers achieve healthy soils and produc­tivity well into the future.” 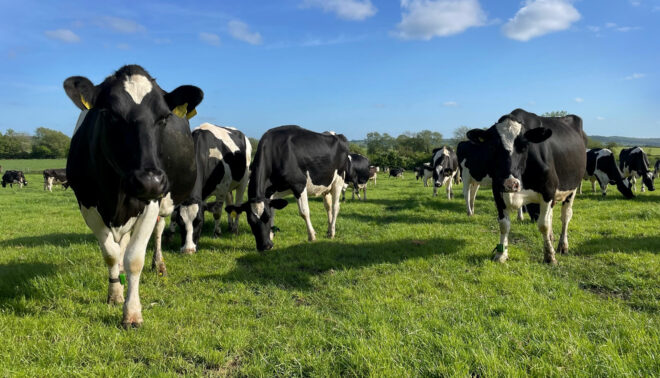 Grazing is excel­lent for seques­tering carbon in the soil.

So what do farmers need to consider?

Soil Organic Carbon (SOC) and Soil Organic Matter (SOM) are two terms that frequently crop up in conver­sa­tions about soil health and carbon seques­tra­tion, says Ms Bolt. SOC is a compo­nent of SOM: The latter predom­i­nantly comprising carbon along­side water, nutri­ents like nitrogen and phos­phate, and soil organ­isms and their secre­tions.

“For a long time we’ve measured SOM to deter­mine carbon levels, believing SOC to be around 58% of total SOM,” she explains. “But we now have a better under­standing of what deter­mines and influ­ences the amount of carbon stored in soils, and that it can vary greatly from farm to farm.”

So while farmers can trans­late ‘good’ to ‘very good’ SOM levels as good SOC – all the different compo­nents of SOM means that any esti­ma­tion of carbon level is at best a guess.

One of the greatest factors affecting carbon levels is soil type. “There is a posi­tive corre­la­tion between the soil clay content and SOC,” says Ms Bolt. “Clay parti­cles are very small and can pack them­selves together to form large surface areas which hold SOC in elec­tro­static bonds – forming aggre­gates.

“This stabilises the organic matter which contains the carbon, keeping it from being lost as carbon dioxide (CO₂) through decom­po­si­tion by soil organ­isms.” In contrast, it can be hard to reach high SOC level in sandy soils. “Sandy soils are a chal­lenge because they do not have such a large surface area as the clay parti­cles, which means SOC is not stable and isn’t held well within the soil,” she explains.

“It doesn’t matter how much organic matter you add to a sandy soil – it has a limited SOC capacity and once capacity is reached farmers need to change their mindset from ‘building levels’ to ‘main­taining levels’.”

The percentage of SOC to the percentage of clay is referred to as the SOC/clay ratio, and all managed soil types should be able to achieve a minimum ratio of 0.1. And while figures can bench­mark an indi­vidual farm’s SOC, it doesn’t clearly show how well the soil – for its type – is performing. To tackle this issue, a group of researchers devel­oped an index system for SOC/clay ratio which sepa­rates soils into four cate­gories: Degraded (<0.077), moderate (<0.1 ≥0.077), good (<0.125 ≥0.1), and very good (≥0.125).

“A sandy soil is always going to hold less SOC than a clay soil so we use the index cate­gories to clearly show the rele­vance of that SOC/Clay ratio to the soil texture,” she explains.

Results from the 100 farms that took part in the project showed an average SOC/clay ratio of 0.15, but ranged from 0.06 to 0.54. In terms of cate­gories, 59% of soils under perma­nent pasture were very good and 27.9% were good, while soils under short to medium term grass leys scored 36% and 41%, respec­tively. “It is worth noting that more soils are cate­gorised as degraded or moderate under tempo­rary grass leys (23%) then under perma­nent pasture (13.1%).”

Measuring of the carbon level

It is widely accepted that to manage you need to measure – and the same goes for carbon levels in soils. “Measuring will give you the current status and starting point,” says Ms Bolt. “From that you can begin to bench­mark, plan, and imple­ment appro­priate action.”

Measuring SOC levels can be done two ways: Loss of Igni­tion (LOI) testing – a tradi­tional method used to measure SOM that assumes SOC accounts for 58% – and the Dumas Combus­tion method – a specific and most accu­rate measure­ment method. “It’s impor­tant for farmers to be clear about the differ­ences, because while LOI testing is cheaper it does not give accu­rate results. Field sampling followed by lab analysis using the Dumas Combus­tion is consid­ered the gold stan­dard.”

Of course, it depends what farmers need to know; is it just for interest or improving soil health? To help miti­gate climate change by increasing carbon levels or with a focus on GHG offset and carbon trading? It is worth repeat testing every three to five years along­side soil bulk density analysis to assess how changes in soil condi­tions are affecting SOC levels. This will also help farmers who want to better under­stand carbon stocks in their soils – with a view to poten­tial offset­ting and trading – by estab­lishing a figure for, and trend of, tonnes of carbon per hectare (t/ha).

The golden rules for soil sampling are: Test in autumn, avoid testing fields ploughed in the previous six months, avoid testing after fertiliser or manure appli­ca­tions, and be consis­tent in the labo­ra­tory and method used.

Once farmers have the right infor­ma­tion about their soils and index cate­gory they can tailor their actions accord­ingly. “Degraded or moderate soils need SOC levels built while very good and good soils need their levels protected,” stresses Ms Bolt.

To this end, the mindset needs to change around ploughing. “We need to think about how and why we reseed – ploughing is still the main method of cultivation,” she explains. Reducing ploughing and incor­po­rating new cultivation tech­niques maximises soil health and increases produc­tivity.

And grazing has a role to play. “Grazing live­stock can be both bene­fi­cial and damaging; over­stocking and poaching will lead to soil degra­da­tion,” says Ms Bolt. “Rota­tional grazing is good for incor­po­rating organic mate­rial – but it also improves grass produc­tivity and longevity, meaning there is less need to reseed and disturb soils.”

Also worth serious consid­er­a­tion is sward diver­sity. “Increase diver­sity by intro­ducing multi-species swards, partic­u­larly legumes like clover and deep-rooted species like chickory or plan­tain. “It is esti­mated that soils take 20 to 50 years to reach an equi­lib­rium from being ploughed to reaching maximum soil carbon levels,” stresses Ms Bolt. “So there isn’t time to delay – farms will produc­tively and econom­i­cally benefit much more from taking action sooner rather than later.” 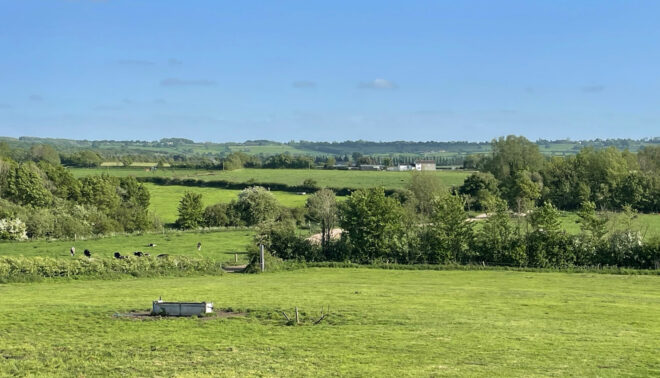 Case Study: Locking CO2 in the soil with dairy farming?

For more than 30 years, the Colling­born family has been running their farm in Chip­penham, UK, moni­toring the carbon content in the soil. In a case study, they report on their approach and the expe­ri­ence they have gained over many years.

Disman­tling the envi­ron­mental myths surrounding grass-based British dairy farms has become a passion for one wife and husband team in north Wilt­shire.﻿