Farmer Thomas Björk­lund in Sköldinge, Sweden, previ­ously pioneered farm prac­tices which have become estab­lished trends. Now, he has teamed up with medical doctor Kerstin Fred­lund to turn indige­nous grain vari­eties into super­food via a hydrothermal process.

Thomas Björklund´s interest in producing hydrother­mally treated grains came after he started producing organic barley malt for the fast-growing industry of local hand­crafted beers in 2017. Being a trained agron­o­mist with a keen interest in advanced plant biology he soon realised that hydrother­mally treating grains – a more refined and scien­tific way of malting – could increase the nutri­tious – and finan­cial – value of his indige­nous organic crops. “It releases nutri­ents that other­wise wouldn´t be acces­sible to us,” he says. 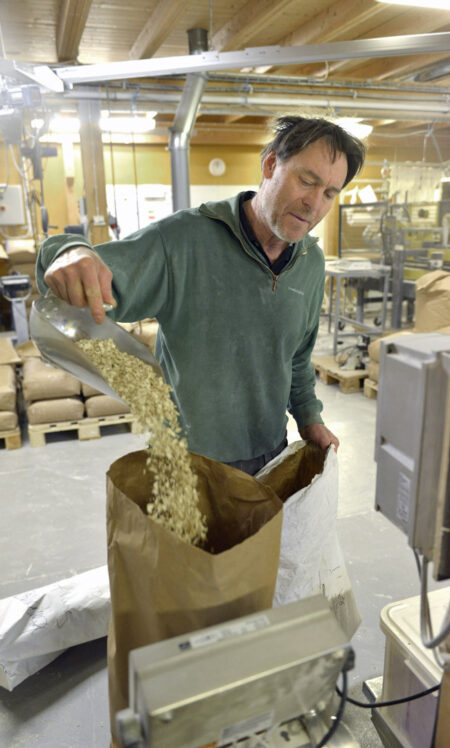 The nutri­ents which are mostly at stake here are zinc and iron, as well as other micronu­tri­ents. But iron is double-edged sword. In its organic form it’s an impor­tant nutrient which many, espe­cially young women, are suffering a defi­ciency. But when given to humans in the non-organic form; as an addi­tive in many of the food prod­ucts we eat today, it becomes dangerous.

“The problem is that in its non-organic form, it´s like adding iron dust in your food,” says professor and medical doctor Kerstin Fred­lund, the founder of the Hidden in Grains Company and an expert-in-demand by govern­ment and inter­na­tional health-promoting bodies. “Our bodies cannot digest or absorb it, which leads to several diseases. One is type-2 diabetes, which is soaring in the western world.” She has teamed up with Mr Björk­lund to develop nutri­tious grain prod­ucts. “Grain is a fantastic food, but unfor­tu­nately it has a very bad repu­ta­tion, which it doesn’t deserve,” Mr Björk­lund says.

The key problem is the processing of modern grain vari­eties. Having not been exposed to the highly effec­tive breeding process focusing on increasing yields, indige­nous vari­eties contain more nutri­ents. But current commer­cial vari­eties – which contain higher gluten and protein – could also fit the bill, if they weren’t churned through a highly indus­tri­alised process, which devoids them of much of their orig­inal nutri­tion.

Dr Fred­lund, a specialist in primary care and with a doctorate in food sciences, has a broad knowl­edge of and back­ground in farming and plant biology. In her daily voca­tion, she sees the results of a food industry with indus­trial processing that causes huge harm to the public health.

“We (doctors) constantly have to sweep up the prob­lems caused by the food industry and it is a losing battle, with diseases we could avoid,” she said. “And contrary to public opinion, the road to a healthier lifestyle is not through eating less meat but to eat more whole-grain prod­ucts.”

The hydrothermal process, which they are now trying to perfect, is essen­tially simple, based on a long-prac­ticed tech­nique of preparing grains, but now with added scien­tific finesse, knowl­edge, tech­niques and plant biology skills to get the process right.

“You have to get the process right to achieve the results we need,” says Dr Fred­lund. “The biggest chal­lenge is to break down the phytic acid in the grains, neces­sary to make the minerals and nutri­tion acces­sible for our bodies. Studies show that the phytic acid content in indige­nous Einkorn wheat is five times that of modern organic vari­eties, and the more phytic acid the more nutri­ents,” she adds. 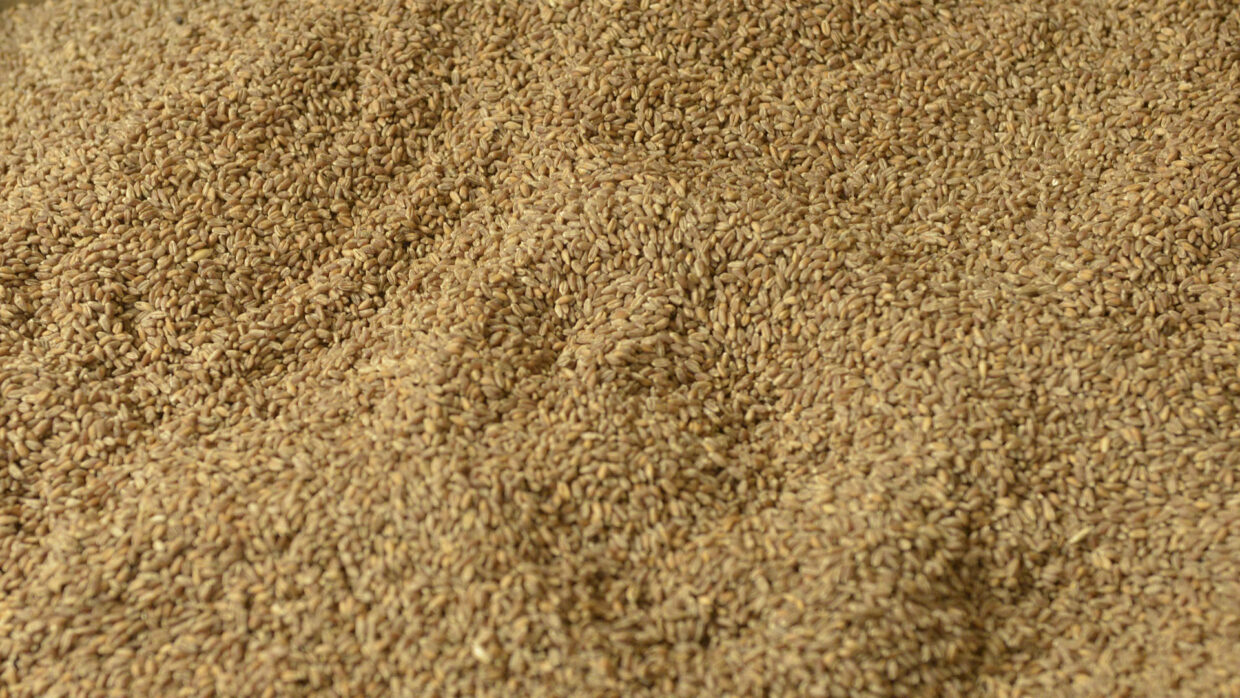 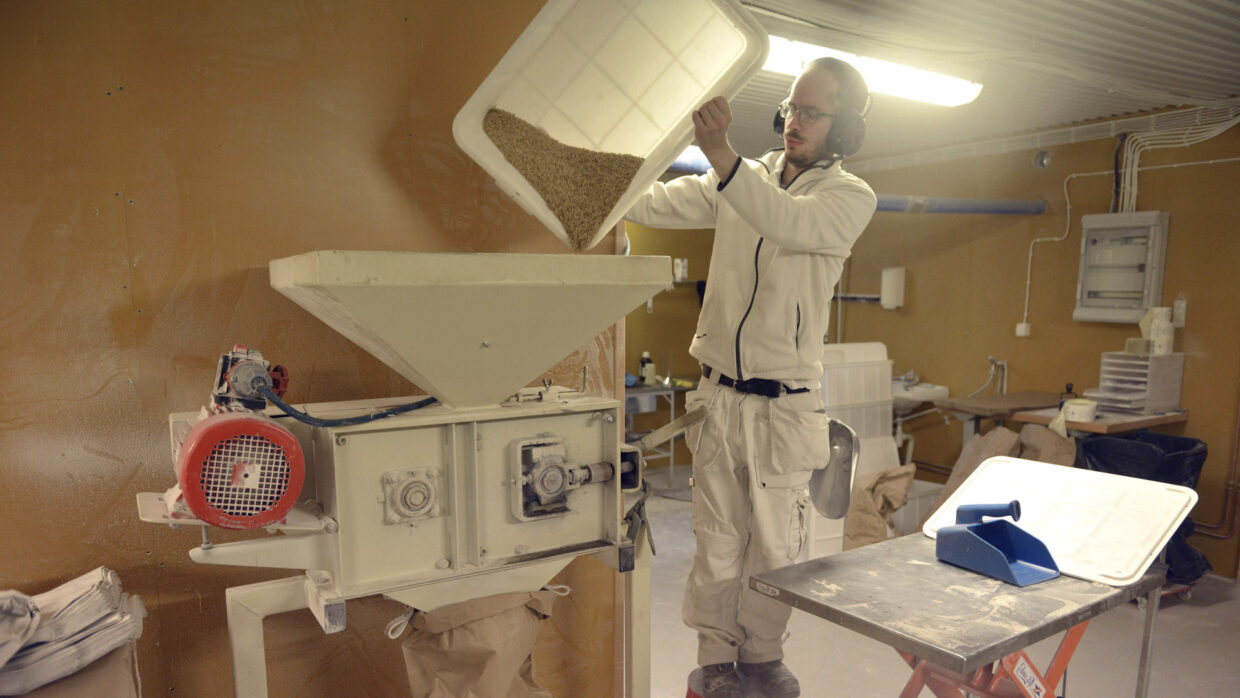 In the Warbro mill he founded, Thomas Björk­lund grinds grain from producers who together grow several hundred hectares. 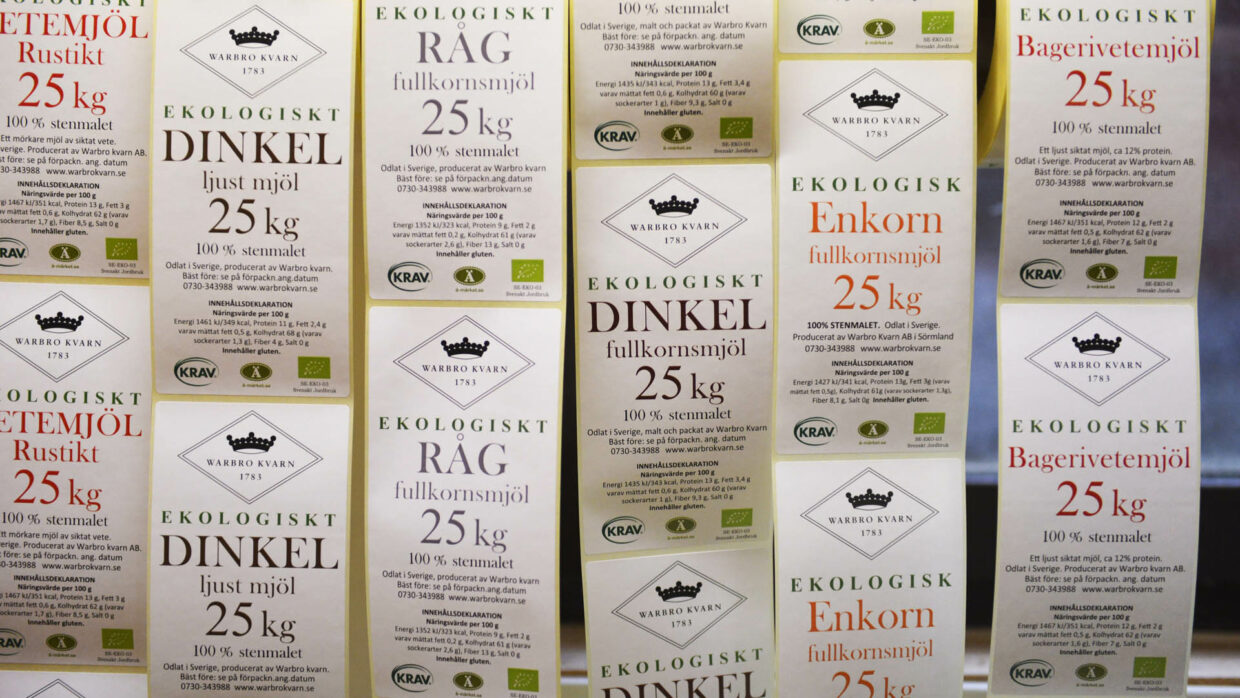 The Warbro mill produces rye, spelled and einkorn organic flour, among other things.

Hydrothermal treat­ment is a processing method which unlocks nutri­ents in grains and allows for easy absorp­tion of micronu­tri­ents by the human body. The tech­nique is as simple as it is old; in prin­ciple it mimics the  natural process during the seed´s germi­na­tion, when nutri­ents are released for the next gener­a­tion of plants. Ideally hydrothermal treat­ment would make it unnec­es­sary to enrich food prod­ucts with vita­mins and minerals, which, could be harmful to the body.

If the market accepts hydrothermal processing of grain and produc­tion could be scaled up for economies of scale – then tasty, long-lasting, and nutri­tious whole­grain-based prod­ucts could be produced inex­pen­sively and at afford­able prices for low-income consumers.

Indige­nous grains are currently not approved by the EU as an openly-traded seeds. For now, growers have to conduct their busi­nesses and seed trade within the industry asso­ci­a­tion, Allkorn, but it will become easier next year when the EU will liber­alise trading rules for organ­i­cally culti­vated indige­nous grains. Today Mr Björk­lund supplies seeds to farmers on a buyback arrange­ment, and at his Warbro mill he is stone-milling grains from producers culti­vating a couple of hundred hectares.

Fredrik Zetterqvist is one farmer supplying Warbro Kvarn with indige­nous barley and wheat produced on a buy-back contract. He farms around 40ha of grain on his mixed 120ha farm in Skevbok­varn, which also includes raising some 180 steers.

“For me it´s an ideal set-up, I´m gaining from getting my seeds; I know what to grow and I know I have a buyer for it,” he Zetterqvist says. The barley was last listed on the offi­cial seed-list in 1930, and the price received of course reflects the lower yields. Indige­nous vari­eties yield between 3 and 4t/ha but are harvested with a stan­dard combine. “We´ve had better yields with these wheat vari­eties than with some modern organic vari­eties,” Mr Zetterqvist says. 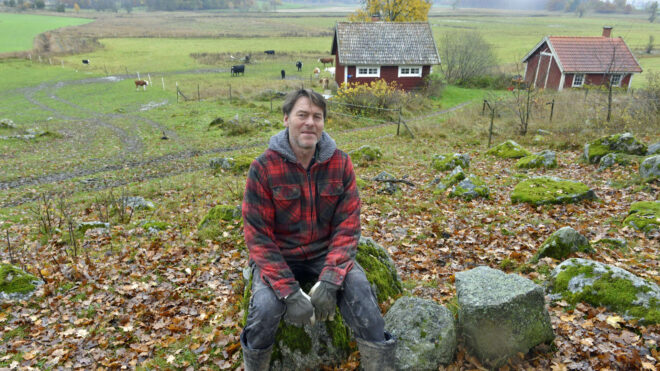 Thomas Björk­lund runs a mixed farm in Sköldinge with animal husbandry and the cultivation of grain seeds.

The new avenues offer bright prospects of adding value on the farm. Organic flour made from indige­nous vari­eties already demands a retail price six times that of a conven­tional flour.

Mr Björk­lund cites busi­ness confi­den­tiality for not giving out the farm gate price he is offering, but working back from the retail price (based on the conven­tional retail price share) farmers could be receiving around 6 Skr/kg (£510/t). That would make farming indige­nous vari­eties for these purposes econom­i­cally viable even for smaller farm­steads. And the 100ha Björk­lund family holding – of which only 30ha is culti­vated – is proof of that. “The farm itself is too small to offer suffi­cient conven­tional returns,” he says.

We produce about 30t of bran which we wouldn’t have any use of. Now we can feed our live­stock with it.

Culti­vating indige­nous grains also offers syner­gies for organic live­stock farmers like Messrs Björk­lund and Zetterqvist. “We produce about 30t of bran which we wouldn’t have any use of. Now we can feed our live­stock with it,” says Mr Björk­lund.

For Mr Zetterqvist the long-strawed indige­nous crop makes him self-suffi­cient in forage. “That is usually a big expense for organic live­stock farmers so it is a big plus for me to be able to produce it myself.” 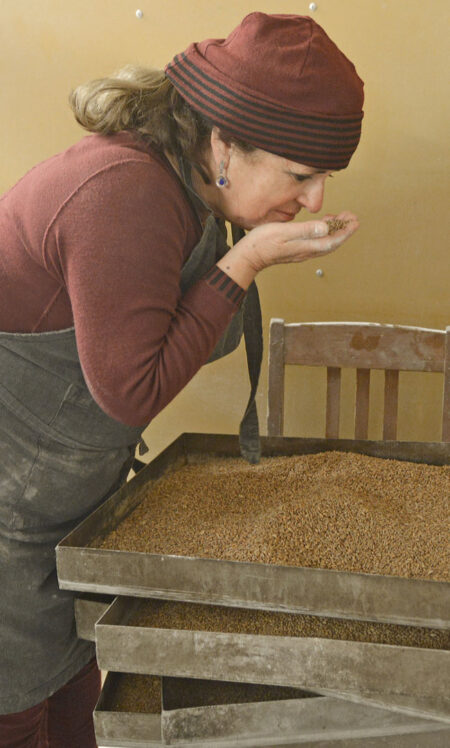 The market for food prod­ucts from indige­nous crops has grown slowly but steadily. Mr Björk­lund reckons several thou­sand hectares are growing indige­nous crops today and that could easily double as more consumers become aware of the health bene­fits and the new step he is under­taking together with Dr Fred­lund.

“We now want to see if we can scale this produc­tion up with Thomas´s 3t grain bins now being used for barley malt,” says Dr Fred­lund.

Although the prod­ucts should help with diseases caused by low fibre foods the break­through might be in the devel­oping world with what she describes as the “hidden hunger”: That is, food with too few nutri­ents – mostly zinc and iron. This could be where their prod­ucts will have market success sooner rather than later.

But as diabetes, cancer and heart diseases increase in the western world, the concept of eating your health instead of eating your­self into a disease is also gaining trac­tion. That said, Mr Björk­lund prefers the slow devel­op­ment of the market, as it has already gained momentum, and tells politi­cians to stay clear.

“It´s better the market grows organ­i­cally as it has,” he says. “It´s never good when politi­cians tell you that you can grow so much of this or that.”

The human body´s need for and processing of fibre

The human intestinal system needs a variety of nutri­ents to func­tion well, and a healthy gut system is vital to keep many diseases at bay. Fibre from different food sources affect the intestinal system at specific places; for full coverage one needs to eat 30 different plant fibres per week and 80g of whole grains per day. We have 1,300 different intestinal bacteria and they require different kinds of fibres.

A good content of organic matter not only helps the envi­ron­ment, but also the fertility of the soil - for Henning and Arne Beecken, the two aspects cannot be sepa­rated from each other. Following this prin­ciple, the young farmers have completely converted the family farm's cultivation system.﻿

In his guest article, Mark­wart von Pentz, pres­i­dent of John Deere's agri­cul­tural machinery divi­sion, outlines the biggest chal­lenges facing agri­cul­ture and shares his outlook on how to over­come them. ﻿