The cattle industry is under increasing scrutiny for its contri­bu­tion to climate change, but with adver­sity comes inno­va­tion and agri­cul­ture has risen to the chal­lenge by devel­oping methane inhibiting supple­ments.

Who would have thought 10 or 20 years ago that cow burps would be a regular news topic, but in one form or another the conver­sa­tion around live­stock emis­sions is prolific – almost more so among the public than the farming commu­nity.

But whether beef and dairy farmers are involved with the conver­sa­tion or not, the pres­sure to halt climate change by reducing emis­sions is growing in inten­sity and the finger is all too often pointed at their prac­tices. The global live­stock industry is purport­edly respon­sible for 15% of all green­house gas emis­sions, according to the FAO, and with cow numbers set to rise from 1.5bn now to 2.5bn by 2050, this will only increase.

But constant inno­va­tion is paving the way for climate friendly farming with easily adopt­able tech­niques and prod­ucts coming to the fore. Feed addi­tives that help to reduce enteric (occur­ring in the intestines) methane emis­sions or improve effi­cien­cies are one type of solu­tion. These range from yeast cultures to seaweed extracts, essen­tial oils and herb or fruit isolates. 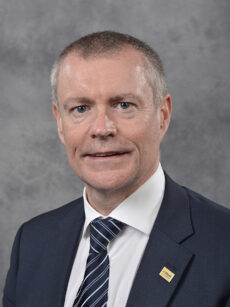 The oldest product of its kind on the market – regis­tered in 1983 – is a yeast culture targeted at improving produc­tivity in beef and dairy cattle. Based on Saccha­romyces cere­visiae strain 1026, the yeast culture known as Yea-Sacc influ­ences perfor­mance by reducing pH fluc­tu­a­tions in the rumen, which promotes diges­tion and nutrient util­i­sa­tion, increasing feed intakes.

With over 35 years of research behind it, it has proven to sustain higher milk produc­tion, main­tain cow condi­tion in higher producers, enhance diges­tion, boost protein supply and increase nitrogen uptake. It can be fed in a number of forms to both dairy and beef animals.

Yea-Sacc is exclu­sive to Alltech and was vali­dated by the Carbon Trust in 2019, based on Alltech’s increased perfor­mance studies with it which resulted in a reduc­tion of cattle methane and nitrogen excre­tion rates by around 6%. Though Yea-Sacc is inher­ently about improving produc­tion, with the reduced methane emis­sions a secondary effect, any product should have a posi­tive impact on the cow and not just be about inhibiting methane produc­tion, says Matthew Smith, vice pres­i­dent at Alltech. “Producers have to weigh the extra cost of including prod­ucts in the diet; it has to do some­thing for them.” There must also be no nega­tive impacts on the animals, he adds. “The scien­tific commu­nity are doing a great job at ensuring this.”

There’s an awful lot we can do through incre­mental improve­ments. Tech­nology is no silver bullet but it gives us the pathway to taking small steps.

A natural supple­ment composed of garlic compounds and citrus derived flavonoids also claims to reduce emitted methane in labo­ra­tory exper­i­ments by up to 38%, but this can vary depen­dent on breed, age, farm condi­tions and rations.

So how does this supple­ment work? By inhibiting activity of the archaea microbes in the rumen, which are respon­sible for methane produc­tion, it reduces emis­sions without adversely impacting the bacteria which digest feed.

The supple­ment, known as Mootral, has been tested in a study by the Univer­sity of Veteri­nary Medi­cine, Hannover, using a rumen simu­la­tion tech­nique, and on two UK farms running Holstein-Friesians and Jerseys. The simu­la­tion showed almost complete inhi­bi­tion of methane produc­tion, whereas the farm settings showed an average 30% reduc­tion in emis­sions, a 3-5% increase in yield and no nega­tive impacts on animal health or milk quality. In 2021, Mootral estab­lished a carbon credit scheme which aims to supply farmers with the supple­ment for free through credit purchases. 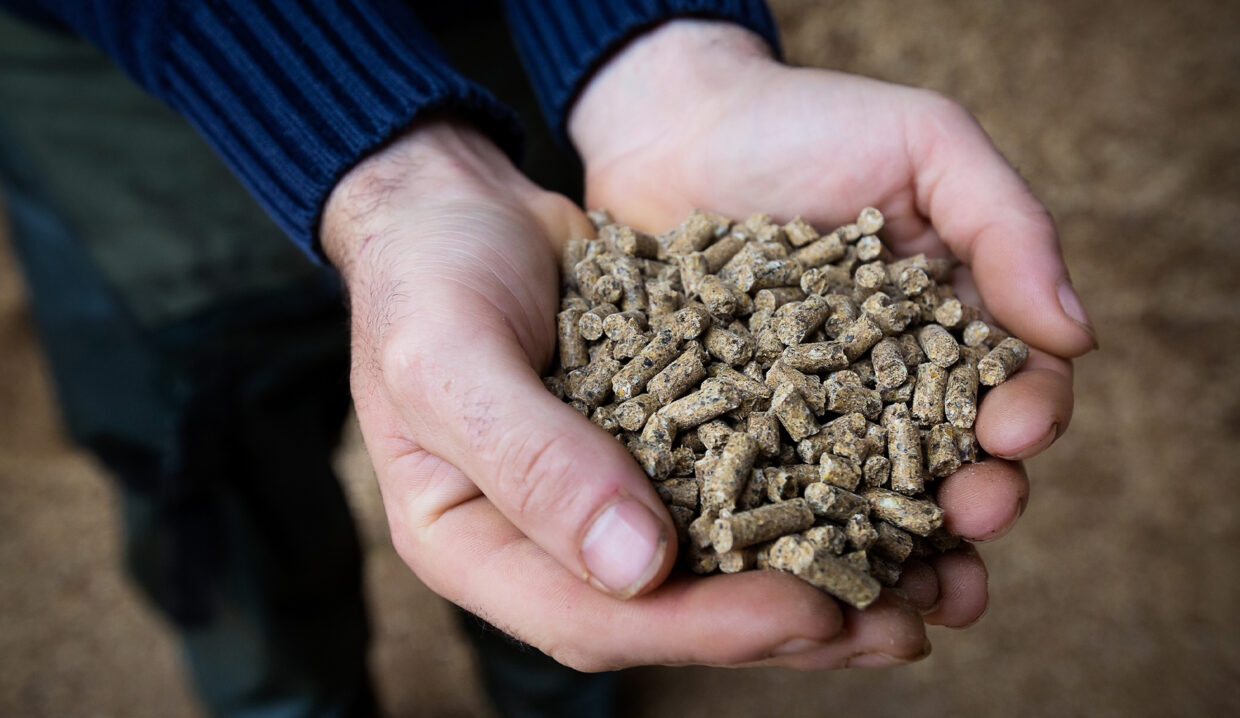 Mootral pellets can be added to cow diets.

Another product devel­oped from plant extracts was orig­i­nally aimed at improving cows’ diges­tion to increase milk produc­tion. “The reduc­tion in the amount of methane produced is a side effect,” says Kurt Schaller, co-founder and director of Agolin. It’s esti­mated to limit methane emis­sions by 0.5m³ per animal per day and to provide cows with a 4% better energy yield from their feed.

One gram of the addi­tive in the daily feed ration can reduce a cow’s methane produc­tion by 10-20%, based on a number of trial results, and the company has had such uptake in Scan­di­navia that half of all cows in Norway are now fed Agolin.

The reduc­tion in the amount of methane produced is a side effect.

Vali­dated by the Carbon Trust in 2018, Agolin is certi­fied to reduce methane emis­sions from rumi­nants. “Honesty is a value that we hold very dear; we don’t make any claims that can’t be quan­ti­fied and proven scien­tif­i­cally,” concludes Mr Schaller.

Other prod­ucts based on seaweed are still very much in the research and devel­op­ment stage, but have shown promising results. Asparagopsis taxi­formis is a red seaweed which is claimed to reduce methane emis­sions from cattle by over 80% when fed in small quan­ti­ties.  A study into the seaweed, published in the Journal of Cleaner Produc­tion in June 2020, found that feeding it to cattle had no nega­tive effects on daily feed intake, conver­sion effi­cien­cies, rumen func­tion and meat quality, and instead improved weight gain.

However, a sepa­rate study by Wageningen Univer­sity has iden­ti­fied that the bromo­form in the seaweed is excreted in milk, suggesting it might not be a viable option for use in dairy cattle. 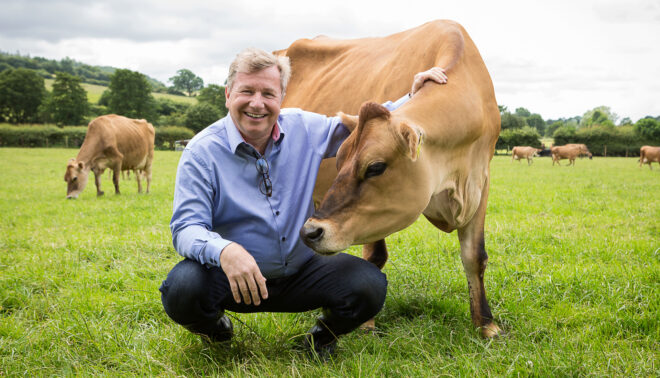 Thomas Hafner, CEO of Mootral, hopes to provide the supple­ment free to farmers through carbon credits.

So how does the seaweed work? In the normal diges­tion process, feed is fermented by hydrogen (H2) and carbon dioxide (CO2) combining in the stomach to create methane (CH4), which the cow expels through burping. But when fed the seaweed the H2 is blocked from the C, reducing the produc­tion of CH4. The seaweed is being researched and devel­oped into a commer­cial product by both Symbrosia and Blue Ocean Barns, which are producing at sites in Hawaii. Symbrosia’s trials have demon­strated that a 0.5% inclu­sion in a cow’s daily diet could result in an 80% reduc­tion in methane. The issue with the seaweed is that harvesting it natu­rally would have huge nega­tive ecolog­ical effects, so it needs to be farmed through aqua­cul­ture within an entirely new system.

So will inno­va­tion enable farmers to over­come the methane chal­lenge? “I do think science will find ways,” says Mr Smith at Alltech. “There’s an awful lot we can do through incre­mental improve­ments. Tech­nology is no silver bullet but it gives us the pathway to taking small steps.”