Controlled Traffic Farming is a win!

Farmers are constantly looking for new tech­nolo­gies and approaches to reduce produc­tion costs, increase yields and promote soil fertility. According to soil scien­tists, we have lost 0.1% of humus in the past decade, mainly due to inten­sive and some­times improper use of agri­cul­tural land. 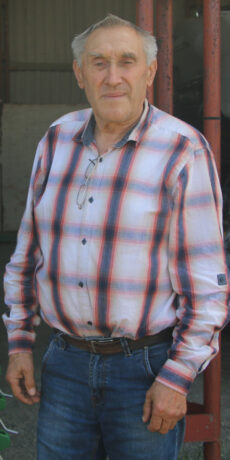 Wassili Pensai knows: A farm that does not adopt the best avail­able prac­tices will not prop­erly func­tion.

Looking for new ideas, Kees Chud­incha, head of the agri­cul­tural enter­prise ”Kischtschenzi” in the Cherkassy region, together with his colleagues, has visited numerous farms in different coun­tries. In the Czech Republic, he learned about using tram­lines for controlled traffic farming and decided to intro­duce this tech­nology to his busi­ness. ”At that time nobody in Ukraine had heard about using this method here,” recalls the farm manager, Wassili Pensai.

The method reduces soil compaction. The harmful effect of machinery wheel­ings can go a full meter deep into the soil, and up to a meter in width, explains Mr Pensai. Such compaction stays over the season and gets worse year after year, causing soil erosion and the loss of humus, the organic carbon in the soil.

All machines on the farm are equipped with a GPS system which allows them to move along the same tram­line season after season and pass after pass. In addi­tion, the use of wider, low-pres­sure tyres, reduces ground damage during field­work.

However, controlled traffic farming has, like every­thing else, advan­tages and disad­van­tages. ”Our main tram­lines are 36m apart, but we also use seed drills and culti­va­tors with a working width of only 12 meters,” explains Mr Pensai. ”Besides the main tram­line we have addi­tional tracks, which have been compacted over the years, but less so. We are seeing small surface subsi­dence damage and are thinking about loos­ening the soil in these areas.”

Controlled Traffic Farming has been prac­ticed for four years. In the mean­time, the 'eternal' tram­lines prac­ti­cally have trans­formed into an ordi­nary road that can used without any prob­lems even after it rains. 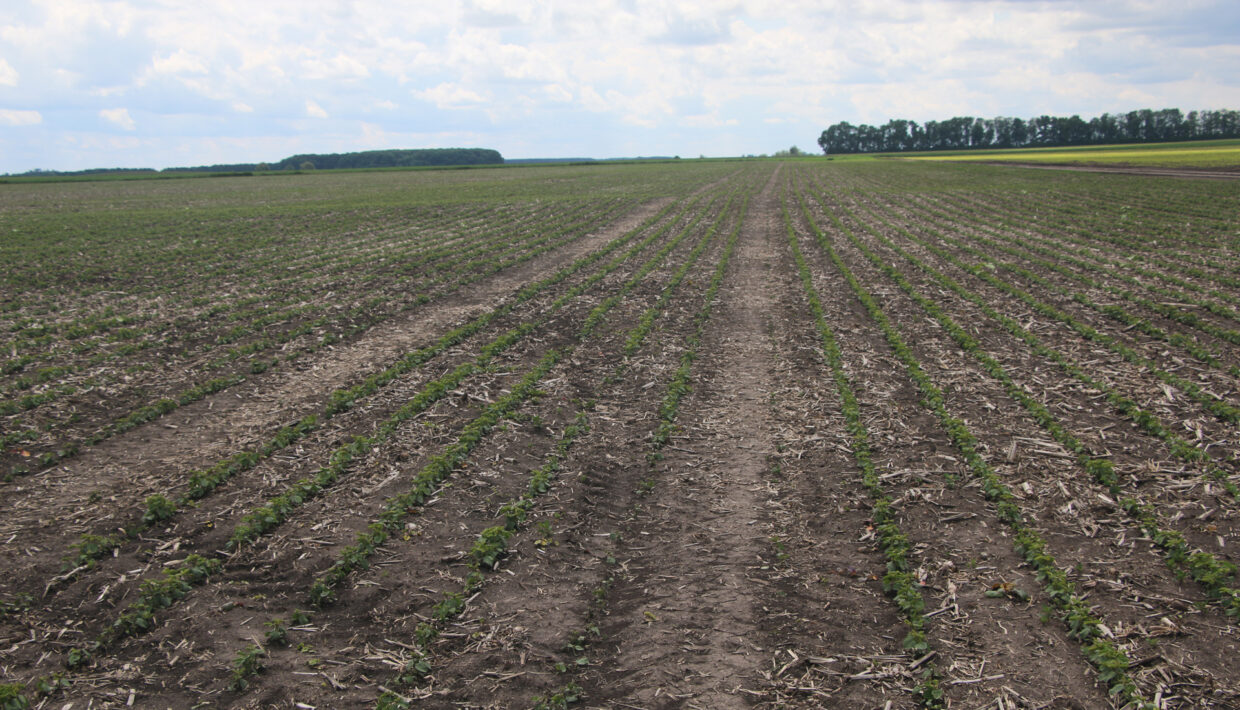 In field area where machines do not pass gradual but steady improve­ment of the soil quality can be observed. 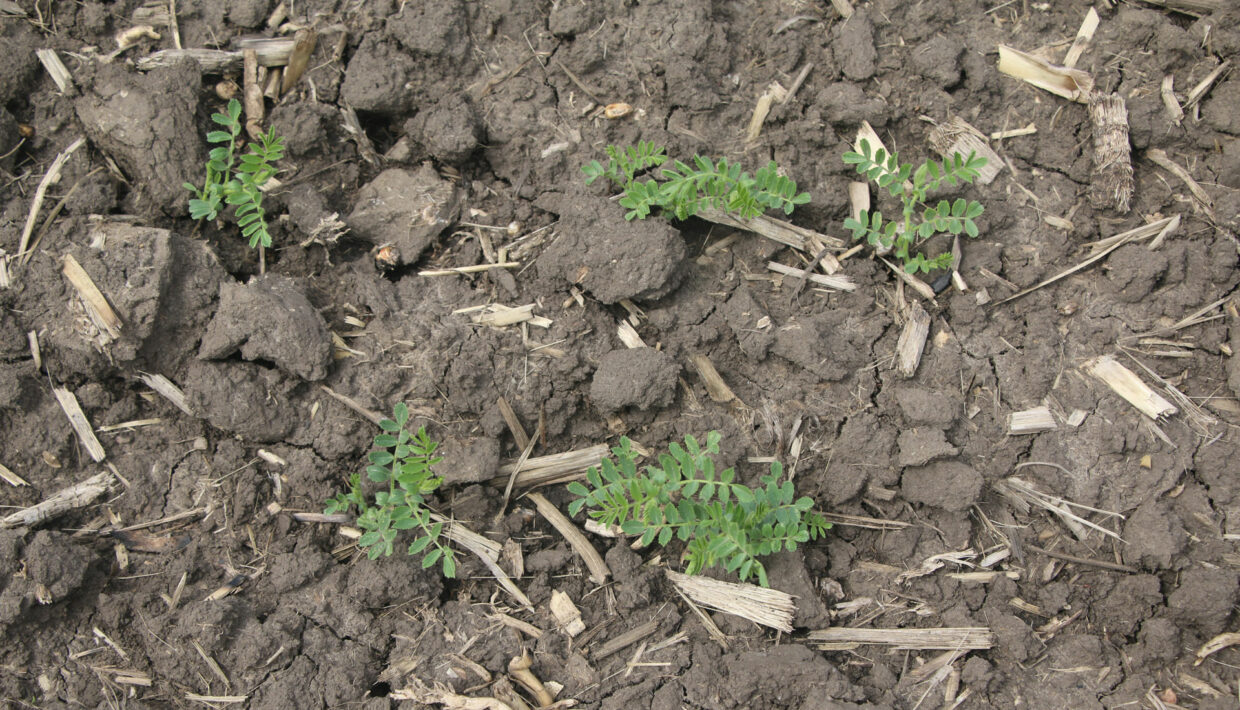 Chick­peas are a novelty for the centre of Ukraine. Liter­a­ture indi­cates that up to 2.5t/ha can be harvested. However, the produc­tion system used at ''Kischtschenzi'' allows a yield of 4t/ha.

It’s also not only about equip­ping machines with GPS tech­nology: The wheel­base is impor­tant as well. A wider wheel­base means less pres­sure to the ground. ”Right at the start, we opted for a 3m distance between the wheels. This is exactly the width of our tram­lines,” explains the head farmer.

In un-traf­ficked field areas the soil quality is but steadily improving. ”Soil compaction in these areas will soon disap­pear as it is hardly impacted any more. Soil fertility is increasing,” explains Mr Pensai. “Another inter­esting obser­va­tion: The less the soil is touched, the faster its microflora recovers.”

The farm is now conducting soil analyses on an annual basis, with the samples analysed by a labo­ra­tory in Germany. Addi­tional para­me­ters are observed as well: More even water distri­b­u­tion through the soil profile, better soil struc­ture, improved germi­na­tion and, most impor­tantly, more stable crop yields.

These results confirm that we are on the right track: The quality of our black earth is constantly improving.

”These results confirm that we are on the right track: The quality of our black earth is constantly improving,” says Mr Pensai. ”After four years of controlled traffic farming, yields start to increase grad­u­ally, while tillage costs are down by about 15-20%.”

A link in the chain

Controlled traffic farming at ”Kischtschenzi“ farm is just one link in bigger over­ar­ching chain: Ploughs have not been used for a very long time. ”In the past we simply did not have the money for ploughing,” admits Mr Pensai. ”But more recently we consciously decided to try farming without ploughing. Some things worked, some didn’t. With this atti­tude, we inevitably ended up with reduced tillage, which we are still prac­ticing today.”

If one compares tradi­tional cultivation methods with reduced tillage and direct seeding, it turns out that yields are higher and produc­tion costs signif­i­cantly lower with the latter, he says. In addi­tion, the farmer leaves harvest residues on the field so that they decom­pose. This increases fertility and prevents the soil drying out. 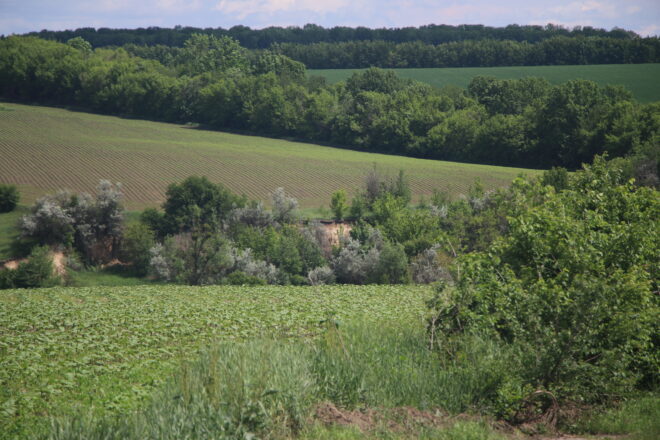 The land­scape around the farm looks different today.

”With today’s climate you don’t know what to expect,” complains Mr Pensai. ”But we can be pretty sure that there will be less humidity and higher temper­a­tures at the same time. There­fore, main­taining the soil mois­ture is one of our main tasks.” Appli­ca­tion of organic fertilisers increases soil fertility and water reten­tion capacity as well. However, this option is only avail­able to live­stock farms. ”’Last year we decided to grow green manures so that the soil is covered all the time,” explains Mr Pensai. “We not only increased the biomass, but also the amount of water stored in the soil.”

In total ”Kischtschenzi” has more than 15,000ha and the same picture can be observed every­where: Mulch, reduced tillage and ‘eternal’ tram­lines. Even if the neigh­bours were scep­tical in the begin­ning, the land­scape looks different today. Other farms in the surrounding area started exper­i­menting with elements of gentle farming and now those farmers are paying more atten­tion to the preser­va­tion of their soils.

“Controlled traffic farming requires reduced tillage and no ploughing: You have to accept this before you start. The fields no longer look black, they are covered with plants all year round. Some say that we are lazy farmers and do not want to culti­vate our fields prop­erly. But our results confirm that we are on the right track: The quality of our black earth is contin­u­ously improving.”