Farming for the Prince of Wales

Being inter­viewed for a job by the Prince of Wales would set anyone’s nerves on edge – so when he asked David Wilson whether he would be prepared to try some biolog­i­cally sustain­able farming, Mr Wilson did what anyone else would do – say yes and find out what it is later.

Some 24 years later it is safe to say he has grasped the concept and run with it. The High­grove estate is renowned for its envi­ron­men­tally friendly prac­tices, but it’s also very much a commer­cial enter­prise, with Mr Wilson at the helm under the watchful eye of the Prince of Wales.

Prince Charles has always had a keen interest in farming, explains Mr Wilson. “He purchased High­grove in 1981, settled there and had a family; it became very much his own. He always had a passion for agri­cul­ture and rural issues – he wanted to farm in his own right.”

Broad­field, where Mr Wilson now lives, was purchased and set up in 1985. “In the early days there was quite a lot of nega­tivity around His Royal High­ness trying a new system of farming but he said: ‘If the Duchy of Corn­wall can’t afford to try it then who can?’ He was deter­mined to do it. For me, coming from a conven­tional farming back­ground, it was a bit of an eye opener.” 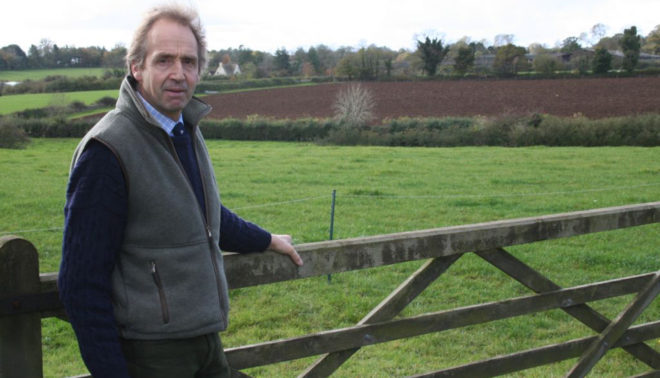 The biolog­i­cally sustain­able farming system started on a little block of long-term arable land, on which Mr Wilson planted some red clover and grass. “It grew much better than we expected. As the years rolled on and our confi­dence grew, we ploughed some of these leys out and planted some crops – we’ve learnt as we’ve gone along. We certainly now have a system which will produce food – maybe not as much as possible so it’s far from perfect, but it’s a poten­tial model of sustain­ability.” And sustain­ability has to be the goal, he says. “It’s some­thing that wasn’t discussed in the industry 30 years ago, we now realise it is the common goal we have to aspire to.”

Sustain­ability is some­thing that wasn’t discussed in the industry 30 years ago, we now realise it is the common goal we have to aspire to.

The farm is owned by the Duchy of Corn­wall and farmed by the Prince of Wales, who, like any tenant, pays a rent to this land­lord – which also happens to fall under his own title, says Mr Wilson. “It’s a bit unique but the two busi­nesses are totally sepa­rate – it means we are farming in a real­istic situ­a­tion.”

The busi­ness runs two rota­tions, one of five years and one of seven years. “For the longer one we have three years of clover grass, then winter wheat, spring oats, either malting barley or spring beans, then rye at the end.” 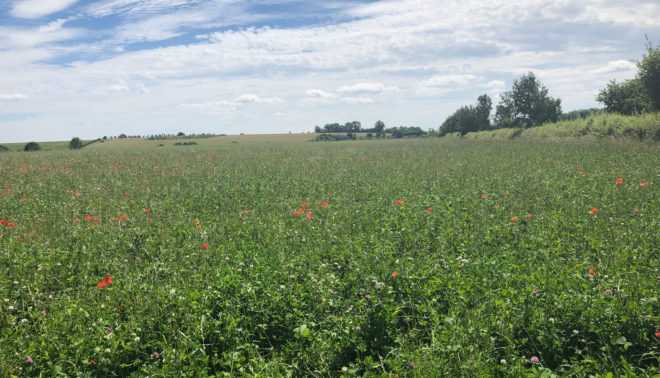 The farm has 120ha of perma­nent grass­land, part of which is pasture for cattle for summer use. (Photo | Ruth Wills)

Mr Wilson has recog­nised a decline in wheat consump­tion in the UK, along­side an increase in demand for coarse grains like rye and oats because of their recog­nised health bene­fits, and he has there­fore adapted crops accord­ingly. “We’re now growing spelt, which genet­i­cally is a very old type of wheat. All of the crops have their markets before we’ve actu­ally planted them.”

There is also a small-scale vegetable oper­a­tion, which is inte­grated with 1,000 apple trees, of 1,000 different vari­eties as both an agro­forestry project as well as an impor­tant gene pool.

In addi­tion, the farm has 120ha of perma­nent pasture, much of which is park­land around the house at High­grove, with a few fields dotted around for live­stock grazing over the summer – impor­tant for carbon seques­tra­tion, says Mr Wilson. “We do see perma­nent pasture as a valu­able resource, and the diver­sity of species is very impor­tant for animal health.”

In our crop rota­tions we try to plant more diverse mixtures to cope with the more extreme condi­tions.

He plans the grass mixtures so each part has a specific purpose. “In our rota­tions we are trying to plant more diverse mixtures, not just to feed the animals but also to cope with the more extreme condi­tions which farmers are starting to feel more acutely. We have summers now that can get too hot for good grass and cereal yields, and if it’s too wet exactly the same applies.”

As well as the arable oper­a­tion the farm produces milk, beef and lamb. “We sell our milk through the Organic Milk Suppliers’ Co-oper­a­tive (OMSCo) of which we were one of five founder members; a lot of it goes via Wait­rose as liquid milk under the Duchy brand,” says Mr Wilson. “We sell beef and lamb through the organic live­stock marketing co-op but increas­ingly through more specialist outlets as we’re trying to develop more direct sales. We sell some of our grain to Shipton Mill and the oats go to Morning Foods.” 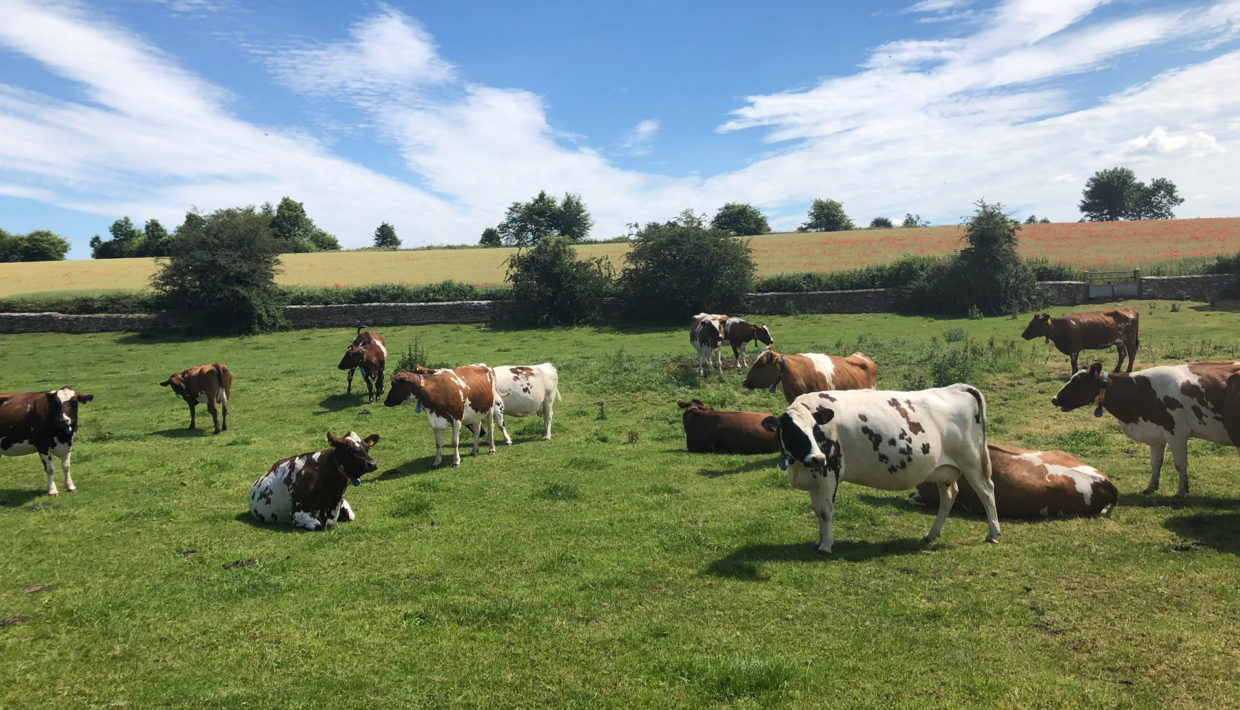 The farm doesn’t have any pigs at the moment, but it normally gets involved with whichever is the rarest pig at the time. “The Prince of Wales is a patron for the Rare Breeds Survival Trust (RBST) and is keen we support them.”

Genetic diver­sity is some­thing which is really impor­tant in the quest for sustain­ability, and is reflected in the diver­sity of the farm. “We’ve lost 90% of our food genetics in 100 years and we are still losing plant DNA, and animal breeding is increas­ingly controlled.”

There are 100 head of Aberdeen Angus, Gloucester and British White beef cattle on the farm. “We think we can produce wonderful quality beef from grass­land and forage – all our beef is non-cereal fed.”

The dairy herd consists of 200 Ayrshires and a few Short­horns. “When we first came here His Royal High­ness said he didn’t want another black and white herd so we went for Ayrshires, and I think they have done us well on a low input system,” says Mr Wilson. “In amongst the herd there are eight orig­inal popu­la­tion dairy Short­horns – they were part of a herd from a lovely old Cornish farmer who just got too ill to look after them. The RBST wanted someone to look after them, and went to the Patron (Prince Charles). 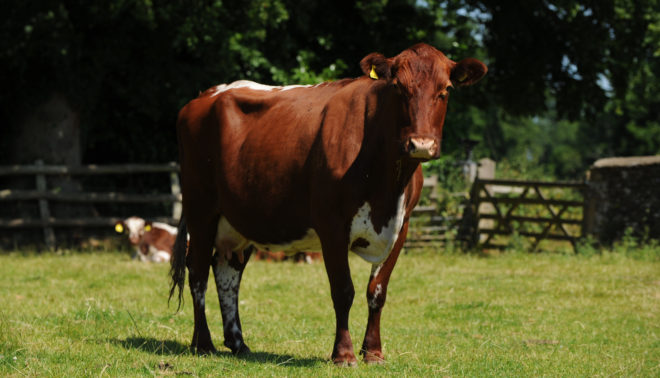 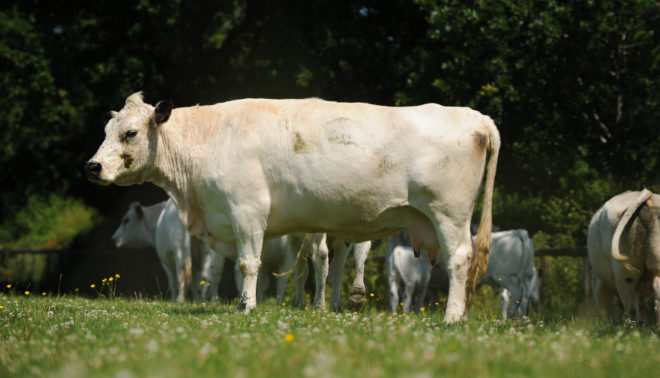 “We bought them and it gave the dear old boy some money to help him in the last year or two of his life – they had been his life’s work. We’re breeding them pure to a dairy Short­horn bull that was recom­mended by the RBST,” he adds. “I’m inter­ested in them from the point of view of breeding for extremely low cost of milk produc­tion from forage.”

The sheep and beef are all produced without concen­trate feed, and Mr Wilson would like to get the dairy herd to do the same. “Last year produc­tion was around 5,500 litres because of the extremely dry weather, but normally we would be closer to 6,000 litres per year. We have also recently installed a milk vending machine for direct sales.”

Although the farm does use some antibi­otics from time to time, Mr Wilson wants to reduce them and use alter­na­tive methods. “We are allowed to use antibi­otics, but the focus is now on really reducing them; we don’t use dry cow therapy, we use home­opathy and herbal prepa­ra­tions and are now trying to breed for mastitis resis­tance.”

The busi­ness runs a flock of 350 ewes in a joint venture with a young farmer, and the sheep are a really impor­tant contri­bu­tion to the farm, given the cycle of soil fertility and health. “The Hebrideans were one of the first rare breeds we kept – they are now off the rare breed list, but we have kept them and we think perhaps post-Brexit we might have a marketing edge with them. Their meat is very different to normal sheep meat, it is very lean and the hogget meat is absolutely sublime. Plus, they’re incred­ibly easy to keep,” says Mr Wilson. 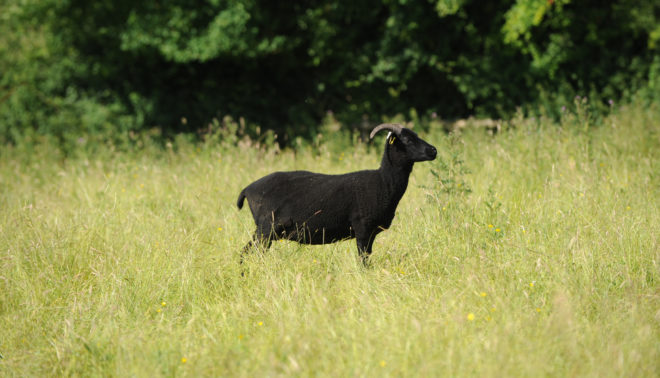 So what’s it like working for the Prince of Wales? “He’s a good man in every sense of the word – what people never talk about is that so much of his work is for other people. He wants the coun­try­side to thrive and be pros­perous, and he works with a lot of the inno­va­tion that can take us forward in the future. All the royals have a genuine under­standing and passion for the coun­try­side.”

A modern farm is no place for chil­dren, it’s often said. So how will they discover and under­stand the joys and chal­lenges of rural life? Peter Grimshaw met some farming cham­pions who are dedi­cated to inspiring the rising gener­a­tion.﻿