The Euro­pean Bee Award aims to protect polli­na­tors through tech­nical inno­va­tion and the imple­men­ta­tion of new agri­cul­tural prac­tices. The award is based on a joint initia­tive by John Deere and the Euro­pean Asso­ci­a­tion of Profes­sional Beekeepers. Gilles Dryan­cour, one of the founders of the award, shares his thoughts about the impor­tance of bees and show­cases some of the winning ideas.

On May 20, 2021, for the fourth consec­u­tive year, World Bee Day will be held. The purpose of this day is to recog­nise the essen­tial role played by polli­na­tors in the preser­va­tion of ecosys­tems. The contri­bu­tion of polli­na­tors to agri­cul­ture is consid­er­able. It is esti­mated that 75% of plants producing food­stuffs are polli­nated. 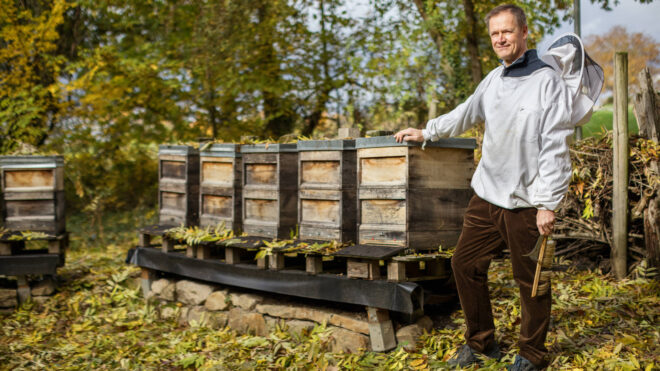 Gilles Dryan­cour and his beehives located in Malsch close to Wies­loch, Germany.

The birth of an idea

At the end of 2013, I got in touch with the Euro­pean Asso­ci­a­tion of Profes­sional Beekeepers and its Pres­i­dent, Walter Haefeker, to explore possible co-oper­a­tion between our industry and the world of beekeeping.

The award aims to protect polli­na­tors through tech­nical inno­va­tion and the imple­men­ta­tion of new agri­cul­tural prac­tices. In recent years, the Euro­pean Bee Award has rewarded a wide variety of projects. One example is the prize awarded in 2016 to the double knife system with auto­matic sharp­ener. This mower cuts grass in meadows, while repelling polli­na­tors which would other­wise be crushed by the blades.

In 2018, a project called “Sem’Obord” – an inno­v­a­tive seeder – was awarded. Field edges can host a wide variety of floral and animal species. However, in many cases they have dete­ri­o­rated. Conven­tional seeding equip­ment is not suit­able due to the inac­ces­si­bility of these linear semi-natural habi­tats and their small size. Sem’Obord is a narrow seeder installed on the arm of a flail mower, which gives it the ability to seed different types of habi­tats, like field edges and road­sides. This seeder better preserves polli­na­tors by providing them with improved food resources and over­win­tering sites.

Since 2017, the jury has seen an increase in inno­v­a­tive projects based on digital tech­nolo­gies.

Since 2017, the jury has seen an increase in inno­v­a­tive projects based on digital tech­nolo­gies. A Special Mention was given in 2018 to “Bees­can­ning,” an online Tagger tool which helps beekeepers around the world to save their bees using an arti­fi­cial intel­li­gence-based app on their smart­phones. Bees­can­ning analyses images of bees infected with the para­sitic varroa mite, which kills hundreds of thou­sands of colonies each year.

More recently, in 2020, the Univer­sità degli Studi di Torino was awarded for its devel­op­ment of a radar which spots nests of Asian hornets, another major predator of honey­bees. Detec­tion is a prereq­ui­site for the selec­tive destruc­tion of their nests in order to spare the Euro­pean species of hornets, which must also be protected.

About the Euro­pean Bee Award 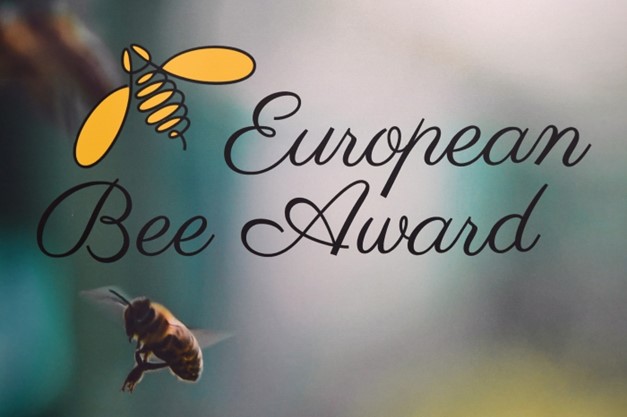 The Euro­pean Bee Award is organ­ised by the Euro­pean Landowners’ Organ­i­sa­tion (ELO), which is well known in Brus­sels for its numerous actions in favor of envi­ron­mental protec­tion. Each year three projects are selected by a jury including a repre­sen­ta­tive of the Euro­pean Parlia­ment, the Euro­pean Commis­sion and ELO. The winners of the two main cate­gories each receive €4,500, while a diploma of honor is awarded to the winner of the Special Mention.

Walter Haefeker and Gilles Dryan­cour are also members of the jury, chaired by Professor Dr Michael Garratt, from the Univer­sity of Reading. Prof Garratt is a renowned specialist in the ecology of inver­te­brates and the impact of agri­cul­tural prac­tices on polli­na­tion. 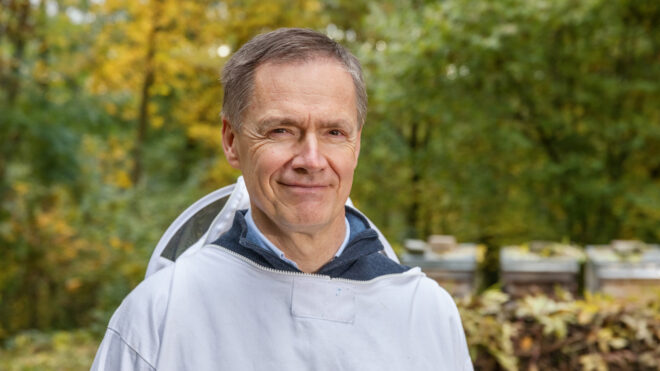 For nearly 20 years Gilles Dryan­cour has been John Deere’s director of govern­ment affairs in Region 2, and making connec­tions is crit­ical to his and the company’s success in Europe. For this contri­bu­tion he was recog­nised as a John Deere Fellow. In 2015 he and his wife Virginie attended a beekeeping course at the Heidel­berg beekeepers’ training centre and became hobby-beekeepers managing five beehives.

His choice was first dictated by being a jury member for the Euro­pean Bee Award, for which he felt it was neces­sary to acquire a solid foun­da­tion in beekeeping. He was then inspired by his fasci­na­tion with the world of bees, which is deeply linked to the nature’s cycles, just like John Deere is.

Agri­cul­tural contractor AIS Schier has been focusing on core fertiliser and lime appli­ca­tions for many years. General manager Holger Schier describes how they even out the pH value of a field and why this approach is a good starting point for preci­sion agri­cul­ture.﻿

Some plants absorb the metal in impres­sive quan­ti­ties. In certain cases, this phytoex­trac­tion can be put to good use.﻿