Inter­view: The laser is coming

Ms Woll­weber, you lead the Food + Farming group at Laser Zentrum Hannover (LZH). What is your team working on?

We are working on various concepts with lasers and optical appli­ances in the agri­cul­ture and food produc­tion sector. One of these concepts is to use a laser against any plant we might define as a weed. 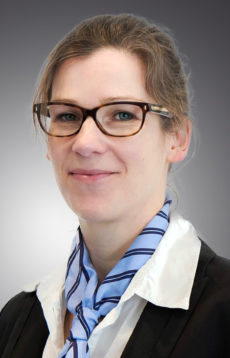 How exactly does it work?

The image recog­ni­tion tech­nology we use can inden­tify different plants. It can differ­en­tiate between a culti­vated crop and other plants which can harm the crop’s growth and reduce harvest yield. If a weed is detected, a laser beam of 5 mm diam­eter is acti­vated, which for a tenth of a second focusses at the plant’s growth centre. The cells die off and the plant dries out.

How far along are you in the devel­op­ment process?

The idea has been around for a few decades. It was just the tech­nology that needed to be devel­oped further: The arti­fi­cial intel­li­gence of the camera and the compact laser. We use a laser system with an optical output of 100 watts, which until now we have used to treat single rows. To be able to treat several rows at a time, we want to work with laser manu­fac­turers to develop more powerful systems.

We ask ourselves what kind of treat­ment makes the most sense, whether we should just concen­trate on the area around the crop or also on the area between rows. Depending on the distance between the plants, one solu­tion may be to supple­ment the treat­ment with other methods, for example with hoes. We may be able to combine various processes here. We expect the tech­nology to be ready for use in two to three years.

What are the advan­tages?

With the help of the laser we are able get very close to the crop, even with sensi­tive crops. We are also able to treat every plant indi­vid­u­ally. These latest devel­op­ments open an entire new world of possi­bil­i­ties because there is an increasing aware­ness of sustain­ability in agri­cul­ture. If we treat a weed with less energy, we inhibit growth until the plant sprouts again. This means weeds are no longer competing with crops and we can do more in terms of biodi­ver­sity. If I want a certain weed to not seed, the solu­tion may be to simply stunt its growth, rather than destroy it. 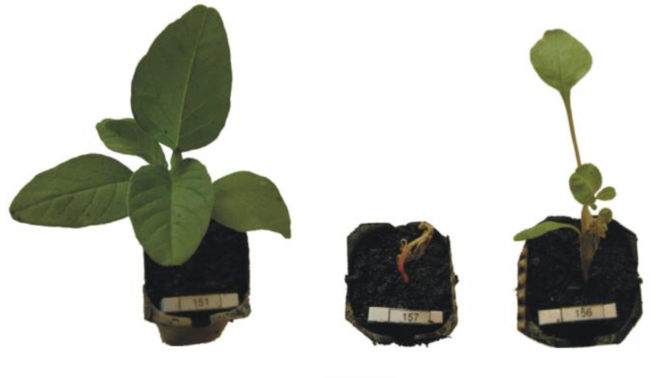 In compar­ison: If the plant is allowed to grow, after 14 days it looks like the first plant in this row. The pictures on the right show its condi­tion at the same time after it has received a full or weaker laser dose.

Can the laser damage the soil?

Not at all. We only treat the plants; the laser energy is absorbed by their water. The earth compo­nents are heated to the same extent as they are by the sun.

When should you use the device in the field?

The growth stage plays an impor­tant role. In very small plants, detec­tion is a chal­lenge. The more leaves we can see, the easier the iden­ti­fi­ca­tion. But the weed should not become too large: Up to the four-leaf stage we can carry out the treat­ment very effec­tively, but when plants are larger, we need even more energy because they are getting more robust. There­fore, progress across the field is signif­i­cantly slower. This, in turn, means that the process is less econom­ical. 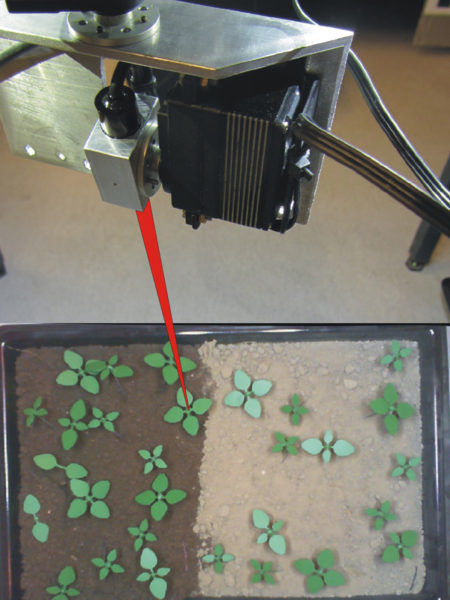 Exact posi­tioning of the laser beam (high­lighted in red for better repre­sen­ta­tion) on weed model plants in the labo­ra­tory test stand.

How will the laser move in the field

Natu­rally, you would think of the laser being pulled behind a tractor in classic fashion. But with robots, the laser would be able to move across fields inde­pen­dently. We are also consid­ering combining the tech­nology with a drone: With the data we can specify the distri­b­u­tion of weeds and use an intel­li­gent treat­ment strategy to deter­mine when and where treat­ment is needed.

How does the laser compare to chem­ical methods?

A multi­tude of factors such as the initial costs or the energy and working time need to be consid­ered. Currently, the initial costs are still very spec­u­la­tive. What we do know, is that there is hardly any wear and tear and no consum­ables other than energy. In terms of energy input, if we include the produc­tion of the chem­ical agents, we work on a similar scale. Working time is, of course, influ­enced by the speeds of 2-4km/h and whether treating only one row versus multiple rows at the same time. In the future, however, we want to be able to treat up to four rows simul­ta­ne­ously. The prereq­ui­site for this is, of course, that the laser can do this. We are still in the devel­op­ment phase. As soon as autonomy makes its way into the field, working time will no longer be such a big issue, as the device will be ready for use around the clock, no matter the weather.

What’s up next in the project?

Tech­no­log­i­cally, we now have every­thing we need to success­fully start field testing. More specif­i­cally, in vegetable and grain produc­tion, which we intend to look at 2020. Now, it is above all about recog­nising the require­ments of producers and gath­ering their expe­ri­ences in order to create good, compet­i­tive prod­ucts in the future.

Lavender and einkorn wheat are a dream team. This pairing makes the farmers of Provence happy, as well as their customers all over the world.﻿

In southern Mexico, researchers have discov­ered giant maize with aston­ishing prop­er­ties. Other vari­eties can benefit from this.﻿