A tech­no­log­ical revo­lu­tion is changing the face of modern dairy farming in the form of a bolus that can detect temper­a­ture, activity and pH, sending early alerts of heats, calv­ings and illness to the producer.

The days when cow condi­tions had to be diag­nosed through visual signs are over, meaning farmers can hone-in on effi­cien­cies, detect changes faster and improve perfor­mance all round. One farm manager in Wilt­shire has been doing this for just over two years using a temper­a­ture and activity bolus.

Arriving at Neston Home Farm, the first thing that comes into view is a large English country house, but just behind this grandeur is a modern organic Jersey herd, which supplies the likes of Harrods, Fortnum and Mason and by royal appoint­ment, through Ivy House Dairy.

Running the 300-head oper­a­tion near Melk­sham, Paul Redmore has been working on the estate for the past five years. In that time he has made a number of changes, from installing a new parlour to intro­ducing Smaxtec boluses to the herd – some­thing which has improved effi­cien­cies no end.

“The system works using a rumen bolus that sits in the retic­ulum, and is admin­is­tered much like a medi­c­inal bolus,” explains Helen Hollingsworth, agritech specialist at supplier Mole Valley Farmers. “This constantly moni­tors temper­a­ture and activity and sends alerts to the farmer’s phone if there is any change in normal activity or temper­a­ture; giving a really good heads-up for illness, heat and whether the cow is drinking enough water.” 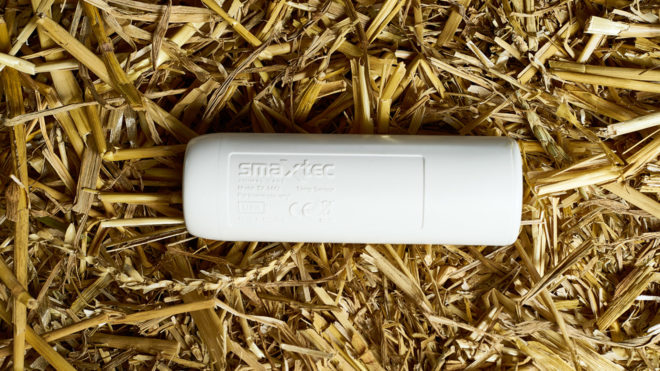 About four years ago, Mr Redmore was looking to invest in heat detec­tion tech­nology, but was unwilling to use collars as he felt they would spoil the aesthetics of the cows and the estate. He came across Smaxtec and trialled it in 50 cows, but was so impressed that six months later he expanded it to the entire herd. “It was oppor­tune that it came to the market at a time when I was looking for some­thing – and being inside the cow, it is safe and cannot fall off or be ripped out.” 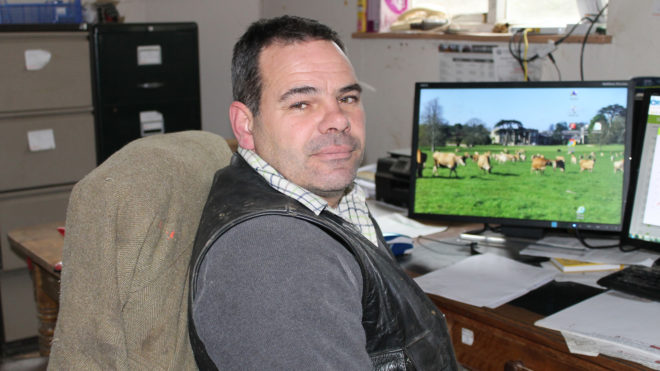 Using the boluses has helped Paul Redmore diag­nose issues up to 24 hours earlier than before, reducing his antibi­otic usage. (Photo: Olivia Cooper)

In the past year, Mr Redmore has seen the calving-to-concep­tion rate fall from 95 to 72 days through better iden­ti­fi­ca­tion of bulling cows. “The fertility side is very good: It’s certainly made an impres­sion on us,” he says. “But what really lights our candle is the health side and the temper­a­ture moni­toring and activity.” Using the boluses in this way has helped Mr Redmore diag­nose issues up to 24 hours earlier than before, reducing his antibi­otic usage. “We have really honed-in on mastitis and utilise the extra diag­nosis time by doing our own mastitis typing on farm,” he explains.

“It gives us confi­dence to know the cow has picked up mastitis – even if there are no visual signs – and we will go in with a non-steroidal anti-inflam­ma­tory and pepper­mint oil on the udder. Then after we’ve typed the bacteria we can make a deci­sion on what treat­ment protocol to follow – so antibi­otics are more targeted.” He can also tell from the mastitis typing that 85% of cows will have gram-nega­tive infec­tions, which will self-cure – further reducing the need for antibi­otics.

Another way Mr Redmore uses the tech­nology is for selec­tive dry cow therapy as the temper­a­ture reading indi­cates the onset of toxic mastitis. “We use teat sealant on about 75% of the herd without the need of antibi­otics, and antibi­otics on the other 25%,” he explains. “The risk there is that if you seal a mastitis bug in, she will get toxic mastitis, so we keep our dry cows within range of the Smaxtec reader – via a receiver in the field or shed – for three or four days after drying off.”

“In the past two to three years, we have picked up two or three cows that were going down with toxic mastitis, which has saved their lives.” The bolus also picks up on milk fever, flag­ging up lower temper­a­ture and activity. “It’s a great aid, so we can tell remotely what’s going on with that cow.” 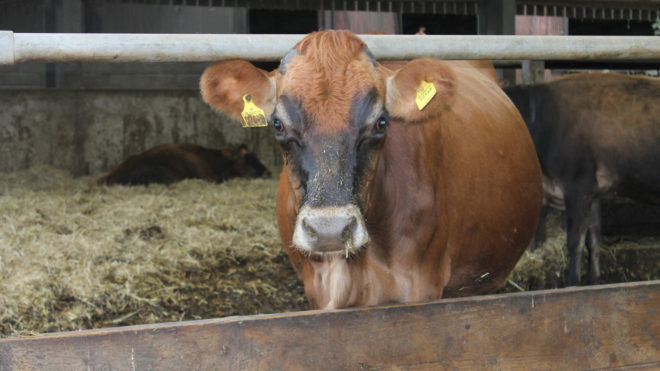 On Neston farm the bolus tech­nology is used for selec­tive dry cow therapy as the temper­a­ture reading indi­cates the onset of toxic mastitis. (Photo: Olivia Cooper)

Another benefit for Mr Redmore is the calving alerts. He receives alerts that a cow’s body temper­a­ture has dropped on average 18 hours before she will calve. “This allows us to focus our atten­tion on cows that are immi­nent. It’s about 95% accu­rate and means if she hasn’t calved within 24 hours, we will examine her to make sure every­thing is okay.”

But it’s not just the cows which benefit from the tech­nology: Mr Redmore has installed temper­a­ture and humidity sensors in his calf sheds, with great success. “Pneu­monia has been a big issue in the past four years but this winter we got on top of it. We will notice a peak in humidity, followed 10 days later by a bout of pneu­monia, so this fore­warns us of a risk period. We are then more obser­vant and react much quicker to any signs.”

So how afford­able is the system? Mr Redmore spends around £10/cow per year on it, and through reduced calving inter­vals alone it has gained the busi­ness £18,000 in the past 12 months – based on each cow earning £3 a day in milk for an extra 20 days across the 300-cow herd. “That isn’t even taking into account the health side, where we have saved cows by picking up things like toxic mastitis,” he explains.

Mrs Hollingsworth suggests the average return on invest­ment period is around 12 months. “This depends on the farmer, but it is one of the most cost-effec­tive systems. The battery life of the bolus is about five years and further boluses can be put into the cow once the battery has depleted.”

I’ve always been a firm believer that we should be embracing tech­nology, but we still need to be on the ground to see what is going on.

In the future, Mr Redmore hopes to inte­grate Smaxtec with the DelPro data from his DeLaval parlour and use them together. “It is the way forward for me. You can cross-refer­ence milk data; like changes in milk yields or conduc­tivity, along with temper­a­ture and activity data from Smaxtec to focus on prob­lems and build up a better picture of indi­vidual cows.” He hopes that in time, he will be able to utilise more data to iden­tify different issues ahead of time. “I’ve always been a firm believer that we should be embracing tech­nology, but we still need to be on the ground to see what is going on. Inter­preting the data is as impor­tant as the data itself.”

Milk producers are under pres­sure from persis­tently low producer prices. At the same time, demand for more natural foods is rising. One solu­tion could be to focus more on grazing manage­ment. But just "opening the cowshed door and let the cows out" is not enough.﻿