Heliotropic sunflowers (which follow the sun’s move­ments) are resilient to scorching summer weather. And high yielding vari­eties which are rich in oleic acid are the prime mate­rial in healthy and sustain­able vegetable oils.

Sunflowers are resilient to the harsh summer heat of inland Spain. They have played an impor­tant part in crop diver­si­fi­ca­tion for farmers and act as an alter­na­tive in crop rota­tion in water scarce areas. However, the low prices that producers are paid have led to a decrease in the planted area. “Although this year has been good for yields, overall produc­tion is similar to the previous year since the acreage has reduced slightly,” asserts Pedro Gallardo, pres­i­dent of the Oilseeds Working Group at COPA-COGECA.

The chance to substi­tute palm oil for sunflower oil could boost the growth of this crop and the farming economy.

The Spanish sunflower harvest is usually around 700,000t per year. “The problem is competing with other Euro­pean coun­tries. We harvest on average a little more than 1t/ha, whereas our competi­tors get around two.” Mr Gallardo is above all a sunflower farmer who comes up with strate­gies so that he can make profits in the seed market. He has success­fully planted earlier in southern Spain in order to sell his produce before anyone else and achieve better prices. In general, the average price ranges between €320/t (£291) and €330/t (£300) for linoleic sunflowers and more than €460/t (£418) for high oleic vari­eties. 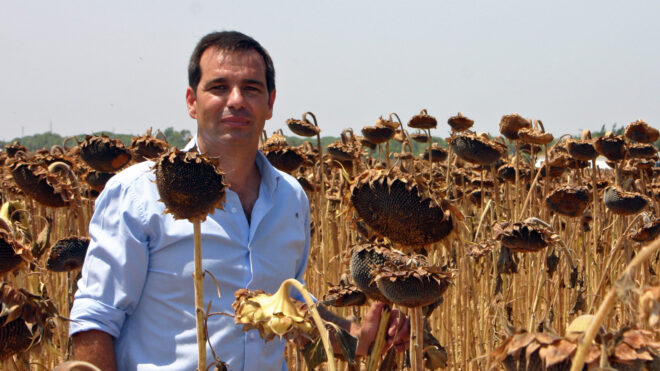 Pedro Gallardo has promoted early sunflower planting in the south of Spain.

Carlos Cifuentes is a distin­guished farmer in the Spanish ‘seed’ region. He has planted 60ha of sunflowers this season, covering 28% of his farm area. This acreage has reduced signif­i­cantly when compared to previous years, in favour of rape­seed.

“The sunflower extrac­tion industry prefers imported seeds which are cheaper, yet less homoge­nous in quality, to national ones,” states Mr Cifuentes, also vice pres­i­dent of the Young Farmers Asso­ci­a­tion of Cuenca (ASAJA). The fall in produc­tion at national level means the sunflower seed milling industry in Spain is far from self-suffi­cient. The nation needs 1.1-1.3m tonnes of seed for an extrac­tion industry which buys between 33 and 40% of national sunflower seeds. “Many of us are choosing to grow high oleic sunflowers which sell at higher prices to produce better quality oils,” says Mr Cifuentes. The yields are greater than in previous years; the goal is to reach 2t/ha and to achieve this, there are both scien­tific and tech­no­log­ical solu­tions. 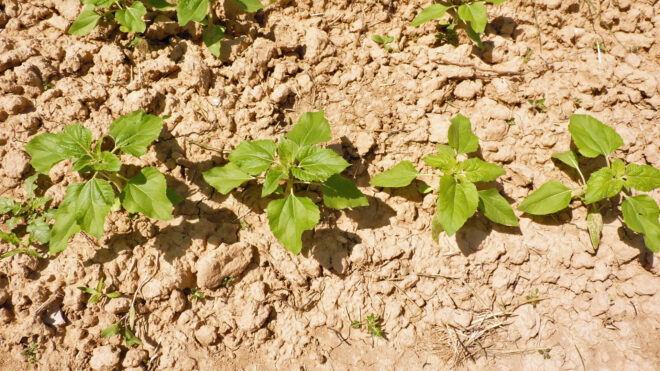 The crop can serve as a natural fire­wall in its advanced growth stage.

Despite the Amer­ican origins of sunflowers, farming of them is predom­i­nantly Euro­pean, with Russia and Ukraine at the fore­front of global produc­tion. Some 80% of the 20m ha of culti­vated sunflowers in the world are located on the Euro­pean conti­nent. “Due to its strategic loca­tion, Spain is home to the most impor­tant tech­no­log­ical research centre dedi­cated to sunflowers, located in La Rinconada (Seville), with 10,000m2 of green­houses as well as almost 1,500m2 of labo­ra­to­ries,” says Alfredo Mateos, head of research and oper­a­tions at Corteva Agri­Science.

“In line with the demands we have listened to from farmers, new hybrid strains are being devel­oped at accel­er­ated rates (four gener­a­tions per year), by embryo rescue. We want to combine high produc­tivity poten­tial with a wide adapt­ability which is often achieved through genetic resilience to pests and diseases like broom­rape and mildew,” states Mr Mateos. 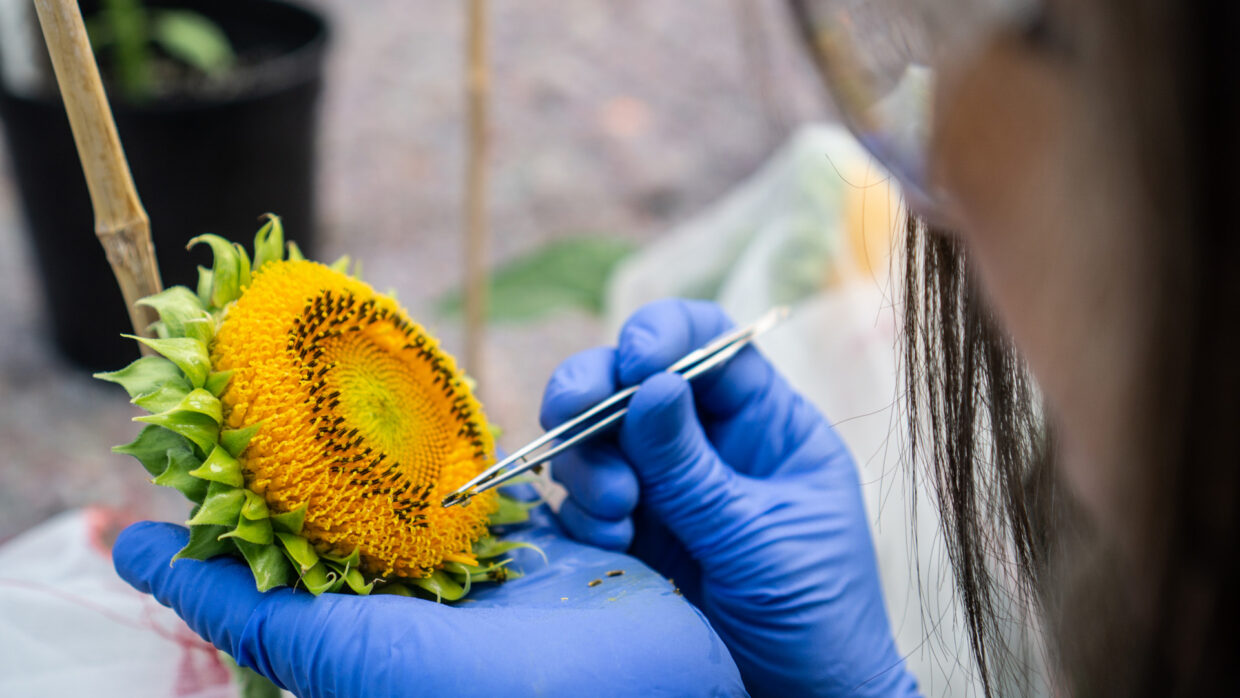 The tech­no­log­ical centre in La Rinconada, where genetics are devel­oped at an accel­er­ated rate to obtain new vari­eties.

Euro­pean legal restraints have grad­u­ally limited the use of farming tools, as demanded by the Alliance for Agri­cul­tural Sustain­ability, of which Pedro Gallardo is pres­i­dent. The ban on neon­i­coti­noids in sunflowers makes them more vulner­able to insect attacks when the seedlings begin to sprout.

Using seeds with high yield poten­tial and defen­sive char­ac­ter­is­tics increases their value, thus offering the industry high oleic vari­eties that produce higher quality oils. “The oils produced contain fatty acids similar to those in olive oil, with high oleic acid content,” says Mr Mateos. “These oils have the advan­tage of being more suit­able for indus­trial processes, such as frying, and are healthier for consump­tion.”

With the aid of digital agri­cul­ture, producers can better predict harvest time and make early deci­sions to increase crop yields. “Our increas­ingly frequent and clear satel­lite images allow us to analyse the growth of the sunflower from the moment it is planted, with the focus on its leaf mass index,” explains Mr Mateos. This means solu­tions to pests or water stress can be devised in advance. 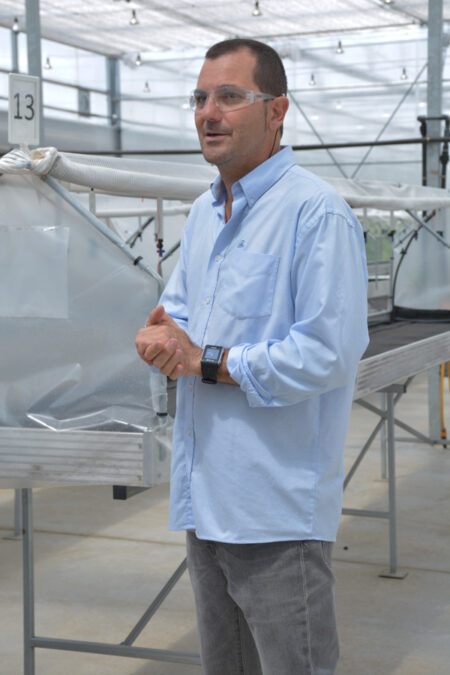 Euro­pean poli­cies will support biodi­ver­sity strate­gies, such as flower margins that surround mono­cul­ture sunflower fields. This is what the irri­gated fields in León look like. “Farmers and scien­tific bodies are actively working with us to plant them,” says Germán Canomanuel, Syngenta’s corpo­rate rela­tions manager in Spain, involved in the Polli­nator Oper­a­tion, with CSIC, ETSIAAB in Madrid and IMIDA. “The bene­fits include a signif­i­cant increase in the popu­la­tion of insects like bees and other polli­na­tors.”.

More than 500 species have been iden­ti­fied in the project’s margins. Hymenoptera (bees, wasps, ants) have increased by 170%, lepi­doptera (butter­flies) by 96%, coleoptera (beetles) by 115% and diptera (flies) by 252%, according to a moni­toring study in 10 agri­cul­tural plots in Spain and Portugal, carried out by the company.

Flower margins are sown with herba­ceous plants adapted to each climatic area and are multi­func­tional. In addi­tion to attracting a wide variety of polli­na­tors and insects, they protect against erosion and runoff into water­courses. “The margins must occupy 3-5% of the plot perimeter, with a width of 4-6m. Where the crop ends the margin starts,” says Mr Canomanuel, who recom­mends planting in autumn and weeding in summer with two harvests every five years.

During 2019/20 season sunflower farming has increased by 3.2% compared to the previous year. During the same time period oilseed farming in general has decreased by 8% to 10.8m ha. Oilseed produc­tion has fallen by 10.9% to 29.5m tonnes, most of the decline is in rape­seed, which is partly compen­sated for by the rise in sunflower and soya. 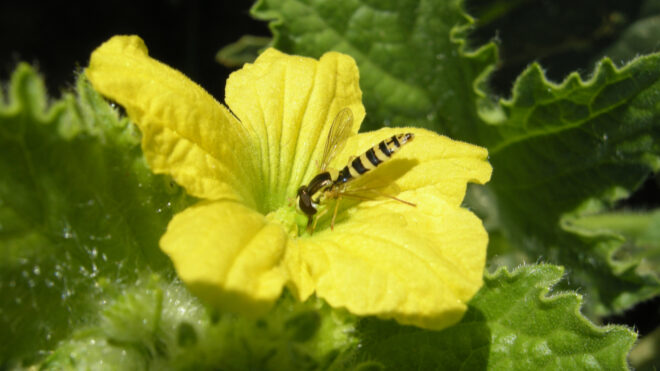 A REAL ALTERNATIVE TO PALM OIL

Spain is the second biggest importer of palm oil in Europe, 1.8m tonnes behind the Nether­lands which imports almost 2m tonnes. In 2000 it imported only 77,000t. Sunflowers could be the alter­na­tive: They are sustain­able, and their high oleic prop­er­ties are appealing. In France only 170,000t of palm oil are imported.

Water is one of the essen­tial foun­da­tions of agri­cul­ture. How will its avail­ability in Europe develop in the future? Our info­graphics provide an overview.﻿

Lavender and einkorn wheat are a dream team. This pairing makes the farmers of Provence happy, as well as their customers all over the world.﻿