It supplies biomass, promotes soil fertility and biodi­ver­sity and helps with water protec­tion – the peren­nial cup plant has quite a few aces up its sleeve. According to recent studies, it is an alter­na­tive to maize for biogas energy produc­tion. Dr Siegfried Schit­ten­helm from the Julius Kühn Insti­tute tells us what this plant is all about.

Dr. Schit­ten­helm, why are you looking for alter­na­tive energy crops in the first place?

For some time now, there have been lots of addi­tional maize vari­eties in our fields and they are being used for biogas produc­tion. That much maize is not good in terms of sustain­able agri­cul­ture. Alter­na­tives are needed for agro­bio­di­ver­sity, soil fertility and water protec­tion. 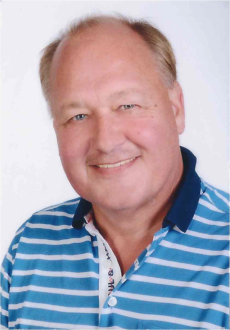 Dr Siegfried Schit­ten­helm is an agri­cul­tural biol­o­gist and has also been working with the peren­nial cup plant at the Insti­tute of Crop and Soil Science at the Julius Kühn Insti­tute (JKI) in Braun­schweig for about 10 years.

What is the cup plant partic­u­larly good at?

Exactly that: Bringing diver­sity into agri­cul­ture and ensuring sustain­ability. Once sown, the cup plant can be used for many years, as it’s a perma­nent crop. This results in a cycle that eats up less of the soil. Addi­tion­ally, the cup plant has a deep and dense root system, which gives the soil more support, espe­cially during heavy rain­fall on slopes. And last but not least, one of its strengths is that it has flowers and there­fore is bene­fi­cial to bees and other insects in the period after the rape­seed flow­ering season.

What about the cup plant’s main job? How good is its biomass yield?

In good condi­tions, the cup plant produces a similar biomass yield to maize. It compen­sates for the approx­i­mately 15% lower methane yield with lower costs, saving on seed, tractor diesel, fertiliser and pesti­cides during cultivation. And on top of that, some­thing which is very impor­tant for nature conser­va­tion and water protec­tion; no tillage is required.

What effect does this have on the nitrogen content in the soil?

After maize is harvested, there is usually a lot of nitrogen left in the soil that can leach out when it rains in winter. That’s not good for our water sources. The situ­a­tion after the cup plant harvest is different because in the autumn the plant sprouts again to knee-height after being harvested, so the mineral nitrogen still present in the soil is absorbed by the cup plant and is thus protected from leaching. The re-sprouting is also then a free green fertiliser.

A wide range of crops is impor­tant for sustain­able agri­cul­ture.

Recent research has shown that large amounts of organic matter accu­mu­late under the cup plant during the long periods of down­time and soil regen­er­a­tion. Only after the perma­nent crop has been ploughed up and the field has been rein­te­grated into the farm’s crop rota­tion does miner­al­i­sa­tion result in a high nitrogen resupply. This then makes smart nitrogen manage­ment neces­sary.

So should the cup plant replace maize?

No, not at all. Maize is a great crop. It has an extremely high yield and hardly has any diseases. It’s not a matter of displacing it, but reducing maize to a reason­able level is a good goal to have. A wide range of crops is impor­tant for sustain­able agri­cul­ture. 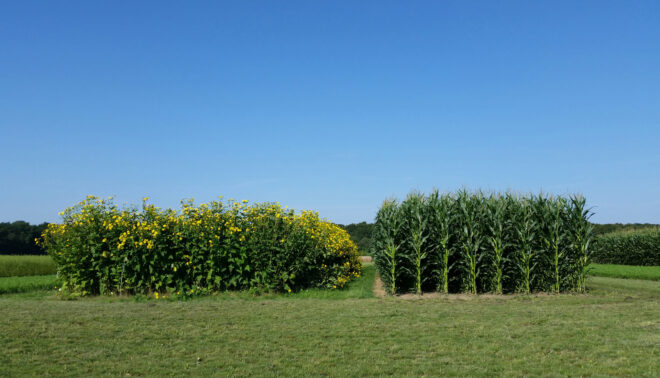 This is what field research looks like – when silphia stands up to corn.

What do you recom­mend for the first year of cultivation?

In the first year after sowing, the cup plant only grows to about half a metre high and does not have a very high yield at all. In order to get some­thing out of the first harvest, it is best to grow it as a nurse crop with maize. This means a perma­nent cup plant crop can be estab­lished in combi­na­tion with a biomass harvest of maize. The plant, over the years, then grows up to three metres tall with lots of flowers and large leaves. The cup plant loses its lower foliage in the almost light-proof stands, but this is also bene­fi­cial, as the resulting leaf scat­tering promotes soil life like earth­worms and there­fore soil fertility.

The amount of water required is compar­a­tively high, not least because of the large leaf area. To produce the same amount of dry matter, the cup plant needs 50% more water than maize does. The cup plant should there­fore be grown where there is suffi­cient water avail­able – be it through high rain­fall, high soil water storage, or a connec­tion to ground­water. The cup plant is not recom­mended as an inter­crop in a crop rota­tion due to the high seed costs.

How should the cup plant be fertilised?

For nutrient recy­cling, fertil­i­sa­tion should be done by using fermen­ta­tion residues from biogas plants.

And over how much area is the plant currently being grown?

I can only speak for Germany, where we have about 6,000ha this year. Demand has increased recently; its cultivation here is consid­ered an ‘ecolog­ical priority area’ and is promoted by the EU as part of ‘greening’. 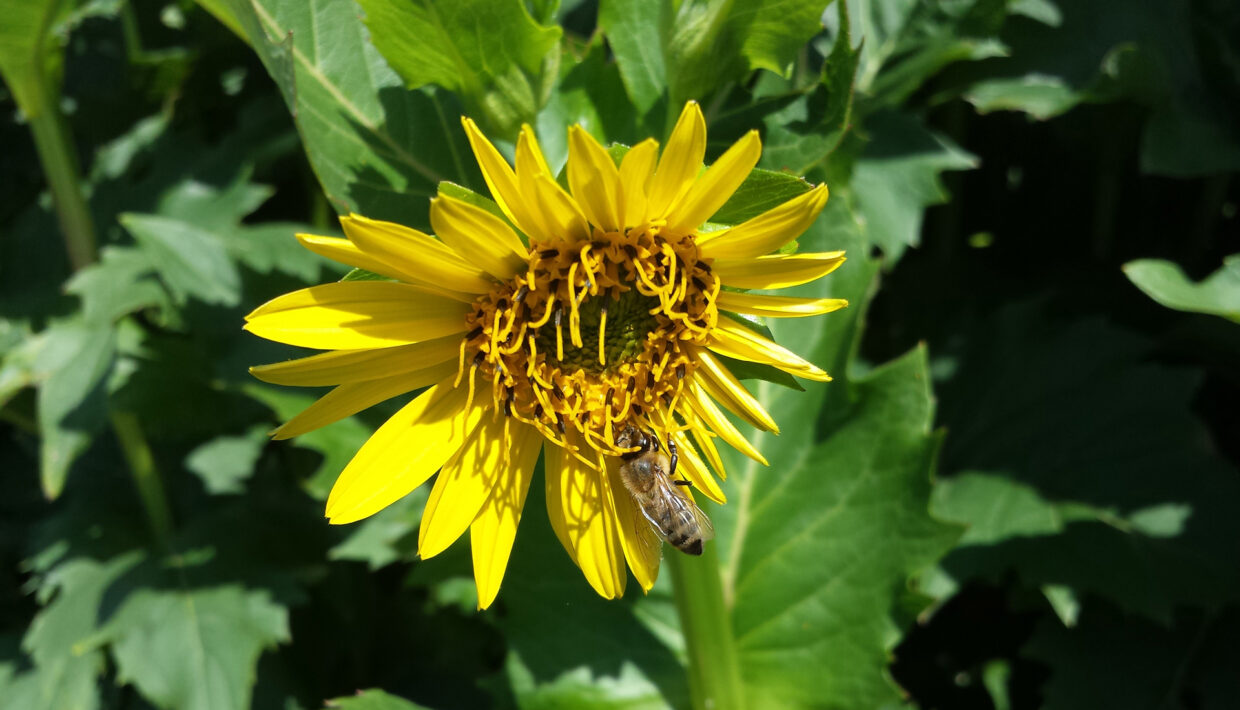 For the honey bee, the flow­ering of the silphia comes just at the right time.

The super­powers of the cup plant

Char­ac­ter­is­tics of the cup plant

Heliotropic sunflowers (which follow the sun’s move­ments) are resilient to scorching summer weather. And high yielding vari­eties which are rich in oleic acid are the prime mate­rial in healthy and sustain­able vegetable oils.﻿