Estate has based its busi­ness on hemp

This is life at Moellerup Estate: Hemp in the field and in a variety of foods, and the devel­op­ment of propri­etary tech­nology for the use of hemp and other raw mate­rials. The estate was run as an ordi­nary farm for almost 800 years, until the owners discov­ered the possi­bil­i­ties of hemp as a crop.

When a trendy young shopper returns from the local super­market with a jar of hemp pesto in her bag, or when she is massaging her face with an anti-aging facial mois­turiser made with hemp oil, there is a direct link to an estate in southern Djurs­land, one with a very long history.

As a matter of fact, the history of Moellerup Estate in Denmark goes back to the days when King Erik Klip­ping was killed in Find­erup Lade in 1286, and the then-owner of Moellerup, Marsk Stig, was convicted of the killing and outlawed. That Mr Stig might have been set up is another issue, one which will prob­ably never be solved. 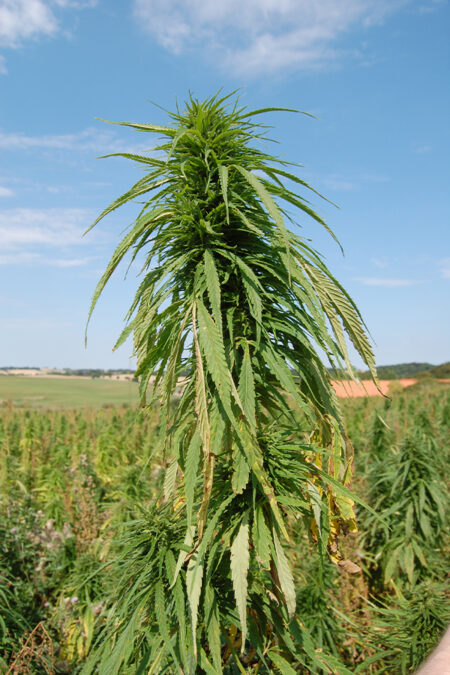 Hemp of the type grown at Moellerup Estate can reach a height of up to two metres.

In any case, the prop­erty of the accused king killer now supports a small group, centred around a crop that went long unused in Danish farming, but which has now returned. Hemp.

Hemp is a fantastic crop. You can do every­thing with hemp

“Hemp is a fantastic crop,” says Anne Sophie Gamborg, whose family has owned Moellerup since 1920. “You can do every­thing with hemp,” she continues enthu­si­as­ti­cally.

“You can produce food from the seeds, medica­tion from the leaves, and textiles, rope and many other things from the stems. When the Vikings arrived in Vinland, in what is today Canada, they brought hemp seeds that were planted imme­di­ately. Other­wise, they could not produce ropes and sails to return home,” she explains.

Rich in protein and oil

It’s not for the produc­tion of rope and sail that hemp is grown in Djurs­land today. Moellerup and asso­ci­ated part­ners are producing it for the seeds. These are marketed, among other things, for being richer in protein than other plants and for containing all of the nine essen­tial amino acids needed by the human body. Hemp oil also has a high content of the bene­fi­cial omega-3 fatty acid in a perfect ratio to other types of fatty acids.

Following light treat­ment, the seeds can be used in an endless number of food prod­ucts, and hemp oil can be used for skin care prod­ucts.

After harvest, the seeds are dried to 9% water content for optimum storage. They are subse­quently trans­ported to the factory run by Moellerup in Nors near Thisted, where they are peeled, roasted, ground into flour, or pressed into oil. Now the seeds can be used in flour mixes, mustard, salami, pesto, tea, beer, gin and other good things.

Four busi­nesses in the attic

The attic above the estate’s old horse stables has been converted into a modern office envi­ron­ment for the employees of four hemp-related busi­nesses, estab­lished by Mrs Gamborg, her husbond Stig Gamborg and their chil­dren over the past 15 years. 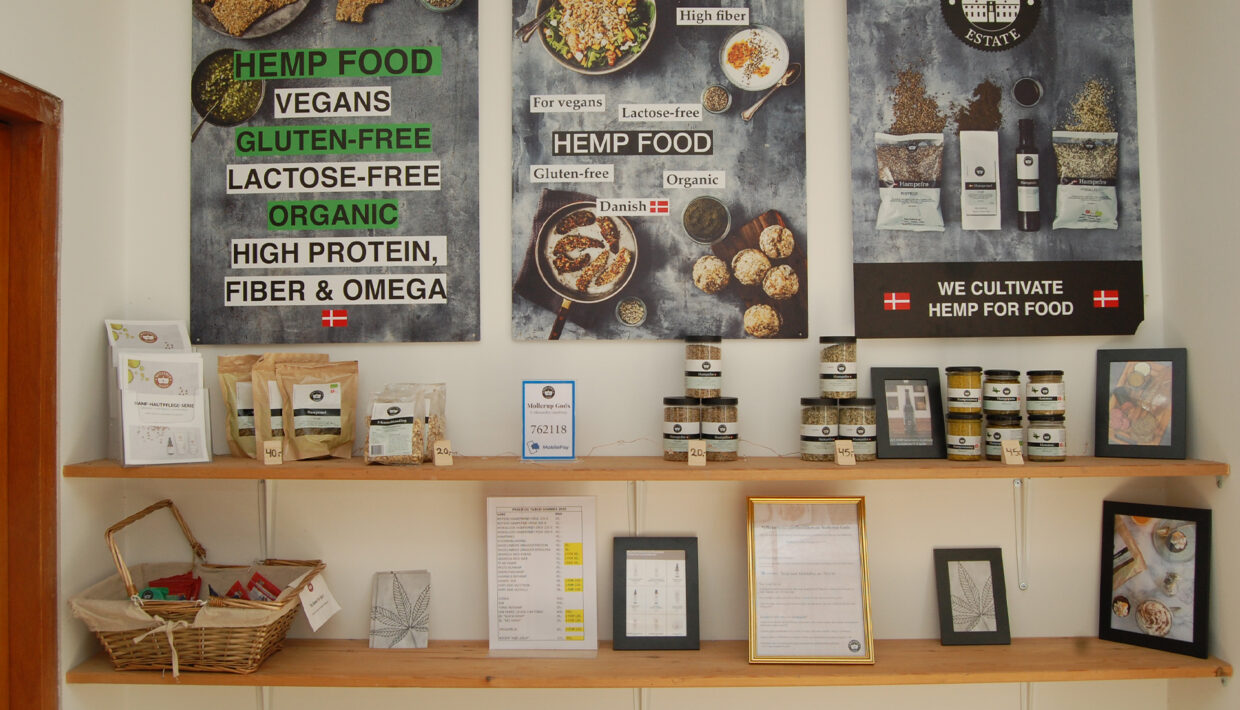 The farm shop provides infor­ma­tion about hemp for food use.

The small group has a clear busi­ness strategy, even if it did all start by coin­ci­dence when Mrs Gamborg completed her training as a manager at the ecolog­ical farming school at Kaloe when she was about 40. She wanted to improve the farm, but had no inten­tions of turning Moellerup into an organic venture. “Our loamy soil is too good for that. Our yields would drop too much, and I am highly focused on sustain­ability,” she explains.

She had no inten­tions of turning Moellerup into a centre for hemp either, even if she did choose that crop as the topic for her final paper.

“I just thought it would be fun to write about hemp, and it could be cool to show my chil­dren and the younger students that someone my age could be aware of this.” But the conclu­sion of her paper was that a yield of only around 1t/ha of hemp seed was possible. “Thus, it made much more sense to grow other crops.”

Despite this, the final paper did lead the way for hemp on the old estate. Based on her paper, Mrs Garm­borg had contact with Bodil Pallesen, then a consul­tant with exper­tise in hemp, at the Agri­cul­tural Advi­sory Centre. Through her, she got to know a woman in Horsens who had invented tech­nology to extract fibres from hemp stems and other plants. 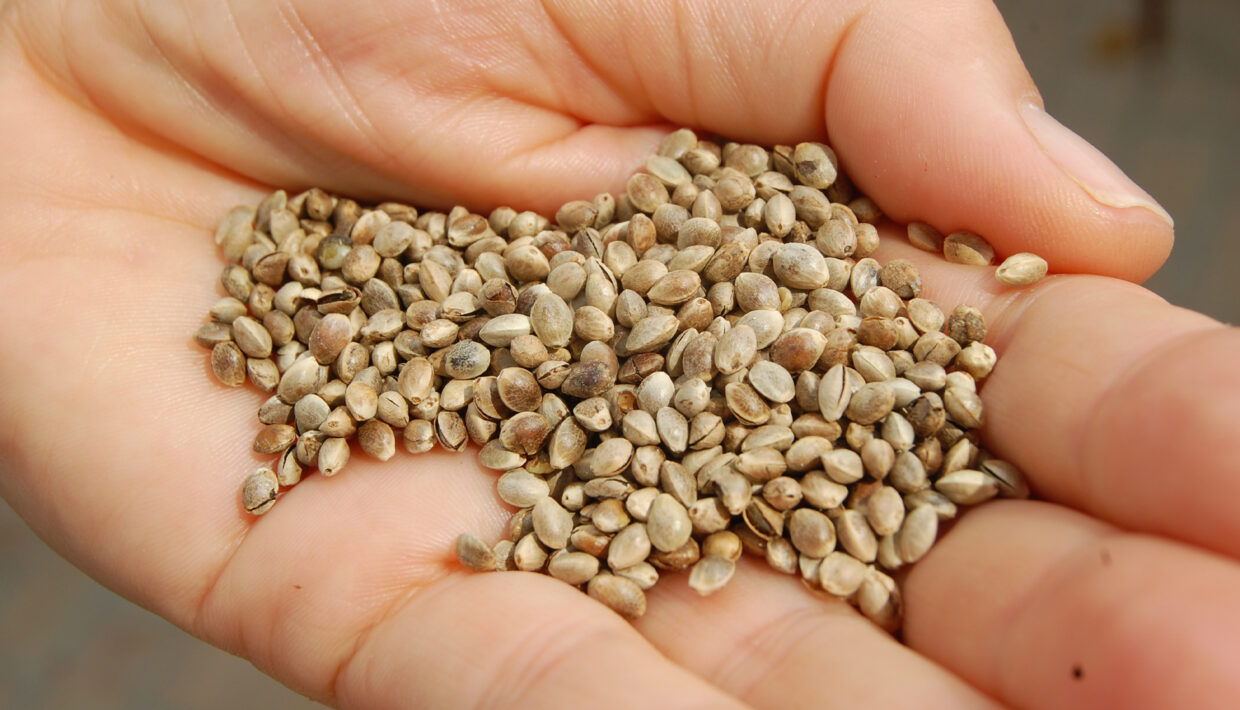 A handful of hemp seeds can be used in many ways in the kitchen. 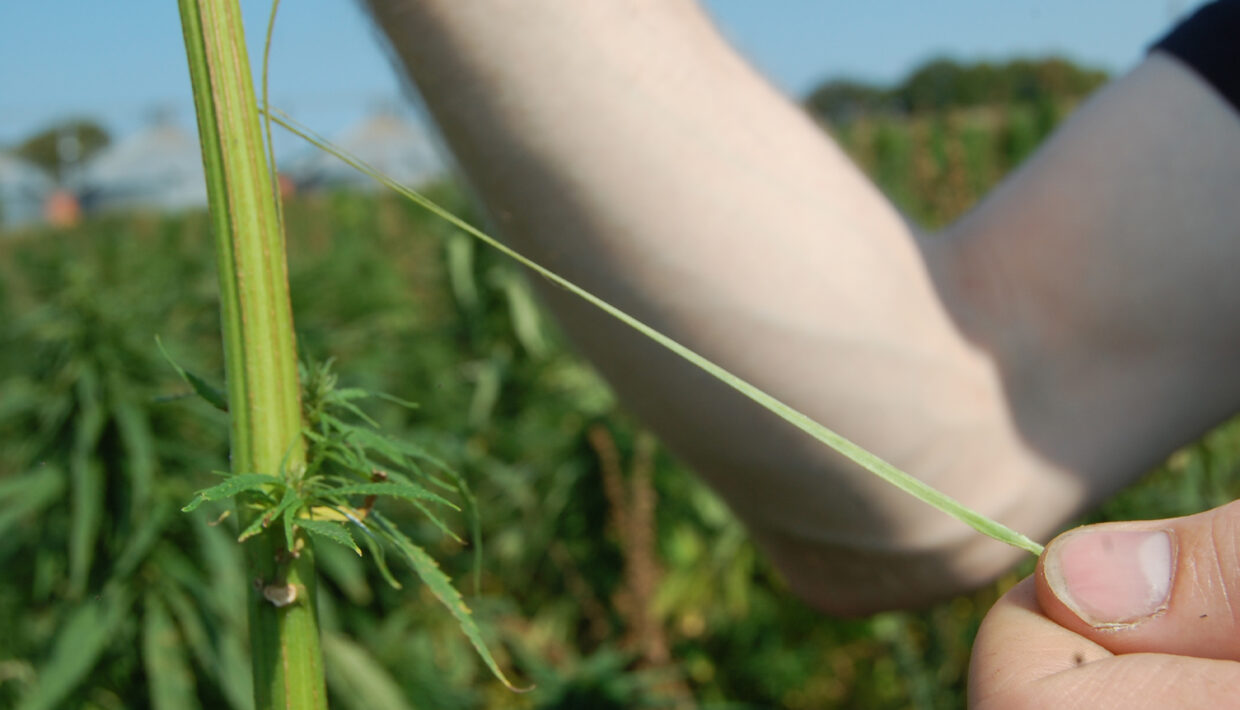 The fibres in the stems are very strong and were previ­ously used for rope.

This sparked the entre­pre­neurial spirit in the Gamborg family. Together with the inventor from Horsens, the local black­smith in the neigh­bouring village and the family’s au-pair’s boyfriend, Mr Gamborg build the first machine according to the inventor’s new prin­ci­ples. And it worked!

At first, the machinery was located in an old barn at Moellerup; later it was moved to the factory in Nors. The tech­nology can be used for all kinds of raw mate­rials containing fibres, not just hemp. It may be textiles, old car tyres, paper or wood. Actu­ally, most raw mate­rials are cheaper than hemp. So even if the tech­nology has led to good busi­ness in the Moellerup compa­nies Advance Nonwoven and Convert A/S, it did not lead to hemp growing in the fields of Moellerup. 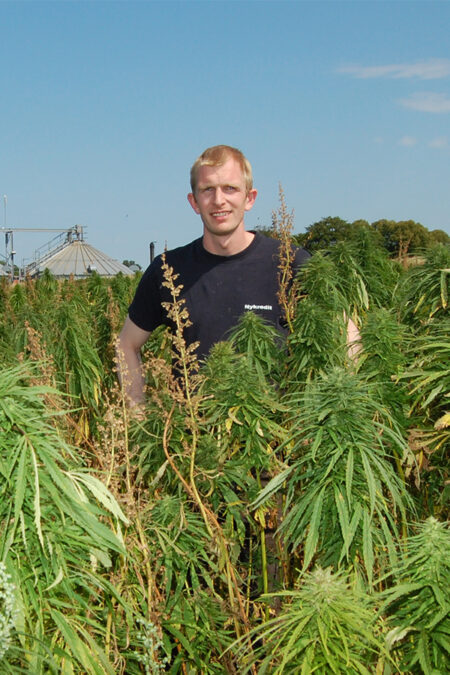 Hemp in more and more fields

In 2014, inspi­ra­tion from Canada led to the Gamborg family seeing possi­bil­i­ties in hemp as a food­stuff with very special qual­i­ties, fully compen­sating for the rela­tively small yield. In 2015 they started growing hemp on 30ha, and it took off from there. In 2019 they were growing the crop on 220ha of Moellerup land, plus 280ha at co-oper­ating organic farms. By 2020 the part­ners’ total ecolog­ical hemp area grew to 400ha.

Even in conven­tional produc­tion, no pesti­cides are allowed at all in hemp. Despite that, there are no major prob­lems with fungi, pests or weeds.

“We did have some meld­weed, mugwort and some thistle in a field, where as a test we were growing hemp contin­u­ously for five years,” explains the manager at Moellerup, Emil Marcus Pedersen.

In rota­tion with grain, it is no problem keeping the weeds at bay. If the plant gets off to a good start, hemp grows quickly to the height of a person and outcom­petes the weeds. A good start requires the addi­tion of 100kg N of manure or liquid ammonia per hectare, during seeding in mid- or the end of May. But the weather should also give a helping hand. Hemp must be seeded shallow thus the germi­na­tion may be hurt by drought or cold. Harvest takes place 120 days after seeding, so the final half of September.

While conducting his field doctorate research, Dr Mohammad H A Ibrahim came across an inter­esting bacterium at a poultry farm in Egypt. Now it is part of a process producing high-grade feed protein and bio-degrad­able plas­tics from waste organic matter.﻿

In France, on the island of Noir­moutier, the tradi­tion of harvesting early pota­toes stretches back over two centuries. We meet with the producers of tubers which have a sophis­ti­cated taste and high added-value.﻿